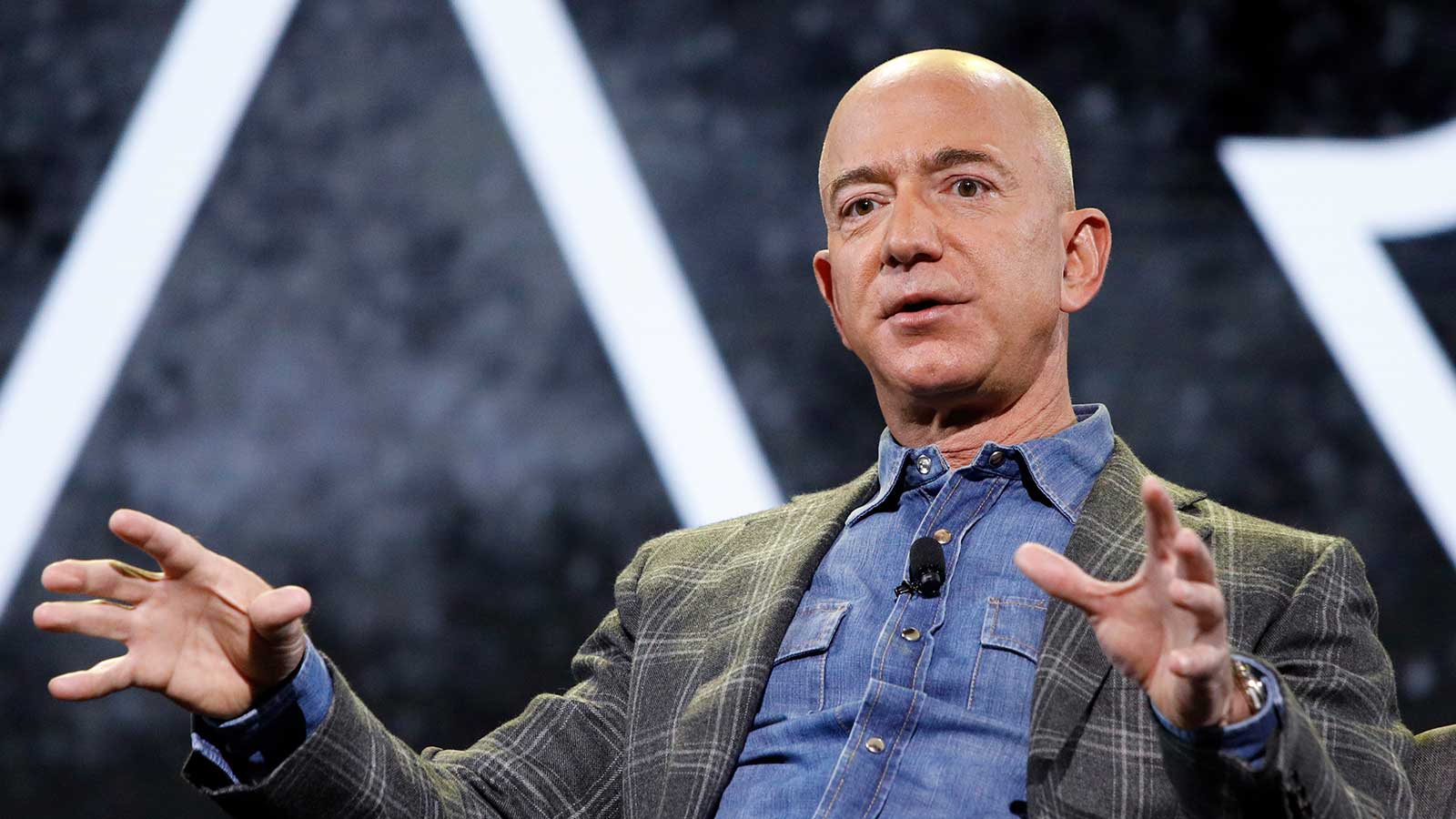 The release of the records sent shock waves through Washington, with the federal government referring the unauthorized disclosure to investigators and some Democrats saying the revelations affirmed their long-held views that the wealthiest Americans are able to shield much of their wealth from taxation.

The information published Tuesday shows how billionaires are able to legally reduce their tax burden, highlighting how the American tax system can hit ordinary wage-earners harder than the richest people in the country. That’s often because the richest Americans tend to have their wealth tied up in stocks and real estate, allowing them to avoid taxes on unrealized profits.

Some tax experts said the ProPublica report fits with previously documented critiques of the U.S. tax system, but they were nonetheless surprised by the disclosure of such detailed personal information about some of the country’s richest individuals and how they benefit from the current tax laws.

“I think this is big because it tells the story of wealth and the way it is taxed in a way everybody kind of expected but didn’t know,” said Philip Hackney, a former IRS official who teaches tax law at the University of Pittsburgh.

The report comes after President Joe Biden and other Democrats have complained the U.S. tax system is unfair and tilted to benefit corporations and the wealthy. There has been a fierce debate in Washington for decades about how much money the wealthy should pay in taxes, but little was known publicly about the tax payments of individual billionaires.

White House press secretary Jen Psaki declined to comment directly on the ProPublica report, calling it an inappropriate disclosure of confidential information. She said the Treasury Department and IRS had referred the matter to at least two inspectors general, the Federal Bureau of Investigation, and the U.S. attorney’s office for the District of Columbia.

But Psaki added, “broadly speaking, we know that there is more to be done to ensure that corporations, individuals who are at the highest income are paying more of their fair share. Hence, it’s in the president’s proposals. His budget and part of how he’s proposing to pay for his ideas will go ahead.”

ProPublica analyzed the data by focusing on the soaring fortunes of the country’s wealthiest members in recent years and alleged they were paying a “true tax rate” of just 3.4%. The news organization came up with this rate by calculating estimates of the value of their stock portfolios and other assets and then how much they paid in federal income taxes. This is not how tax rates are normally measured.

The core issue for many of these billionaires is how their income grows compared with how their wealth grows. The U.S. tax system focuses on income, not so-called “unrealized gains” from unsold stocks, real estate or other assets.

“These are extremely well-known facts,” said Jeffrey Hoopes, a tax expert and associate professor at the University of North Carolina at Chapel Hill.

“If you don’t realize [the income], you don’t pay,” Hoopes added.

“We are structured in an unequal way,” Hackney said. “The basic game if you’re very wealthy is, hold a lot of wealth, let it go up in value and generally to support your lifestyle, just borrow money.”

That would not change under Biden’s proposals for altering the U.S. tax code. The president wants to nudge the top income tax bracket from 37 percent to 39.6 percent for Americans earning more than $400,000 a year and raise taxes on the sale of certain assets — known as capital gains — from 20 percent to the top income rate.

Biden has rejected a so-called wealth tax, such as the one proposed during the presidential campaign by Sen. Elizabeth Warren, D-Mass., which would institute a tax on unsold assets for the ultrarich. Biden has also proposed raising taxes on corporations, a number of which pay little if any corporate income taxes, according to some estimates. The president has also pushed to require wealthy people to pay taxes on all previously untaxed capital gains when they die, a change from current policy.

Another way of taxing wealth has been floated by Sen. Ron Wyden, D-Ore., who has proposed an annual tax on unrealized gains on stocks and bonds for wealthy individuals.

Warren said the new details about wealthy taxpayers supported her proposal for an annual tax on assets above $50 million for ultrarich individuals, undercutting criticism that valuing nonliquid investments would be too complex. These individuals appear to hold the majority of their wealth in public-company stock, which is easy to value, she said.

“What this shows is, actually, it’s not that hard to value hundreds of billions of dollars of wealth and tax it on an annual basis,” Warren said.

The Trump administration and congressional Republicans slashed taxes across the board in 2017, and Republicans have vowed to block any efforts by the Biden administration to roll back those changes. Their position has created a big roadblock for key pieces of Biden’s agenda, including the White House’s push to approve an infrastructure package.

There already was some data about taxes paid by the wealthiest Americans, but not with the detail found in what ProPublica said it obtained.

The IRS publishes a report on the taxes paid by the top 400 taxpayers based on adjusted gross income. The most recent version, which uses anonymous data, showed that in 2014 these richest Americans paid an average 23.13% federal income tax rate.

Pieces of information from individual IRS tax forms are closely guarded secrets and, in recent years, have loomed large in political fights after President Donald Trump refused to release his personal income tax forms in the run-up to and during his presidency, claiming his tax forms were under an IRS audit.

ProPublica did not disclose how it obtained the records, beyond saying it was from an anonymous source. Hoopes said he was surprised that someone was willing to take the legal risk. Just last week, a former Treasury Department official was sentenced to six months in prison after pleading guilty to leaking banks’ suspicious activity reports to a BuzzFeed News reporter.

“The unauthorized disclosure of confidential government information is illegal,” said Treasury Department spokeswoman Lily Adams, adding that the issue has been referred to multiple agencies, including Treasury’s inspector general for tax administration.

The records, though, purport to show Buffett, head of Berkshire Hathaway, as having paid $23.7 million in federal income taxes on total income of $125 million from 2014 to 2018, which would indicate a personal income tax rate of 19%. ProPublica estimated that Buffett saw his wealth soar by $24.3 billion during that period and so his “true tax rate” was 0.10%.

Buffett has in the past called for tougher restrictions on the wealthy to prevent them avoiding paying taxes.

Likewise, Musk, chief executive of Tesla, paid $455 million on $1.52 billion in income during the same period, when his wealth grew by $13.9 billion, accounting for a “true tax rate” of 3.27%, according to ProPublica.

Bezos, chief executive of Amazon and the owner of The Washington Post, paid $973 million in taxes on $4.22 billion in income, as his wealth soared by $99 billion, resulting in a 0.98% “true tax rate.”

Bezos filed a tax return in 2011 reporting he lost money because of bad investments, allowing him to claim and receive a $4,000 tax credit for his children, according to ProPublica.

Spokespeople for Musk and Bezos did not immediately respond to a request for comment.

In a statement to ProPublica, Buffett said that his company, Berkshire Hathaway, pays a large amount of corporate income tax and that he has planned for more than 99% of his personal wealth to go to taxes and philanthropy.

“I believe the money will be of more use to society if disbursed philanthropically than if it is used to slightly reduce an ever-increasing U.S. debt,” Buffett wrote in the statement.

“But that will be for Congress to determine,” through changes to U.S. tax policy, he added.

Buffett has long complained that it is wrong for rich people, like himself, to pay a smaller share of their income than ordinary workers. That led President Barack Obama in 2011 to propose “the Buffett rule” – a tax plan requiring people at the top of the income scale to pay the same tax rate as the middle class. That idea never gained traction.

Another wealthy person whose tax data ProPublica obtained was Carl Icahn, the activist investor who built his wealth through corporate takeovers. He paid zero income taxes in 2016 and 2017, partly because he was able to deduct interest expenses on loans from his “adjusted gross income,” ProPublica said.

In an emailed statement to The Post, Icahn said that during those two years, he earned no “income” after accounting for those interest deductions. He said he paid all of the taxes he owed and has not taken any measures to deliberately avoid taxes.

“I don’t believe that investors, wealthy or otherwise, should be pilloried for risking capital,” Icahn said in the statement. “Quite the opposite, I think the strength of our economy relies in part on such activity being encouraged.”