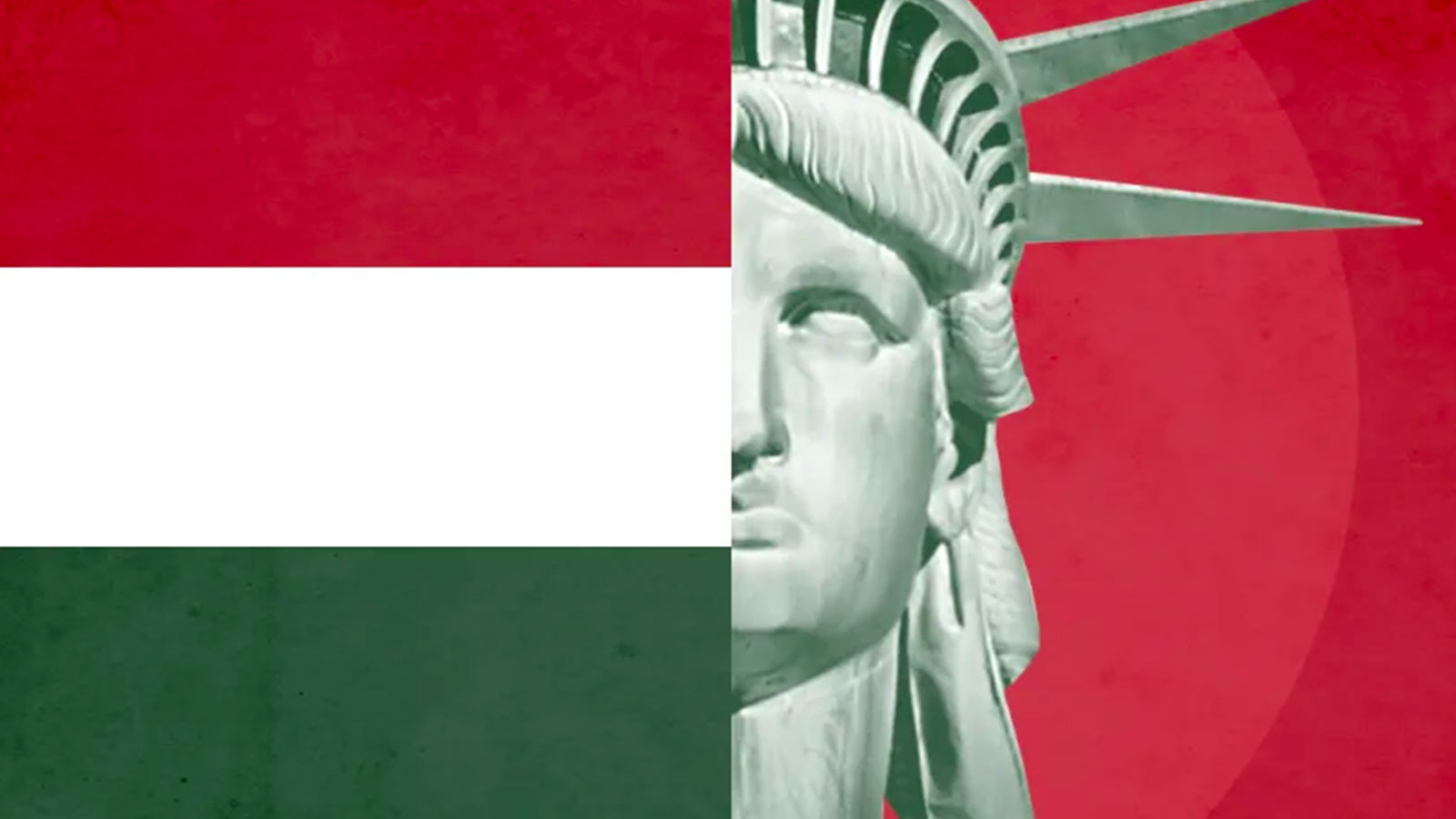 What makes a country great?

You Are Here: Home » Blog » Commentaries/Opinions » What makes a country great?

‘Richer than Hungary’ is a sadly low bar for the United States.

The right is in love with Hungary. Fox News’ Tucker Carlson broadcast his show from there recently, and met with Prime Minister Viktor Orbán — who has turned that country into a corrupt, authoritarian psuedo-democracy. Carlson and other right-wingers like writer Rod Dreher admire Orbán because they want to copy his program and direct state repression against their political enemies.

In response, liberal blogger Matt Yglesias argues that Hungarian nationalism is stuff for chumps and losers. These conservatives are “so down on American culture and society writ large that they’re pining for these second-rate countries wallowing away in illiberal obscurity,” he writes. “The reality, though, is that America has a lot going for it … Our big tech companies dominate the global market capitalization listings. Our entertainment industry dominates global popular culture. Our universities dominate global higher education rankings.”

Some of his points are well-taken. But economic or cultural dominance is not the main reason that the U.S. is better than Hungary, and this country still has some truly humiliating problems.

Now in some ways, Yglesias’s article is satisfying reading. For decades, conservative Republicans have posed as the party of chest-thumping ultra-patriots who bleat constantly about how America is the best country on the planet. In reality, it’s been obvious for years that conservatives loathe the United States as it actually exists — they hate the cosmopolitan multiculturalism, they hate the (incomplete) tolerance of gay and transgender people, they hate the huge number of immigrants, they hate people not speaking English, they hate birthright citizenship, and so on.

Today, they’re just saying it openly instead of camouflaging their boiling anti-Americanism under a patriotic facade. Right-wing rallies have even begun to ditch the real American flag in favor of the quasi-fascist “thin blue line” flag.

Still, it tests even Tucker Carlson’s capacity for shameless hypocrisy to jet over to Hungary and rhapsodize about how much better it is than America. Conservatives were screaming at Yglesias for days over his Hungary-skeptical comments because of cognitive dissonance — a hit dog will holler, as the saying goes. If nothing else, it was an excellent piece of trolling.

In the broadest terms, I also agree with Yglesias that other things equal, a country being rich is a good thing. Everyone is better off with enough to eat, a roof over their head, and spare money for some modest luxuries.

But that’s about where I get off the patriotism train. Other things are extremely not equal in the United States — this is the richest large country, but it is the worst among all peer nations at harnessing that wealth for the good of the citizenry, by a huge margin. Take health care: a recent Commonwealth Fund study examined the health care systems of 12 of the most-developed countries, and found that the American system was by far the most expensive and by far the worst-performing: 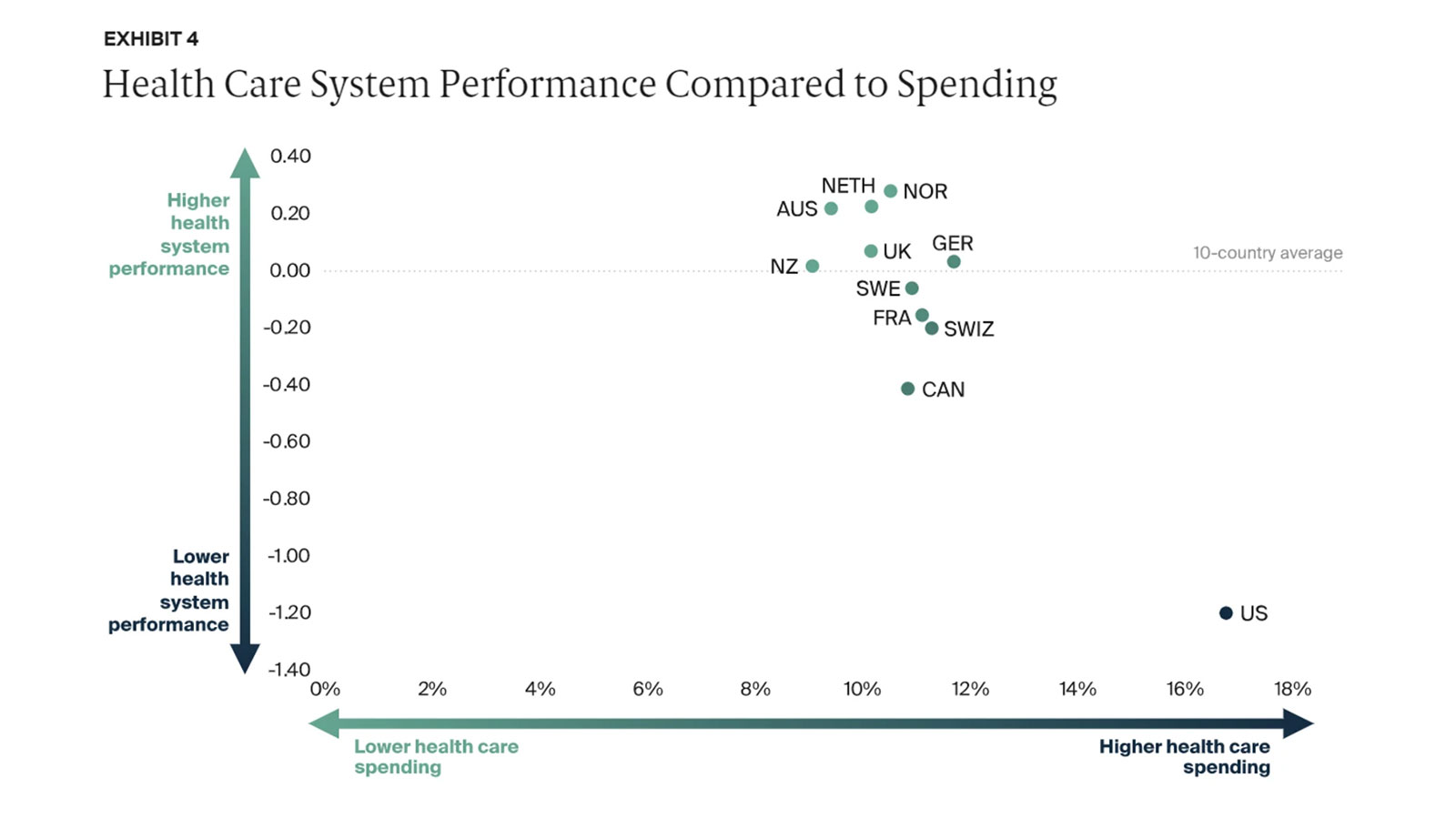 As of 2019, American life expectancy was 76.3 years — almost six years behind Switzerland, five years behind Norway, and three years behind the U.K. We’re just barely ahead of Turkey and just over three years ahead of supposedly-dysfunctional Hungary, despite having nearly twice their GDP.

The rest of the American welfare system is a similar pile of humiliations: we’re the only rich country without national paid family and sick leave, and the only one without national mandatory paid vacation. As a result, we work pointlessly long hours — if Americans worked as much as Danes on average, we would have about 10 more weeks of vacation every year.

We do sort of have a child allowance thanks to the American Rescue Plan, but it is set to expire next year, and its inexplicably clumsy design means it will likely miss the poorest people who need it the most. Our unemployment and retirement benefits are also crap relative to many of our supposedly inferior peers.

A big reason for this is the long and deep tradition in this country of rating high economic production over equal distribution, welfare programs, or more time off work, as Yglesias partakes of in comments on Hungary. “Growing the pie” rather than cutting it up more evenly has long been an explicit objective among policymakers in both parties. Another reason is the ancient American Constitution, which was obviously badly out of date a century ago, and now is all but non-functional (ahem). The near-impossibility of legislating is one of the reasons why American infrastructure is ludicrously overpriced, why we are only now barely starting to make our cities pedestrian- and bike-friendly, why we have more people in prison than any rich country, and on and on.

Yglesias is of course perfectly aware of these problems, but his rah-rah attitude means he can’t help but paper over them — noting limply that “I think we fall down a bit in terms of taking care of each other.”

There is room to appreciate the genuine virtues of the U.S. without falling into knee-jerk anti-Americanism of either the right- or left-wing variety (the latter of which is simply its own type of chauvinism). The United States is an unusually large democratic republic, it has magnificent scenery of every description, it has a deep and rich culture that has influenced the whole of humanity, it has a highly unusual identity system based on citizenship rather than some half-imaginary notion of blood and soil, it really has been a home for immigrants from all over the place, it has produced a long list of egalitarian heroes like Abraham Lincoln, Eugene Debs, Franklin Roosevelt, and so on.

But it also has the worst political system and the worst welfare state in the developed world. I like America as a place and its people, and in any case it is my country whether I like it or not, but I think it would be rather dishonest not to face our problems squarely. We might be able to beat Hungary in an economic competition, or attract more high-skill immigrants than Poland, but Denmark or France beats us like a rented mule at providing a decent quality of life. The first step to fixing that problem is admitting it — if we love America, let’s make it even better.