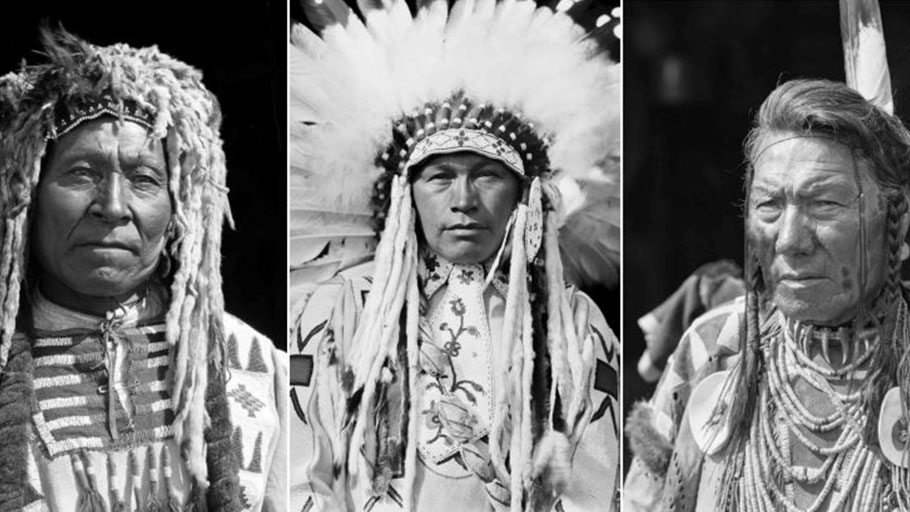 Where Did We Come From? And who was there in the first place?

You Are Here: Home » Blog » Commentaries/Opinions » Where Did We Come From? And who was there in the first place?

This will be the beginning of a series about where we came from and/or who was there already. Trump repeatedly says “Go back to where you came from.” So, I have questioned what on earth does he mean by that. All of us homo sapiens in the world came from Africa. But, also, as I started thinking about where I was born and where I have lived, I realized there have always been indigenous populations, originally from Africa of course, living there centuries earlier.

Below is list of where I have lived primarily over the years and about the indigenous people who first settled in these areas/countries. First, here is some background:

Canada: I was born in Edmonton, Alberta, Canada, which was first populated by what is often referred to as the Amerindian race having arrived in North America some 21,000 to 10,000 years ago.

United States: In the 1950s my family moved to Atlanta, Georgia in the United States that was first populated by the Cherokee and Creek indigenous population: “Both had ancestors who were part of the Mississippian Period chiefdoms (A.D. 800-1600)”.

Australia: In the late 1960s I married an Australian and lived primarily in Wollongong, New South Wales which is situated along the Pacifica coast south of Sydney. ‘Wollongong’ is an aboriginal term meaning ‘where land meets water’ which indeed is the case. It is estimated the aborigines in New South Wales arrived some 20,000 years ago.

Singapore: In the early 1970s, I lived in Singapore in Southeast Asia. The early population of Singapore “linked Southeast Asia with India and the Mediterranean” in the 2nd century. “The earliest settlers of the island were known as the Orang Lauts, and the island was an outpost of the Srivijaya Empire.” Below is additional information about the indigenous populations where I have been fortunate to live.

Below is additional information about the indigenous populations where I have been fortunate to live.

Everyone has to come from somewhere, and most archaeologists believe the first peoples of Canada, who belong to what is sometimes called the Amerindian race, migrated to western North America from east Asia sometime between 21,000 and 10,000 B.C. (approximately 23,000 to 12,000 years ago), back when the two continents were connected by a massive land bridge known as the Bering Plain. In the centuries that followed, these peoples spread all across the lands that now comprise Canada and the United States, forming hundreds of distinct tribes and settlements scattered across the vast landscape. Though population estimates vary wildly, the Amerindians likely numbered in the millions.

Alberta has one of the largest, youngest and fastest-growing Indigenous populations in Canada. First Nations in Alberta have an important role in shaping the social, cultural and economic impact of Alberta. There are 48 nations throughout the province, as well as many First Nations people living in urban settings. There are many diverse cultures, languages, traditions that make Alberta’s First Nations people distinct from other provinces. (Indigenous Tourism – Canada)

More than 76,000 people in the Edmonton region identify as First Nations, Inuit or Métis, once again making it home to Canada’s second-largest Indigenous population. (Edmonton Journal) 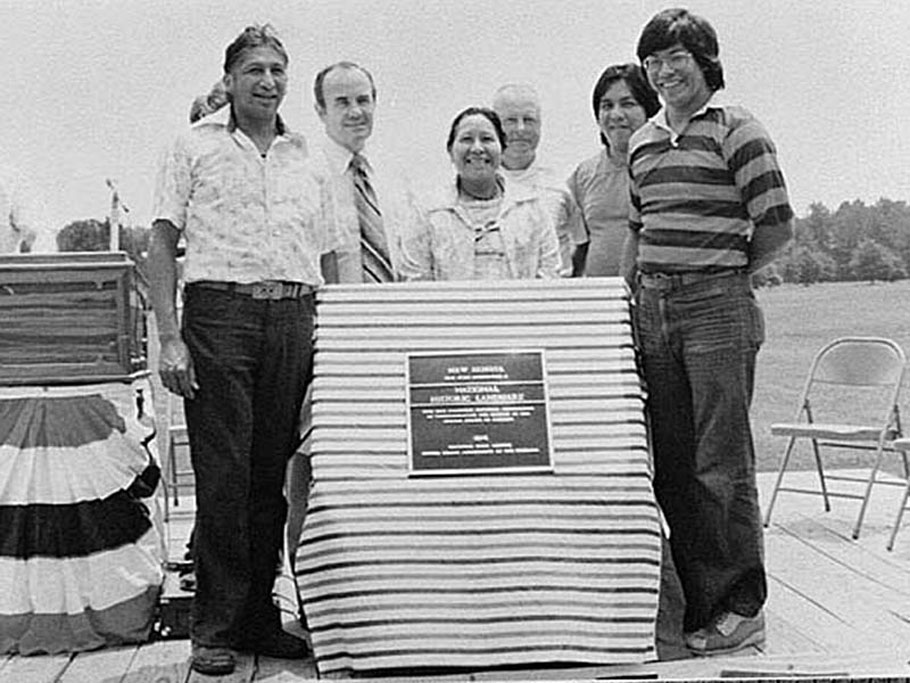 Cherokee Indian leaders pose in 1976 next to a plaque dedicating New Echota as a National Historic Landmark. Located northeast of Calhoun, New Echota was the capital of the Cherokee Nation. Georgia Encyclopedia.

The Cherokees inhabited the mountainous South long before the arrival of Europeans and Africans. Archaeological evidence and Cherokee origin stories indicate that Cherokee forbears settled their historic homeland many generations prior to the Spanish incursions of the sixteenth century. Occupying a land where a complex river system reached the Atlantic Ocean, Gulf of Mexico, and Mississippi River Basin, the Cherokees developed extensive relations with many indigenous peoples.

Foremost among these relationships during the Historic Period were those with the Creek Indians.

Cherokees and some of the ancestors of the Creeks had a long history of interaction in the north Georgia mountains. Both had ancestors who were part of the Mississippian Period chiefdoms (A.D. 800-1600) and who built impressive mounds throughout Georgia. With the arrival of Spanish explorers and Old World diseases, the chiefdoms collapsed, and remnant populations coalesced into new political entities, such as the Cherokees and Creeks. North Georgia subsequently served as a dynamic borderland between the two groups after the arrival of the British in the Southeast. (Georgia Encyclopedia) 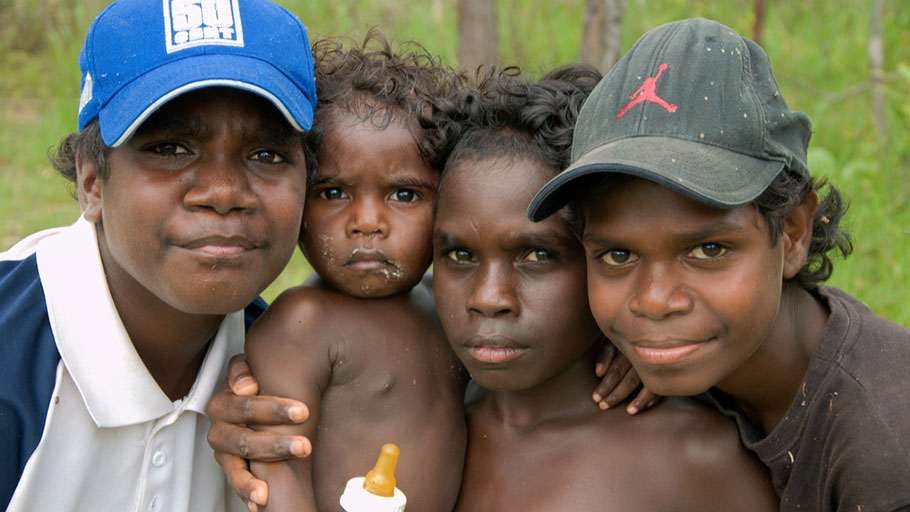 Archaeological evidence indicates Aboriginal people were resident in the Illawarra region of coastal New South Wales, Australia, for at least 20,000 years prior to the arrival of European after 1788. The non-Aboriginal view is that they reached the area as a result of migration from South-East Asia, across the former land bridge to the north, or in canoes by a similar route, and then along the coast to areas such as Sydney, Illawarra and Tasmania, where they found rich food resources. Aboriginal people themselves believe that they came from the land, that it is their mother, and that the Dreaming contains the answers to such mysteries. The Dreaming lies at the core of Aboriginal spiritual belief – it has no beginning, no end, and does not recognise time linearly, as in days, months and years. It is a part of everyday life, encompassing totems, ceremony, the division of labour, social structure and storytelling. (University of Wollongong)

The earliest records of settlement on the island dates back to the 2nd century, where the island was identified as a trading port which was part of a chain of similar trading centres that linked Southeast Asia with India and the Mediterranean. The earliest settlers of the island were known as the Orang Lauts, and the island was an outpost of the Srivijaya Empire until it was invaded by the Tamil Emperor Rajendra Chola I of the Chola Empire in the 11th century. A small Malay kingdom, known as the Kingdom of Singapura, was founded in 1299 by a fleeing Srivijayan prince, Sang Nila Utama, who was crowned as the Raja of the new state. After the fall of the kingdom in 1398, the island fell under the suzerainty of various regional empires and Malayan sultanates until its destruction by Portuguese raiders in 1613. (Wikipedia)