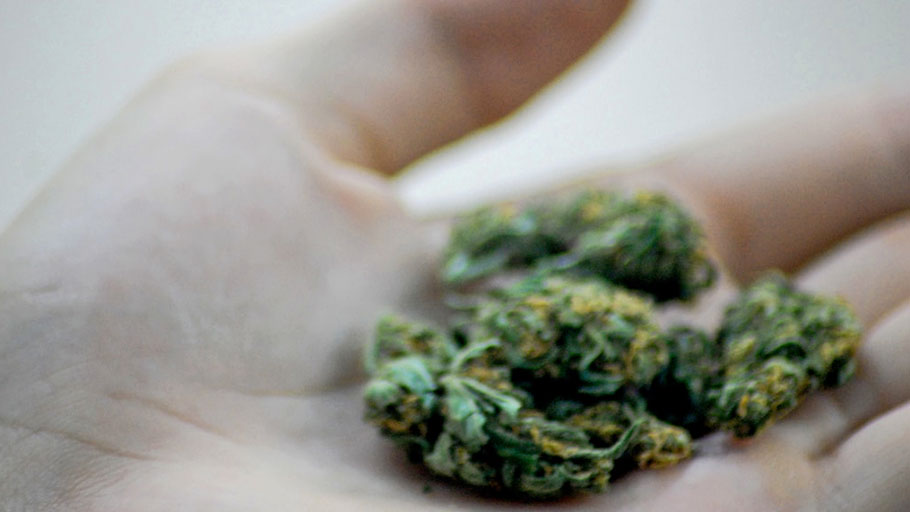 Before white people can cash in on legal weed, Wisconsin needs to provide reparations for black communities

You Are Here: Home » Blog » Commentaries/Opinions » Before white people can cash in on legal weed, Wisconsin needs to provide reparations for black communities

To put it bluntly, the history of marijuana law enforcement in Wisconsin is shameful.

In 2013, African Americans in Wisconsin were almost six times more likely than whites to be arrested for marijuana possession. Wisconsin has the fifth highest racial disparity in marijuana arrests nationwide, and this glaring inequality increased by 153 percent during the years 2001-10.

In Milwaukee, only a quarter of the population is black, but a full 86 percent of those arrested for marijuana-related charges in 2013 and 2014 were black.

In Dane County, home of liberal Madison, black drug offenders were a whopping 97 times more likely to be sent to prison than white drug offenders, as of 2002.

These statistics are more than just numbers — for a black man, a run-in with the criminal justice system can cost you your entire future.

More recently, change is coming, albeit slowly. Many Wisconsin cities have been easing up, decriminalizing low-level marijuana possession and limiting penalties for first-time marijuana offenders. The prospect of legalized marijuana is more popular than ever, with 59 percent of Wisconsinites supporting it, according to a 2016 Marquette Law School poll. Madison Police Chief Mike Koval has said he supports legalization, and even a Republican lawmaker introduced a decriminalization bill last summer. Our Midwestern neighbors in Michigan, Illinois and Minnesota have beat Wisconsin to creating medical marijuana programs, and Iowa plans to roll one out in 2019.

One Wisconsin business has already begun to capitalize on the nation’s booming marijuana industry. Pope Scientific, a company in Saukville, sells high-tech distillation apparatuses that enable clients to produce stronger, purer cannabis products. Despite the fact that weed is still illegal in Wisconsin, the firm is not shy about its new customer base. They advertise their stills at cannabis industry trade shows, in marijuana magazines and on a separate website and social media account created specifically for their weed-loving customers.

Dean Segal, vice president for sales and marketing at Pope Scientific, told Milwaukee Journal Sentinel when the firm started selling stills, models priced at around $40,000 were flying off the shelves. Now, as Pope Scientific’s new products gain popularity, the firm is selling stills for up to $500,000 to clients all over the world.

Segal said Pope Scientific has profited “very significantly” from trying their hand in the marijuana industry.

Meanwhile, hundreds of black and brown Wisconsinites are sitting in jail for doing the exact same thing.

Nationwide, people are unable to get jobs, vote or receive government benefits because they’ve been branded felons for using the same substance white women claim makes them better mothers on their blogs and white men across the country are cashing in on. Countless people have been isolated from their families and communities, as punishment for “crimes” that are no longer even criminalized.

“After 40 years of impoverished black men getting prison time for selling weed, white men are planning to get rich doing the same things,” Michelle Alexander, a civil rights lawyer, advocate, scholar and author of the disruptive best-seller, “The New Jim Crow: Mass Incarceration in the Age of Colorblindness,” said.

While no official statistics on race and cannabis business ownership exist, a Buzzfeed investigation estimated black people own less than 1 percent of legal U.S. marijuana dispensaries. Many of those affected most by the drug war are now systematically barred from cashing in on the legal industry because of marijuana felonies or pricey licensing fees.

So much pro-legalization rhetoric is centered around the health benefits or economic gain to be found by legalizing marijuana, rather than acknowledging the harm caused by the war on drugs.

After destroying countless communities and tearing hundreds of families apart, it’s not enough to simply decide marijuana isn’t so bad after all. For justice to be served, the success of the legalized cannabis industry needs to be used to help repay the communities still ravaged by the aftermath of the war on drugs.

The idea of reparations for the war on drugs is not as unheard of as one might think. In Oakland, at least half of new cannabis business permits go to “equity applicants,” those who earn less than 80 percent of the city’s median income and have either lived in a community disproportionately targeted by drug law enforcement or have been sent to prison for marijuana within the past 20 years.

When Massachusetts legalized recreational marijuana, they were the first state to include a measure specifically requiring the participation of communities impacted by the war on drugs and was the first state to not prohibit felons from participating in the now legal industry. Portland was the first city to designate a portion of the industry’s profits to give back to communities hurt by the drug war, followed by San Francisco and Los Angeles.

Along with slavery, sharecropping, segregation and countless other injustices, the war on drugs has caused immeasurable harm to communities of color. Today, no movement for drug policy reform that doesn’t include reparations for those most harmed by the war on drugs is complete. As conversations about legalizing marijuana take center stage, it’s up to Wisconsin to change course and decide which side of history we want to be on.

Julia O’Donnell (julesyann19@gmail.com) is a senior majoring in journalism and strategic communication with a certificate in gender and women’s studies.