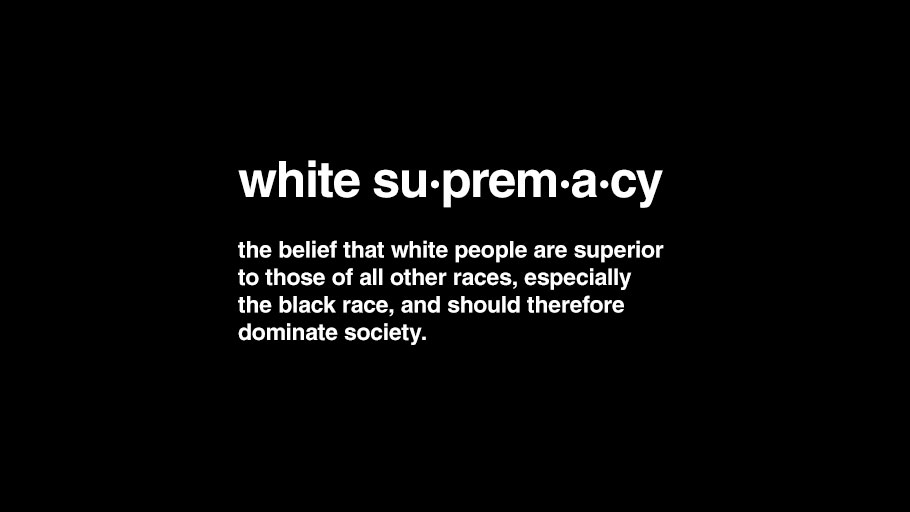 A number of commentators have linked the killing of 20 people at a Walmart store in El Paso in the United States of America on Saturday 3rd August 2019 to the rising tide of White Supremacism.

White Supremacism is a belief that whites are superior to others and therefore have a right to dominate them. There were elements of such thinking in a “manifesto” posted online allegedly written by the suspected killer, a 21-year-old white from a Dallas suburb. The suspect had justified his massacre as a response “to the Hispanic invasion of Texas” and had made references to the Christchurch (New Zealand) shootings in March this year where a white gunman killed 51 mosque worshippers.

It has been suggested that the notion of white supremacy has become more virulent in the US in the last two years mainly because of President Trump’s rhetoric against Mexicans and other Hispanics and non-white minorities in general. This is the reason why when his daughter Ivanka condemned the Al Paso massacre there was an immediate torrent of criticisms against her. Congresswoman Rashida Tlaib, for instance, advised her to “check your dad in his tweets. 251 mass shootings in the US in 216 days. He incites violence every day with his hate agenda and racism. More people are dying because he fails to fight white supremacist terrorists.”

White supremacist ideology and practice have a long history behind it. It precedes the American civil war in the middle of the 19th century. The oppression of the African slave population and indeed the institution of slavery itself embodied the contempt and hatred that the whites bore towards the blacks. The elimination of a huge segment of the indigenous American Indian communities and the systematic marginalization of those who survived was further proof of white supremacy. In that sense, the Ku Klux Klan as the flag bearer of white racism is not alien to American history.

However, white racism and white supremacy go beyond the US. Western colonialism, whatever its economic and strategic motives, was rooted to a great extent in the ideology of white supremacy. Colonial rulers and administrators were deeply imbued with this ideology. A case in point would be Winston Churchill who stated in 1937, “I do not admit for instance that a great wrong has been done to the Red Indians of America or the black people of Australia. I do not admit that a wrong has been done to these people by the fact that a stronger race, a higher-grade race, a more worldly-wise race to put it in that way has come in and taken their place.”

Of course, in Britain and in much of the contemporary Western world blatant white supremacist thinking has declined considerably. This is partly because of the end of formal colonial rule and the emergence of alternative centers of civilization, especially in the non-Western world. Nonetheless, because Western hegemony persists in current patterns of global political, economic and cultural power, hints of superiority continue to manifest themselves in various spheres of life. This is why the struggle to evolve more equitable global structures remains formidable.

If anything, two recent developments have exacerbated the situation. Expressions of white supremacy and racist hatred are disseminated more widely today through social media. Analysts have observed that the vile and vicious propaganda of white supremacists, for instance, appears to have a greater impact because of the new avenues of communication — avenues which allow their users to adopt extreme positions without assuming responsibility for them.

Add to this the flow of migrants to Europe from West Asia, North Africa, and Sub- Saharan Africa which has encouraged the Right in the continent to manipulate baseless fears about the so-called threat to the white, European way of life from these newcomers whose cultures and religions are different. For the Right, the migrant sometimes escaping the chaos at home created by the politics of regime change instigated by Western powers has become a boon to their political fortunes.

In spite of these developments, there are countless groups in Europe and the US standing up to white supremacist politics and racism. They have become vocal champions of inclusivity and diversity in their societies. They eschew the politics of fear and hatred. In fact, Trump’s brazen attempt to harness the support of the white majority by frightening them of some imaginary danger posed by minorities appears to have backfired. A grassroots movement is developing rapidly in various parts of the US seeking to repudiate the politics of white supremacy as anathema to the ideals of the American Constitution and the American Republic.

This article written by Chandra Muzaffar was originally published by Counter Punch.