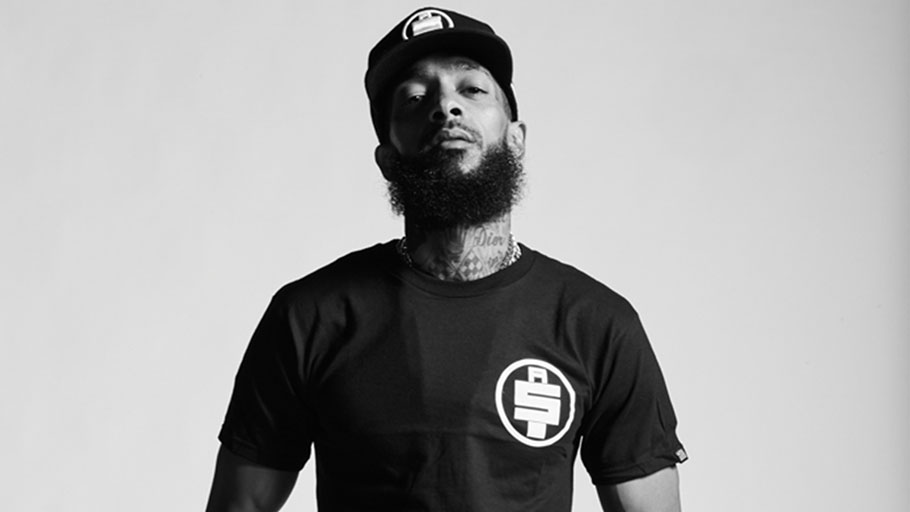 Why Are There Still Nipsey Hussle Murders Taking Place in Black America in 2019?

You Are Here: Home » Blog » Commentaries/Opinions » Why Are There Still Nipsey Hussle Murders Taking Place in Black America in 2019?

For instance, In response to a Black mother named Nekeisha Allen being innocently killed in the crossfire on Meeker and Elizabeth Avenues back in 2009 in broad daylight on her way home from her neighborhood store. I then helped to co-establish the Newark Anti-Violence Coalition (NAVC). (The founder of the NAVC is community actvist Brother Ras Baraka. He is now the Mayor of Newark, NJ). Our first demonstration was in the community where sister Nekeisha loss her life. We walked in the middle of the intersection of Meeker and Elizabeth avenue and successfully shut traffic down on Wednesday of July 20th. After that rally, every Wednesday, our organization committed itself to leading 155 straight weeks of anti-violence protests in the middle of intersections all around the city. Every time a shooting, or a murder occurred, we would go into the middle of the intersection, near where the violence took place, shut down traffic, and all activity around the block, to bring attention to the neglected issues of senseless violence plaguing our community in good and bad weather.

We eventually became the premier anti-violence organization in the city of Newark. Our members brought our movement to schools, churches, community centers, parks, and playgrounds.

With this being said, we must tell the truth about why senseless violence is plaguing Black people all over the Black community in America.

Brother Nipsey’s murder is a widow into Black disunity, Black self-hatred, the ongoing struggle against oppression in the Black community, and the problems stemming from the absence of a movement for Black Liberation in the African American Community. But most importantly, brother Nipsey’s murder is a deeper look in the schisms between elder Black people and younger Black people. You may say to yourself, Nipsey’s death has nothing to do with him Bashir. But this is where we are all wrong dear family. Our young people in today’s Black America have been left without real movements and leaders for them to find direction in racist America. Unfortunately, these are the same conditions my generation experience when my youthful Blackness grew up in racist America. We were left without a movement to find direction to challenge White supremacy and Black self-hatred in every hood in America. Although some brave Black elders came forward to forward to give us some direction in America, they were criticized for helping us find a way to define a Black liberation movement in our time. If we are truly going to change oppressive conditions in the African American community, we former Black youth, who are now elders ourselves now in the 2000s, must not be like the elders in our day. We must in turn give true guidance to our next generation to ensure a better future for our people. This is why my commentary, and all our efforts, must be dedicated to the millennium generation.

Here is what has been going on for the last 44 years since 1975. I picked 1975, because it was a pivotal moment for Black Liberation. This was when the Most Honorable Elijah Muhammad died, and the light of Black consciousness was almost dimmed. He was the leader of the Nation of Islam. This movement was the largest Islamic and Black conscious organization in America. Its’ members consisted of leaders such as the following: Malcolm X, Muhammad Ali, Clarence 13 X (founder of the Nation of Gods and Earths), Clara Muhammad, Imam Suraj Wahaj (Jeffrey X), the Honorable Minister Louis Farrakhan, and Dr. Khalid Abdul Muhammad. The Nation of Islam had thousands of members in each Masaajid (Mosques) in every hood in Black America. Every week, oppressed Black lives were revolutionary transformed into Black and proud productive human beings. As a result of the great work of the Most Honorable Elijah Muhammad, the Nation of Islam became a target for complete destruction by the United States Government. The United States consistently sent agents into the organization to neutralize its leaders and the Black liberation program of the Most Honorable Elijah Muhammad. However, within the circles of the leadership a crisis insured. With the death of the Most Elijah Muhammad, a new leader had to be selected to keep the Nation of Islam movement going into the future. The Nation of Islam selected his seventh son, Wallace Muhammad, to be the next leader of the Nation of Islam. But instead of keeping the Black liberation teachings of his father, he decided to lead the movement into the mainstream Muslim Ummah (Community) of Al-Islam without a plan for Black empowerment. He was given the title chief Imam. Then all the programs for Black empowerment, that were establish by the Most Elijah Muhammad, were abolished by Wallace Muhammad. By the late 1970’s, the Nation of Islam had cease to exist. Wallace would later change his name to Warith Deen Mohammad. Eventually, the Honorable Louis Farrakhan would disagree with the direction of the Imam. He departed from Warith Deen Mohammad to re-established the Nation of Islam as tool for the liberation of Black people in 1978.

While this was going on with Nation of Islam in the 1970s, other Black power groups will eventually cease to exist as well in the African American community. The onslaught of the United States war on Black groups were too much for organizations such as the Original Black Panther Party. Many of the leaders of the Black Panther Party experienced political assassinations of their leaders, murder by America’s policing agencies, imprisonment, and forced political asylums in countries around the world. This organization folded by 1980.

On the other hand, the Civil Rights Movement will eventually become irrelevant to the masses of oppressed Black people in America. In 1968, Dr. Martin Luther King, Jr was assassinated. The most fearless and articulate leader of the movement for social justice was gone. The Civil Rights movement would experience co-optation by the power structure in the 1970s. Its’ leaders will focus on integration as opposed to continuing the fight for fare housing, jobs, poverty, health care, better education, the reduction of the high incarceration rates of Black people, reparations, freeing political prisoners, fighting for real Black political power, and fighting for progressive public policies.

Therefore, as a result of the racist power structure’s destruction of Black Liberation Movement of the 1950’s, 60’s and the early 70’s, the Civil Rights and Black Power Movements in the African America became irrelevant. The poor conditions facing Black America, such as the high concentration rates of Black men and Black women, poverty, the proliferation of drugs, mis-education, joblessness, police brutality, racism, classism, and Black self-hatred have gone unchecked for decades. The absence of a real Black agenda, that is rooted Black Liberation to force the power structure and elected officials (Blacks and Whites) to address Black oppression, was abandoned.

The destruction of the Black Liberation Movement, and the inability of elected officials to find solutions to Black oppressive conditions created genocidal and violent conditions within the African American community that Black youth came to experience on a daily basis! Black families became dysfunctional. Black fathers left their families. Black mothers became heads of the Black family. Without Black Liberation organizations (i.e. the Original Black Panthers, the Original Nation of Islam, US, etc) in the hoods across Black America, many disorganized Black youth turned to Hip Hop, the streets, and gangs. Rap music, Crips, Bloods, and other Black gangs became the movements in the African America community.

Without these movements, and leaders and organizations dedicated to protecting the Black community from these oppressive conditions, it has been a struggle to liberate our people from a racist system. However, despite these pitfalls, brothers and sister have almost on our own worked to eradicate from the Black community oppression, racial violence gang violence, Black on Black Violence, police violence, domestic violence, and all senseless forms of violence my brothers and sisters!!!

I have lived long enough to witness all of the poor conditions going on for years in every hood in Black America. I know, and overstand the racist, evil, immoral, violent, and repressive F.B.I secret Counter Intelligence program (COINTELPRO) worked to kill Black Civil Rights leaders and Black Power leaders. However, by the grace of Allah (SWT), some of our elders survived COINTELPRO. But they did not carry on the mission of Black liberation, nor did they support Black liberation efforts by Black youth. They began a generational set trip (a generational rift between Black elders and Black youth). Unfortunately, due to the generational set tripping of our own Black leaders, we have not been able to come together in unity to organize for real Black liberation with the help of the old guard Civil Rights leaders and the old guard Black Power leaders. Many of them became gate keepers, preventing young Black activists from emerging in the 1980’s, 1990’s and in the millennium, from addressing the issues of our generation. Unfortunately, many of our elders have worked day and night to help discredit anything that would resemble real Civil Rights and real Black Power in modern Black America. I am one of those victims of our Black leaders continued war of Black leaders set tripping. And our community has been the victims of the continued war of the generational Black leaders set tripping. Because of these things family, we are going to lose more Black people to violence and oppression of every kind, including more Nispey Hussles.

Please study these things my millennial brothers and sisters!!! You have access to information everyday at your fingertips. Use your cell phone to help you develop a real Black revolutionary political analysis. Go and research these people, organizations, and movements. Despite the attacks from the power structure, and from the Black gatekeepers, these people they laid a foundation for what you call today Staying Woke. In my era, we called it Black Consciousness.

We must find a way to re-build the Black Liberation Movement to prevent more Nipsey Hussles from dying senselessly in the hoods of Black America.

Your new elder in the struggle for Black Liberation,