You’ve stormed the gate. What comes next?

You Are Here: Home » Commentaries/Opinions » You’ve stormed the gate. What comes next? 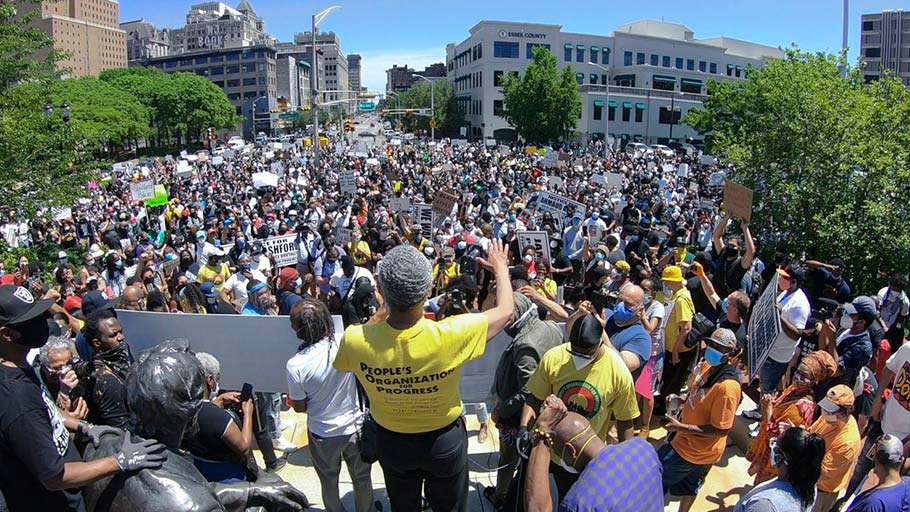 If this wave of young people are organized, registered to vote and prepared to overwhelm the ballot box in November, showing their rage in a river of discontent through politics, then they will have found the stepping stones toward the new America they seek. And their work in the streets of America will achieve a different meaning, Junius Williams says.

In the streets of America, the rage is clear. How do we bottle all that energy before it goes away, make it useful in other ways? In other words, what comes next?

In 1967, when the temperature rose to a boiling point on issues affecting the Black and Puerto Rican communities in Newark there was a rebellion similar to what we are seeing across America today. After the violence ceased, there was a coming together in an unprecedented fashion where we witnessed a coordinated, syncopated, inhalation of the rarified air called momentum.

We came together to take over the reins of city government, to chart our own destiny. As attractive as non-violent street action was, the politics of confrontation had to morph into the politics of voting. And we did it, bringing out 73% of the eligible voters on June 16, 1970 to elect the first Black mayor, Ken Gibson.

Look at it in a different way. Think about the 1960s in Newark as a medieval castle, surrounded by a huge wall of racism and class privilege. The rulers of the kingdom reaped the benefits of the fat throughout the land, and had an army (the police) to protect their bounty. A few Black and brown people were secure so long as they stayed in their place and played their role.

Then, here came us, the ones they called the barbarians at the gate, and through our protest and takeovers and our insurrection, we busted a hole in that wall. But busting the hole was the beginning of the empowerment process. Getting inside the wall was the completion of the victory, and that was done with the vote, on June 16th, 50 years ago.

Video: Junius Williams was a law student at the time of the Newark riots. He describes his experience as a black man navigating the turmoil of the city in the summer of 1967.

Fresh upon this latest wave of needless police violence, how do we make that conversion happen? Let us note the differences in the battles in the streets of America, from Newark. Mayor Ras Baraka has earned the trust of most of the people of Newark, so he is not the object of their anger. Baraka along with the leadership on the ground has helped sniff out the provocateurs, hell-bent on destruction to fit their political agenda. There has been very little violence in Newark, showing how we have grown over the years.

But the righteous voices cry out in pain, here, and throughout the country, many of them white as well as gay, female, Latino and Asian. The cities are no longer hollow shells, homes for Black and brown, but places where the new prosperity separates those at the top and those at the bottom in a fashion still based on race and class.

So what can we expect? If this wave of young people are organized, registered to vote and prepared to overwhelm the ballot box in November, showing their rage in a river of discontent through politics, then they will have found the stepping stones toward the new America they seek. And their work in the streets of America will achieve a different meaning.

Many young people feel they wasted time in voting for politicians who did not live up to great expectations. Yes, we the generation of the 60s have those same memories as well. Simply put, we all failed, and must now join together to figure out a process that will hold our politicians accountable once they get into office, along with the police. A daunting task, but one that must be undertaken. The time to start is now.

This article was originally published by NJ.com

Featured image – Saturday, May 30, 2020 rally and march by People’s Organization Progress is held to protest the police killing of George Floyd. The (now former) officer, Derek Michael Chauvinhas been charged with 3rd degree and manslaughter.

U.S. protests push Europe to face its own histories of injustice

U.S. protests push Europe to face its own histories of injustice
We Need Your Support — Donate, Share, Sign-Up Ways to Support