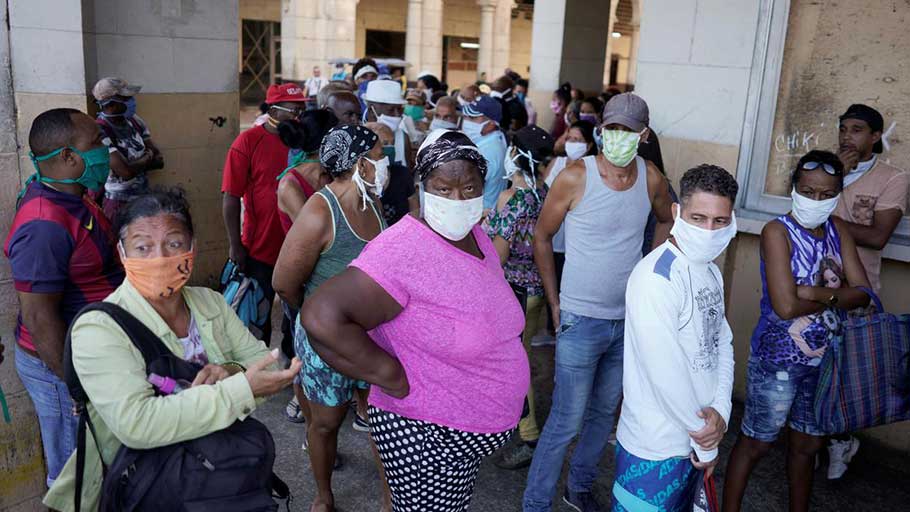 HAVANA (Reuters) – Communist-run Cuba said this week that use of two drugs produced by its biotech industry that reduce hyper-inflammation in seriously ill COVID-19 patients has sharply curbed its coronavirus-related death toll.

Health authorities have reported just two virus-related deaths over the past nine days among more than 200 active cases on the Caribbean’s largest island, a sign they may have the worst of the outbreak under control.

The government, which hopes to increase its biopharmaceutical exports, has touted various drugs it produces for helping prevent infection with the new coronavirus and treating the COVID-19 disease it causes.

It ascribes the recent reduction in deaths of severely ill COVID-19 patients largely to the use beginning in April of two drugs that appear to help calm the “cytokine storm,” a dangerous overresponse by the immune system in which it attacks healthy tissue as well as the invading virus.

One is itolizumab, a monoclonal antibody produced in Cuba and elsewhere. The other is a peptide that Cuba says its biotech industry discovered and has been testing for rheumatoid arthritis in Phase II clinical trials.

Scientists caution that large placebo-controlled studies are needed to assess the safety and efficacy of these drugs for treating COVID-19.

But Cuba’s experimental treatments have helped it achieve an overall COVID-19 death rate of 4.2%, compared with the regional and global averages of 5.9% and 6.6%, respectively, health authorities say.

Fatality rates depend on many variables, including the rate of testing, quality of healthcare systems, and age and underlying health condition of the population.

Official data suggests that Cuba, with universal healthcare and a well-staffed care system, has done well in containing its outbreak. It has registered less than 20 cases per day over the past week, down from a peak of 50 to 60 in mid-April. In total, Cuba has reported 1,916 cases for a population of 11 million and 81 death.

That translates to an infection rate 0.71 per 100,000 inhabitants, compared with about 29 per 100,000 for the United States, according to a John’s Hopkins University tally.