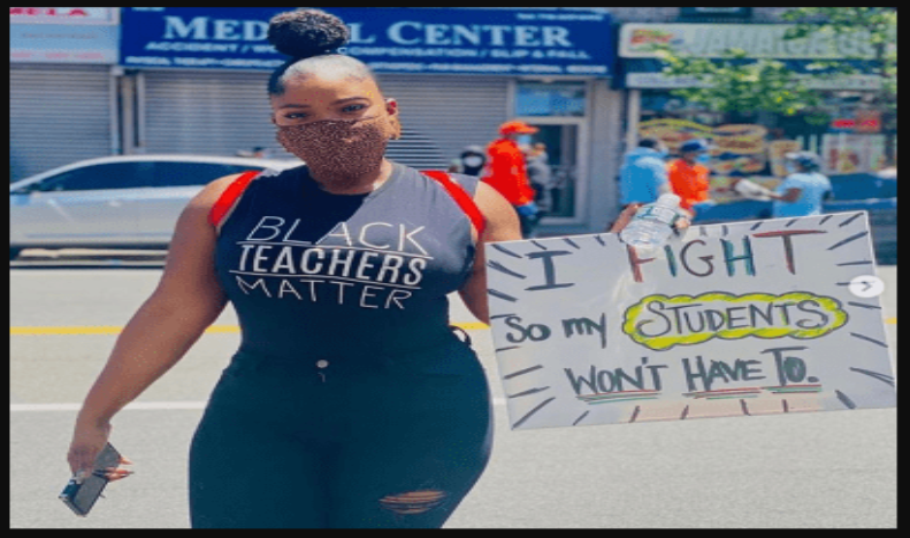 You Are Here: Home » Blog » Editors' Choice » Adopting a Politics of Love and Liberation in Our Schools Can Save Our Democracy

On January 6, 2021, mobs of mostly white Trump supporters stormed the United States Capitol building armed with weapons, outrage and what they believed to be the truth about a Donald Trump victory in the November 2020 presidential election. Despite election results that recorded a 306 to 232 electoral college win for Biden, many who backed the president believed, without any evidence to support their beliefs, the election was stolen and President Trump should serve another four-year term.

Two weeks later, Trump’s 1776 Commission released its report on the teaching of U.S. history in schools — a report widely criticized for its poor scholarship and blatant lies. Trump ushered the commission into existence the day before the November election, he said, to restore patriotic education and eradicate “decades of left-wing indoctrination.”

It’s true more history teachers are using primary source documents to teach history. It’s also true many lament that because they weren’t adequately taught American history, they feel neither confident nor comfortable teaching it. If we’re going to begin teaching in a way we’ve never before taught, we will have to become comfortable being uncomfortable — until we find our sweet spot.

As a first step, we must acknowledge and understand our own relationship to American history. The question, “In the history of the United States, where were my ancestors and how are my people connected to past events?” may not be the most comfortable place to begin but begin teachers must.

That some educators also cling to ignorant notions about our history speaks to the urgency of overhauling teacher ed programs. After a classroom discussion in a 2016 professional development institute I attended on slavery and abolitionism, one tenured teacher remarked about enslaved people, “Well they had food and shelter.”

Similarly, the furor over Nikole Hannah-Jones’s 1619 Project speaks to why we’ve got to come to terms with our history and with who we are as a nation. Premiering in the New York Times Magazine in 2019, the series reframes America’s historical narrative by “placing the consequences of slavery and the contributions of African Americans at the very center” of our story. As a nation, we will never be able to love other people’s children like they are our own until we first reconcile who we’ve been to each other, how we’ve treated each other and why.

It would be naïve to think our education system is the only one requiring systemic change if America is to become her best and highest self. It would be equally naïve to think teachers are singularly responsible for the task at hand. Creating schools that become sites of liberation and love will require a commitment from all stakeholders — politicians, power brokers, education administrators, teachers, parents, everyone. America, will you commit? Will you love our children and make real our democracy?