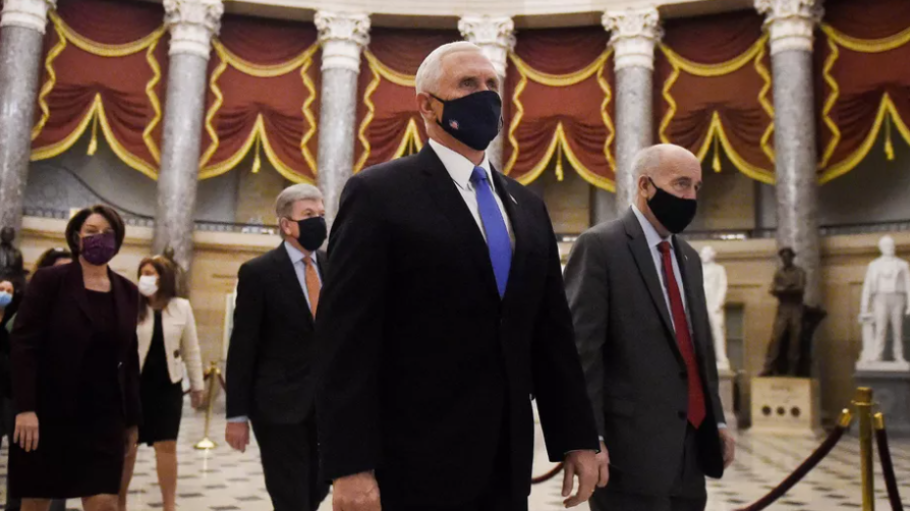 Our System Is Rigged so the Minority Can Rule

You Are Here: Home » Blog » Editors' Choice » Our System Is Rigged so the Minority Can Rule

The Electoral College, Republican gerrymandering and the filibuster are all examples of how American democracy is at risk.

The majority does not rule in the United States. The foundation of any democracy — one person, one vote — is mocked by institutionalized impediments that allow the minority to win even when they lose at the ballot box. In this era, even when Democrats win, they lose. And the will of the majority of the people is frustrated by a system rigged to empower the minority.

Consider: Democratic candidates have won the popular vote in seven of the last eight presidential elections but have become president only five times. Trump became president four years ago despite losing the popular vote by nearly 3 million votes. Presidents who lost the majority of the votes have nominated five of the nine Supreme Court justices. The reason, of course, is the Electoral College, which tallies votes by state, not by voter. This institution is a legacy of slavery, designed by the founders to ensure that the less populated slave states would be able to balance the free states that had nearly three times the population.

In frustrating the popular vote, the Electoral College puts the democracy at risk. Because of the Electoral College, Trump’s margin of defeat wasn’t 7 million across the nation, but about 65,000 votes in three states and the 2nd District of Nebraska. That helped empower him to mislead millions by claiming the election was stolen, despite Biden’s landslide popular vote victory.

In the Senate, Democrats and Republicans each have 50 senators (with Vice President Kamala Harris the tie-breaking vote). The 50 Democrats represent 41 million more voters than the 50 Republicans. Smaller, more rural states with few people, like Wyoming or Idaho, have as many senators as large populous states like California and New York. To add insult to injury, the District of Columbia and Puerto Rico, which have more voters than several states, are denied statehood with no final vote on any legislation.

That means, among other things, that three Supreme Court justices — Neil Gorsuch, Brett Kavanaugh, and Amy Coney Barrett — were all nominated by a president who lost the popular vote and confirmed by a bloc of senators who represent less than half the country.

In the House, Democrats have a small majority. But to win a majority, it is estimated that they must win 6 percent to 7 percent more votes than Republicans across the country, because Republican gerrymandering — drawing districts to pack Democratic voters in a few districts (usually disproportionately people of color) while giving Republicans an edge in many — has rigged the system against the party that represents the majority. And worse, Supreme Court judges nominated by minority presidents have ruled that the federal courts will do nothing to protect against grotesquely distorted gerrymandering.

The same distortions exist in state legislatures, where gerrymandered districts help the party with the minority of votes gain the majority. That majority then has the power to redraw the districts to rig the system even more. More than 59 million Americans live under minority rule in a state where the party with fewer votes controls a majority of the legislative seats. In Wisconsin, 44.7% of voters cast ballots for Republican Assembly candidates, but the GOP won 64.6% of the seats. With gerrymandering, voters aren’t choosing their representatives; representatives are choosing their voters.

The right-wing Supreme Court majority has ruled that money is speech and that corporations are citizens, so their ability to throw money into elections cannot be limited. The result, not surprisingly, is that American elections get more costly and big money and entrenched interests grow more powerful.

The fix is in — and the results are ruinous. Today, Senate Republican leader Mitch McConnell is refusing to agree to rules to govern the Senate unless Democrats agree to sustain the filibuster. The filibuster — the requirement that virtually any legislation receive not a majority of the vote but a supermajority of 60 votes — is the instrument McConnell used to obstruct virtually everything President Obama sought to do, with the stated purpose of making him a one-term president. The result is a Senate that is frozen in the midst of cumulating crises. Even Joe Biden’s pandemic emergency rescue package is stalled. America becomes more and more dysfunctional as it becomes less and less democratic.

The Democratic majority in the House has passed legislation — HR 1 in the last session of Congress — that would remedy some of these inequities. The 51-vote majority in the new Senate wants this to be its first act. But, of course, if the filibuster is sustained the minority will block even these common-sense reforms.

The sacking of the Capitol sent a message around the world that America’s democracy is literally under siege. The reality is worse: our system is rigged so that the minority can rule. The disconnect — the frustration of the will of the majority — is a clear and present danger.