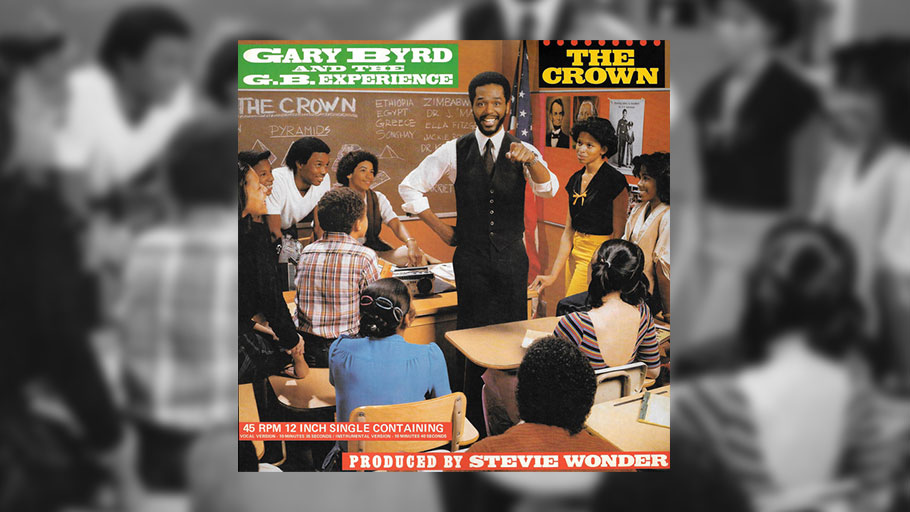 An Origin Story of Gary Byrd, From “Disc Journalist” To “World African Griot”

You Are Here: Home » Blog » Editors' Choice » An Origin Story of Gary Byrd, From “Disc Journalist” To “World African Griot”

Gary Byrd turned 70 on Thursday, March 14, 2019. I thought this was as good an excuse as any to pull this out of my 2001 doctoral dissertation–an attempt to define Black (American) media ideology–to say an early “Happy Birthday.” Any mistakes are mine, and I welcome corrections from Byrd and all others. Happy Birthday, Brother Byrd!

A Byrd Flies In Buffalo

A major portion of the story of Black media can be told through the life and career of Gary Byrd.  The radio veteran, who in the year 2000 was in his early 50s, is considered one of the links between the pioneer Black broadcasters and the current generation. Byrd’s 30-year career in broadcasting in New York City and Buffalo displays all facets of how Black media function.

Byrd began his radio career as a teenager in Buffalo, N.Y. Hearing Byrd’s powerful, charismatic speaking voice in a 1965 high school play, a part-time disk jockey for WUFO asked the fifteen-year-old if he had thought about a radio career. Byrd joined WUFO and, by the time he was 17, set his sights on WWRL. He was initially offered a job, but his grandmother made him turn it down until he finished high school. After a brief period at WYSL, located in upstate New York, Byrd joined WWRL in 1969 at the age of 19. His tenure there gave him the freedom to experiment that would allow the young disk jockey and poet to grow spiritually, intellectually and journalistically on the air.

In 1970, Byrd was given WWRL’s all-night spot. “It was late at night at the station … [the  management said,] ‘Do what you can to keep the people up.’ They left me alone.” Being left alone to test ideas on the air during a time of experimentation in FM radio, the Black Power Movement and the Black Arts Movement, Byrd developed “The Gary Byrd Experience,” a blended and layered mix of music, interviews, radio news footage and his own Gil Scott-Heron-like poetry.  (This format was similar to the one Del Shields used on his “Total Black Experience in Sound” show on WLIB-FM–a station that would, in 1972, be renamed WBLS-FM–but Byrd identifies his influences then as social comedian Dick Gregory and message-oriented soul music of the late 1960s. The program’s name is Byrd’s take on rock legend Jimi Hendrix’s band, “The Jimi Hendrix Experience.”) One of the poems Byrd created that he used on the air in the early 1970s  was “Every Brother Ain’t a Brother,” his 1969 commentary on the social forces surrounding the Black Power movement. He said he wrote the poem because “at that time there were some interesting contradictions in the Black community.”

It‘s time for us to face the truth and level with each other
It‘s time for us to face the fact that every brother ain‘t a brother.
There are some who‘ll say to the world at large
I’m no color. I’m just a man.”
And some say to the folks uptown that Black Power is not their plan.
But through it all we fool ourselves and fool one another
By failing to face the simple fact that every brother ain’t a brother.
Now there is a kind of brother who shoots a brother and thinks that makes him bad
There‘s a kind of brother who says  he’s Black because now it’s just a fad
We‘re at the point in the  world today for self-evaluation
Just to find out where  we really are in this racially tom-up nation
And one of the first things we must do is stop kidding one another
And get on the case of realism that every brother ain‘t a brother.
Now I said that every brother ain’t a brother
And I know you know that’s true.
But look in the mirror carefully
‘Cause that brother might be you.

Byrd began to redefine the role of disc jockey, calling himself a “disc journalist.”

His use of issues and music brought him attention from a fan of his radio show, musician Stevie Wonder, who invited him to write the lyrics to two songs, “Village Ghetto Land” and “Black Man” on Wonder’s double-album classic “Songs In The Key of Life.”  In addition, Byrd recorded his own albums of poetry. With Bob Law, who became WWRL’s program director in the 1970s, Byrd attempted to bring the concept of predominately white “progressive FM” format to AM radio, but in a way tailored specifically to the needs of New York’s Black community. In 1984, Byrd would make a career move that would expand his reach and influence, and ultimately find a sphere of thought that he could claim as his own and share with his audience.

A Byrd Takes Flight As A New Experience Begins

By 1984, three years after Law’s “Night Talk,” a nationally syndicated Black talk radio program, debuted on WWRL, new talkers were on the WLIB airwaves. Mark Riley became WLIB’s mid-morning host, after the morning newscast. Gary Byrd became the early-to-late afternoon host on the daytime AM radio station. “The Gary Byrd Experience” had evolved from Black music to Black talk, and Byrd began to mix music to set the mood for his interviews and discussions. WLIB had a broadcaster in Byrd who attempted to meld the spiritual (music) with the social-political (talk) aspects of the African-American experience.

‘The Gary Byrd Experience” on WLIB, in Byrd’s mind a radio magazine, established Black rituals of sound. Each of the opening segments had its own particular sound, blending jazz with gospel, with Byrd’s voice opening and closing the show over the music. Unlike Riley’s show, which was call-in talk interrupted by music cues, Byrd, with music, rhyme and tone, tried to create a cultural atmosphere with his predominately Black audience. His “question of the day” for the audience, the focus of the leading segment of his program, was a more philosophical one than poised on the more news-oriented Riley’s show. When I began listening to him in 1987, Byrd referred to himself a “New Age Griot,” the latter French term referring to a name given to male West African praise singers who sing the history of a particular person, family or community.

While living and working in New York City in the 1970s and early 1980s, Byrd, who read on his own about Africa, began to be exposed to African-centered scholars such as John Henrik Clarke and Dr. Yosef Ben-Jochannan (known as “Dr. Ben”), who often delivered public lectures to cultural Nationalist groups and others. Jochannan, an Egyptologist, taught that the ancient Egyptians who shaped human civilization were Black-skinned Africans. Byrd told Gil Noble during a 1999 WABC-TV “Like It Is” interview that he was prepared “to sit at Dr. Ben’s  feet” when he heard a tape of a speech of Dr. Ben’s. In the mid-1980s, Byrd went to Egypt, where he was told by a priest to go to a certain place along the Nile River and perform a ritual to gain a spiritual  experience. That ritual, he recalls, gave him the inspiration to give himself a name that “would give me something to aspire to every day of my life, a new place to step to.” He adopted the name Imhotep, the legendary Egyptian first multi-genius.

Byrd  began using his new name publicly around 1990. It was shortly after he did a special week of programming from the Apollo Theatre honoring African-centered scholars such as Clarke and Ben-Jochannan. As a result of the  success of those  broadcasts, Byrd was given the mid-morning slot, live from the Apollo. With this move in place, Byrd subsequently announced that his name was now Imhotep Gary Byrd and that he was re-christening his show the “Global Black  Experience.” The broadcaster, dropping the “New Age” from his self-description, had now decided to become the African-American broadcast equivalent of an African griot–a living medium for African-Americans, with the mission to “make African people feel good about themselves, and to make the world feel good about African people.”

The “New GBE: Africentricity,” as he called it, was done on the Apollo stage, a center of Black American culture. Still essentially call-in talk radio, it was done with a live studio audience, who came in from the street to see the show. Guests were onstage talking with Byrd–wearing  dreadlocks and dressed in flowing African robes–while the members of the studio audience lined up to ask questions or to win prizes in a Black history quiz question Byrd would ask on-air.

The show became politically and culturally stronger in tone-as strong to the Black Cultural Nationalist left as white mainstream talk show radio hosts Bob Grant and Rush Limbaugh of WABC-AM were  to the white right  in the 1980s and 1990s. The new “rituals of sound” were more African and less African-American. The “new” GBE began with a recorded call to “Speak, Drums!  Tell the real story.” After the theme, Byrd would read aloud the Nguzo Saba–the seven principles of Kawaida theory developed by Black Cultural Nationalist Maulana Karenga and popularized by the Karenga-inspired African-American holiday, Kwanzaa–at the start of every show. These principles include calls to African unity, self-determination and purpose. Then Byrd would read the headlines from The  Daily Challenge, the city’s only Black daily newspaper. On “Black Press Thursday,” the day most of the city’s weekly Black newspapers would be on the newsstands. He read headlines from all of the city’s Black press. Byrd took advantage of the use of a well-known stage and culturally-eager studio audience to honor people who had made significant contributions to African and African-American life.

The significance of the “New GBE,” from a cultural standpoint, cannot be overemphasized. Byrd, by 1990 a cultural hero of sorts and opinion leader in New York’s cultural Nationalist and activist  communities, was now broadcasting an African-centered show from the Apollo Theatre, a legendary Harlem landmark on 125th Street–the same street used by many of the street-corner orators, including Malcolm X. These ancestors now had descendants with new, more sophisticated stepladders and megaphones. The unedited voices of these “children” could now be heard around the nation’s No. 1 local media market–the New York tri-state area–in cars, homes, or on Walkmans while jogging. Black senior citizens and others who learned about Black history and culture from Byrd and his guests could now drop by to see them in person and ask questions. Teachers set up class field trips, as I helped to do in 1992 for journalism and broadcasting high school students attending the Seton Hall University Upward Bound program. “The New Negro Movement” of the 1930s had become a 1990s African-centered renaissance, live, on-air. The “New GBE” allowed Blacks to participate in a collective African-centered media experience, using the most powerful medium in Black communities, the radio.