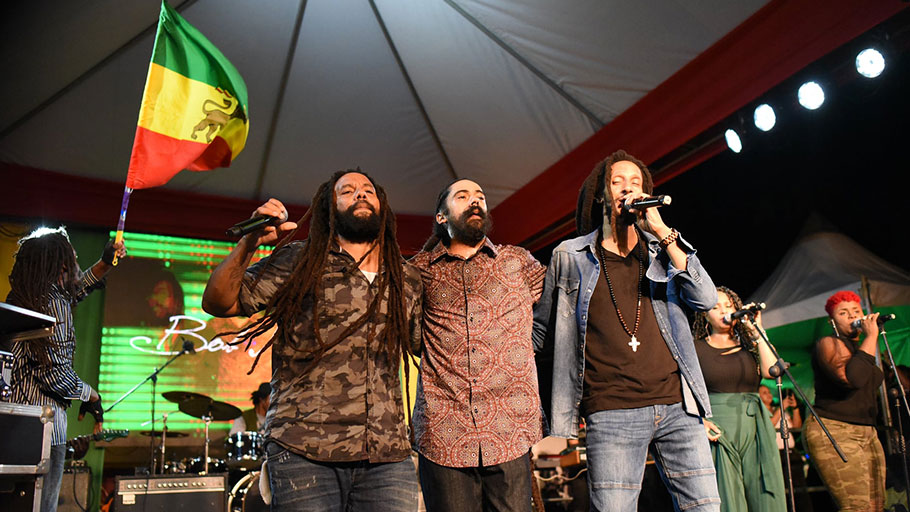 Bob Marley at 75: how a ghetto reggae star rebranded Jamaica

By Vivien Goldman, The Guardian —

At 7am on 6 February, on what would have been Bob Marley’s 75th birthday, the abeng conch shell blows at his old home at uptown Kingston’s 56 Hope Road – now the Bob Marley museum – as it did in the days of the long-gone indigenous Taino tribe, and later as a call to slave uprisings on the plantation.

Today, the museum is the Jamaican capital’s hottest tourist ticket, drawing more than 60,000 visitors a year. But in the turbulent 1970s, when the downtown area was torn between superpower ideologies and their local paymasters, it was audacious of Marley to insert his ragtag “ghetto star” Rasta crew into Hope Road – also home to Jamaica’s prime minister – a process he described to me in the 1970s as “bringing the ghetto uptown”. He hoped to make a safe space for the gangs of youth who were controlled on their home turf by opposing political forces: it worked, at least until gunmen tried to kill him there in 1976. It worked again when he triumphantly returned later in the decade to build a studio.

Witnessing police politely dealing with the crowd gathered for the Marley 75 celebration offered a strange disconnect: back then, their presence outside the gates would have suggested a raid. These are different times, as evidenced by the MC who announces: “Big up to all the Airbnb-ers in Trench Town!” – the dangerous downtown “ghetto” of Marley’s teenage years. His message and mystique have mobilised a peaceful army of international followers, such as those holidaymakers venturing where few wealthy Kingstonians go. 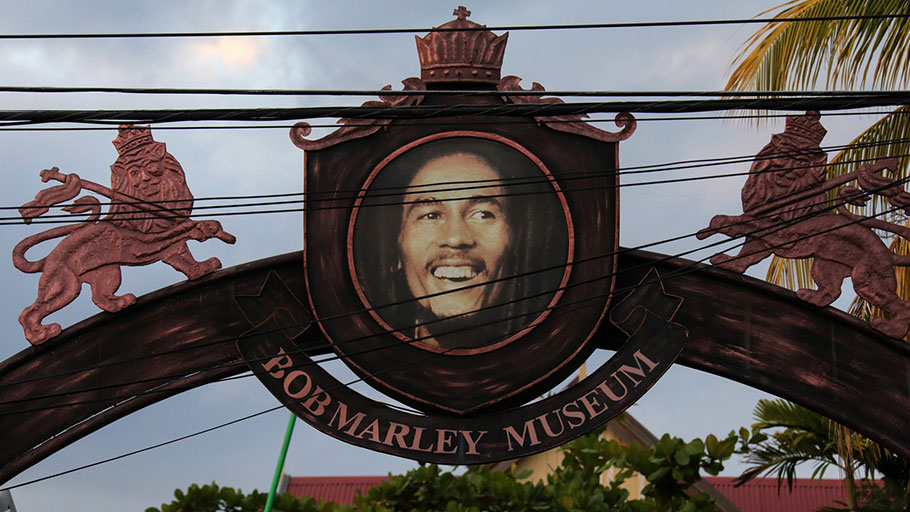 The music at Hope Road shows how Marley helped lay the foundation for the island’s enduring music industry, as a new generation of voices such as Jesse Royal, Kelissa and Kim Nain perform alongside Bob’s original bred’ren including Bongo Herman, Marcia Griffiths and Toots of the Maytals. Alone with a guitar, Toots explains that “Bob Marley was my friend” and had liked 54-46 Was My Number, the 1960s gem that thrills the crowd.

The celebration features a strong focus on family. Rita Marley, Bob’s widow, puts in a regal appearance from her wheelchair during the daytime children’s event, as pupils from St Andrew prep school sing and dance to Redemption Song, while the night’s show was headlined by the Marley Brothers, Julian and Ky-Mani, and dynamically led by Damian Marley, who crowned the night with a deft mix of authority and playfulness. 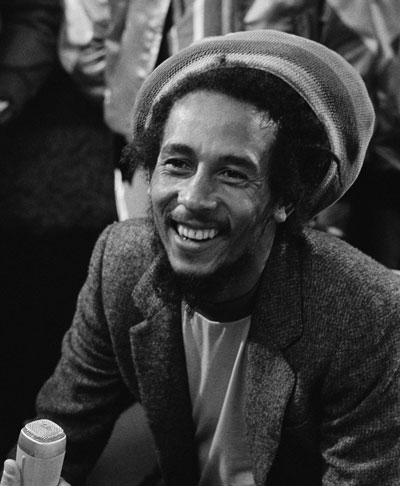 Marley’s estate is one of music’s biggest earners: the event was supported and organised by the Bob Marley Foundation, with similar festivities taking place in London, Lagos, Los Angeles, Singapore, Paris, Hawaii and New Zealand. What has made Bob Marley’s music settle so bone-deep worldwide? Following Marley’s powerful template, there can be a tendency for artists to become didactic, plodding in their litany of social woes. That was never Marley’s way. He was proud of the chop of his rhythm guitar, but it was his skill at sugarcoating the toughest frontline communiques in sticky melodies that is arguably his creative essence.

As Marley once explained to me, he wanted to make his music so simple that a child could sing it. Babies famously respond to the directness of his music, and reggae’s heartbeat has been credited with healing properties: Marissa “Mar” Lelogeais, an American living with cerebral palsy and reduced vision, sang about how Marley’s music had freed her to accept her body on the song Embrace It. 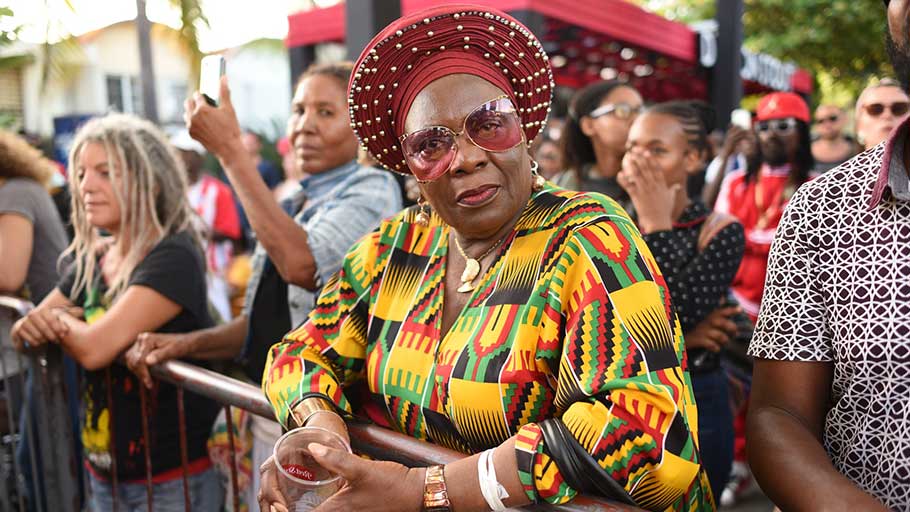 A reveller at the Marley 75 celebrations. Photograph: Akeem Goldburn

Above all, Marley effected a triumphant cultural flip, one founded on political truth but also will and vision. At Hope Road, Brother Westie, a Nyabinghi (Rasta) priest clad in dramatic white robes, intones prayers in Amharic. When he invokes Igziabeher, a name for the Rasta deity Jah Rastafari, he demonstrates that change in action: when Marley was the age of the attentive, uniformed school children sat before Brother Westie, he never learned the history of his own island or people. The postwar Wailers generation came up with a British colonial education that taught them more about the Battle of Hastings in 1066 than pan-African history. Marley was a leader among Rasta artists who painstakingly researched and pieced together their concealed past and communicated it in music so effectively that it became the new orthodoxy – certainly where the island’s official cultural representation is concerned. Once reviled as “dutty Rastas”, they have become crucial to the island’s brand.

Though the Marley machine has made efforts to defang the lion by focusing on his more feelgood crowdpleasers – the One Love effect – his commitment to the sufferer, and unflinching confrontation of unpalatable truths as he saw them, is ever more necessary: a cause for continued celebrations like these in Kingston.

Vivien Goldman’s The Book of Exodus: The Making and Meaning of Bob Marley and the Wailers’ Album of the Century, covering the period of the Hope Road shooting, is now available as an audiobook performed by the writer (Blackstone/Audible).