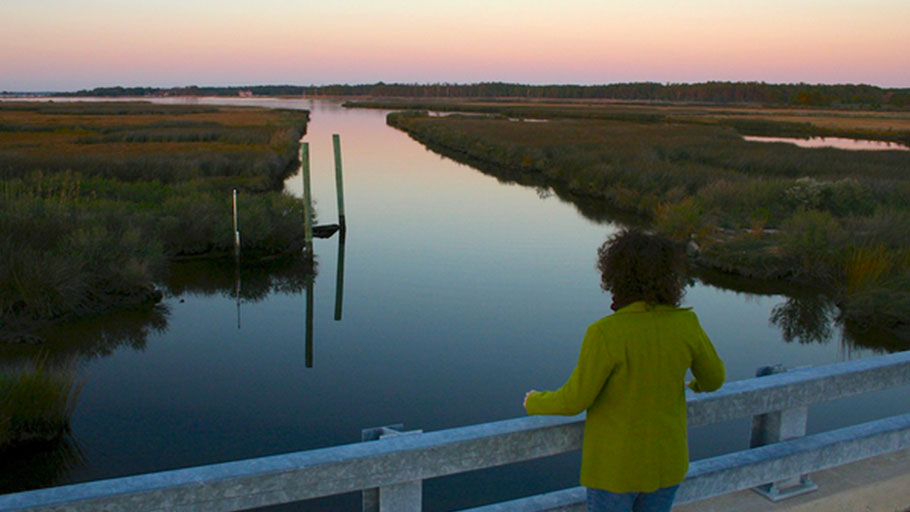 You Are Here: Home » Blog » Commentaries/Opinions » Harriet Tubman and a National Legacy of Midnight Skies and Silent Stars

Cynthia Erivo, who is nominated for best actress in a leading role in this weekend’s Oscars, stars in the gripping biopic “Harriet.” The movie, which tells the story of abolitionist Harriet Tubman, captures the miraculous physical, emotional, and spiritual journey of Harriet Tubman as she escapes from slavery to become an American icon.

Of course, the horrors of slavery and the courage of the enslaved heroes that defied it are foremost to the movie’s story. Not to be overlooked, however, is the incredible landscape through which she traveled along the Underground Railroad.

The cinematography of the film beautifully depicts the serene yet daunting setting of the 19th century Delmarva Peninsula. In some ways, this setting is as integral to the tale as the characters themselves. But wearelosing a piece of this living history, just as the history books are beginning to capture a more complete picture of our nations’ past.

Located in Maryland’s Eastern Shore, Harriet Tubman Underground Railroad was formally designated as a National Monument in 2013 and as a National Historical Park in 2014. The contemporary application of the Antiquities Act has garnered recent attention over massive, new monument designations followed by equally, if not more controversial, border reductions at National Parks such as Bears Ears and Gold Butte.

Far less splashy, from a total area perspective, have been designations within the past decade of sites like Harriet Tubman, Mill Springs Battlefield, Camp Nelson Heritage, and Fort Monroe National Monuments. While relatively small in size, these sites are absolutely critical to preserving and interpreting the cultural history of the United States. The interpretation of these histories is aided by a preservation of the landscape to reflect the historical period of record.

For Harriet Tubman Underground Railroad, that means managing a landscape to reflect the natural assets and ambiance that was present at the site more than 150 years ago. In other words, the dark skies and quiet spaces that were present during Harriet Tubman’s life should be available to visitors of the park on a daily basis rather than only reflected through Hollywood films. In addition to their historic value, these landscapes are of high value to wildlife and to people for their physical and mental health benefits. They are also under threat.

Light and noise: New threats to our nation’s natural heritage

As part of a comprehensive program to assess the condition of natural resources in all national parks, a new study of Harriet Tubman Underground Railroad National Historical Park concludes that the park is threatened on multiple fronts.

Climate change, sea-level rise, and non-native biological invasions are among the most pervasive and well-documented threats to protected lands, especially coastal system rich in wetland resources. Land development and associated habitat destruction is also one of the leading causes of wildlife extinctions and can have severe consequences to ecosystem processes such as water filtering and flood control.

A relatively new emphasis in the National Park Service is a focus on the natural sounds and night skies that give many parks their distinctive character. To appreciate Harriet Tubman’s life and her journey requires the park to maintain a certain fidelity to the stars and sky that were her tools to navigate her way to freedom. An important part of the visitor experience is being able to escape the light and noise pollution associated with modern society.

“The midnight sky and the silent stars have been the witness to your devotion to freedom and your heroism.” – Frederick Douglass

The United States has some of the highest levels of artificial lighting in the world. Fewer than one-third of Americans experience sky conditions dark enough to view the Milky Way on a regular basis. Dark skies are valued in parks for their wildlife function, sense of wilderness, and astronomical stargazing. In parks like Harriet Tubman Historical Park, they are also essential to the historical interpretation.

Managing light pollution in Harriet Tubman Underground Railroad National Historical Park is a challenge because of its proximity to several large cities including Washington D.C., Baltimore, Richmond, and Norfolk, Virginia. These urban areas produce substantial amounts of artificial light that are reflected into the atmosphere and decrease the night sky quality for hundreds of miles.

The buzz around the film and the popularity of the biopic with critics and general audiences alike creates an opportunity to discuss and shine a light on the important landscape associated with this amazing historical figure.

This article was originally published by the History News Network.

Todd Lookingbill is an associate professor of biology, geography, and the environment at the University of Richmond. His areas of expertise include landscape ecology, protected areas management, and National Parks. Lookingbill is the co-author of the new book Collateral Values: The Natural Capital Created by Landscapes of War.