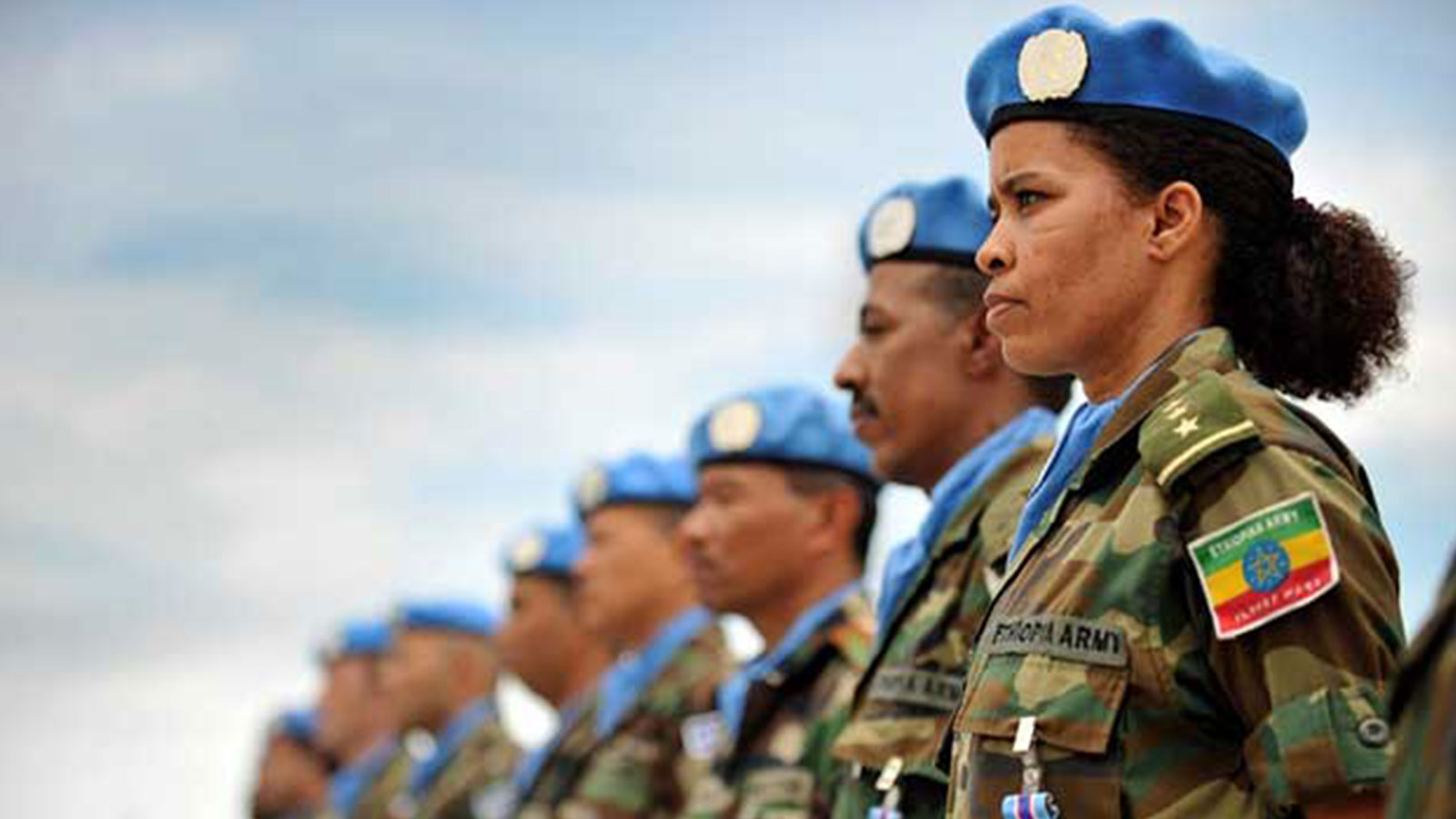 In Hollywood movies, the legendary Wild West was routinely portrayed with gunslingers, lawmen and villains—resulting in the ultimate showdown between the “good guys and the bad guys”.

Linda Thomson-Greenfield, US ambassador to the UN, told the Security Council early this month that the warring parties in the devastating 12-month-long civil war in Ethiopia involve the Ethiopian National Defense Forces, the Eritrean Defense Forces, the Amhara Special Forces, and the Tigrayan People’s Liberation Front.

And invoking a Hollywood metaphor, she remarked “there are no good guys here”.

The battle is perhaps best characterized as a showdown between one set of bad guys vs another set of bad guys –despite the fact that Ethiopian Prime Minister Abiy Ahmed, who is currently leading the conflict, triggering accusations of war crimes, ethnic cleansing and genocide, was awarded the Nobel Peace Prize in 2019.

As in many ongoing conflicts and civil wars—whether in Afghanistan, Yemen, Myanmar, Syria, Palestine, Iraq or Ethiopia, the five veto-wielding permanent members of the Security Council, namely the US, UK, France, China and Russia, are sharply divided and protective of their allies — and their prolific arms markets.

But the conflict in Ethiopia has also resulted in a “monumental humanitarian disaster” where UN agencies and relief organizations are being hindered by the Ethiopian government from delivering food and medical supplies for political reasons.

Still, who are the merchants of death in this vicious conflict which has “already claimed tens of thousands of lives and displaced upwards of 2 million people,” and where rape is being increasingly used as a weapon of war. 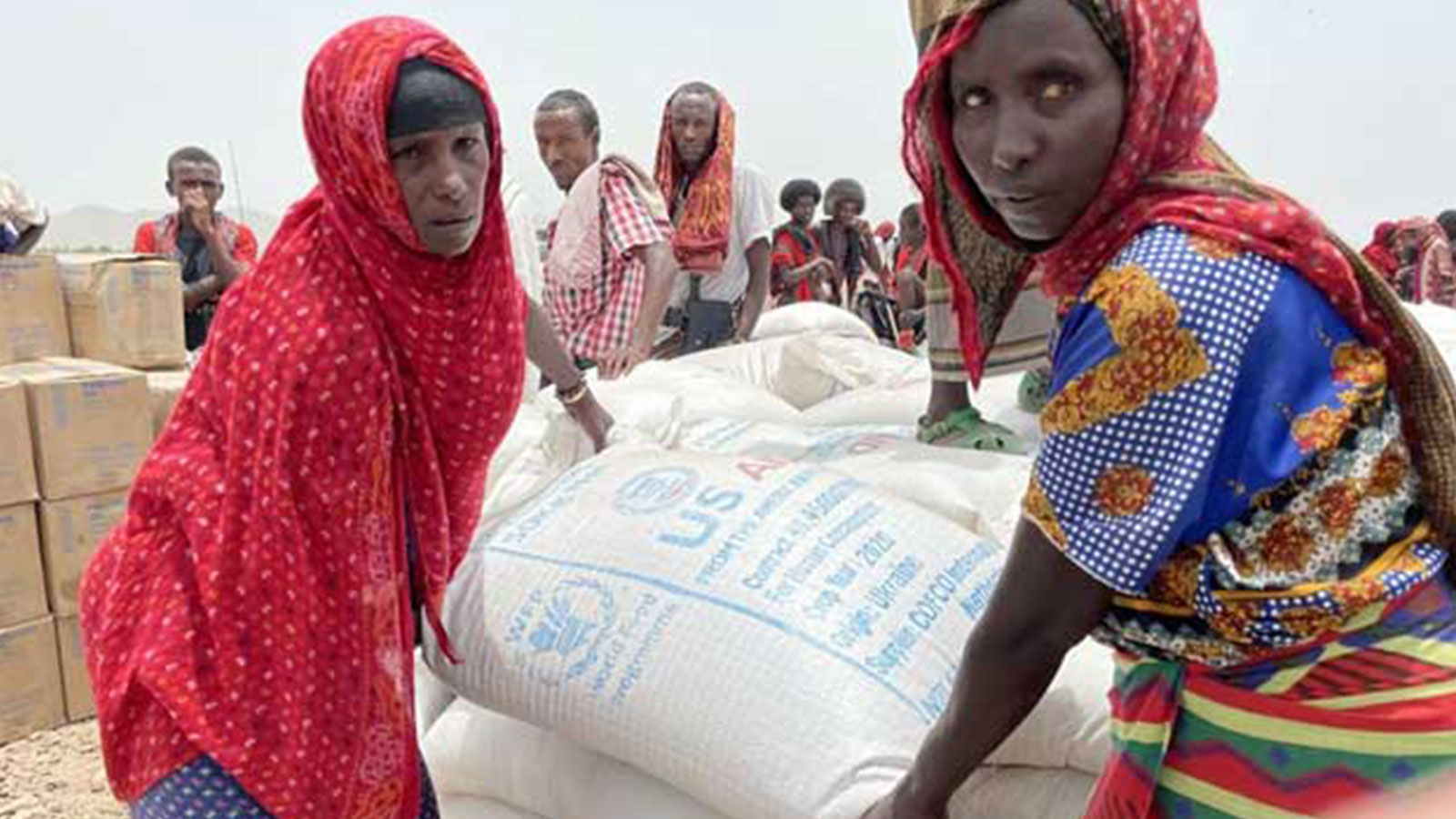 The World Food Programme (WFP) is providing emergency food assistance to more than 800,000 people affected by conflict in the Afar and Amhara regions of northern Ethiopia. Credit: WFP/Claire Nevill

According to figures released by international aid organizations, tens of thousands of people are reportedly displaced in Amhara and Afar regions because of active fighting in multiple locations; about two million rendered homeless overall and about seven million urgently in need of humanitarian assistance.

Ambassador Thomson-Greenfield told delegates it is time for all parties to immediately halt hostilities and refrain from incitement to violence and divisiveness.

The bellicose rhetoric and inflammatory language on all sides of this conflict only aggravate intercommunal violence. It is time for the Government of Ethiopia, the TPLF, and all other groups to engage in immediate ceasefire negotiations without preconditions to find a sustainable path toward peace, she said.

And it is long past time for the Eritrean Defense Forces to withdraw from Ethiopian territory.

“It is time to put your weapons down. This war between angry, belligerent men – victimizing women and children – has to stop,” she declared.

But one lingering question remains: where are these weapons coming from?

China and Russia, two permanent members of the UN Security Council, have been identified as the primary arms suppliers to Ethiopia.

“The time when the Ethiopian National Defence Force (ENDF) almost solely relied on aging Soviet armament, mixed in with some of their more modern Russian brethrens, is long gone.”

“Over the past decade, Ethiopia has diversified its arms imports to include a number of other sources that presently include nations such as China, Germany, Ukraine and Belarus”.

Arguably more surprising is the presence of countries like Israel and the UAE in this list, which have supplied Ethiopia with a number of specialised weapon systems, according to a Blog posting in Oryx.

Alexandra Kuimova, Researcher, Arms Transfers Programme at the Stockholm International Peace Research Institute (SIPRI), told IPS in terms of volume (measured in SIPRI’s TIVs), Russia and Ukraine were the largest supplies of major arms to Ethiopia over the last two decades, accounting for 50 per cent and 33 per cent of Ethiopia’s imports in 2001-2020, respectively.

Deliveries from Russia included an estimated 18 second-hand combat helicopters and combat aircraft transferred to Ethiopia between 2003-2004.

She said there are also European states transferring major arms to Ethiopia since 2001. For example, Hungary supplied 12 second-hand Mi-24V/Mi-35 combat helicopters to Ethiopia in 2013. French Bastion vehicles delivered to the state in 2016 were financed by the US. Deliveries from Germany included 6 trainer aircraft in 2019.

Stephen Zunes, a professor of Politics and chair of Middle Eastern Studies at the University of San Francisco, who has written extensively on the politics of the Security Council, told IPS: “The perception of such conflicts as being simply an African problem ignores the fact that much of the killing would not be possible were it not for Western arms sent to the combatants.”

In most civil wars, however, small arms and light weapons were critically important, and were often backed up by major conventional weapons.

Since 2011, China has emerged as one of the largest arms suppliers to Ethiopia. Some of the known deliveries from China included a single HQ-64 air defence system delivered in 2013 and 4 PHL-03 300mm self-propelled multiple rocket launchers received by Ethiopia in 2018-2019.

Ethiopia also imported about 30 armoured personnel carriers from China between 2012 and 2014, said Kuimova.

Other media reports have provided information on the presence of Chinese Wing Loong and Iranian Mohajer-6 drones in Ethiopia. In addition, several media outlets claim that Turkey is negotiating arms deals on selling an identified number of Bayraktar TB-2 armed drones to Ethiopia.

Meanwhile, in one of the world’s worse conflict zones, namely Yemen, the air attacks are mostly by Saudi Arabia and the United Arab Emirates, equipped with arms primarily from the US and UK, two permanent members of the Security Council.

According to SIPRIs Kuimova, there is not much known about transfers of major arms to Eritrea. She said it appears that the country has not received any major weapons since 2009 when the UN arms embargo on Eritrea came into force. The embargo was lifted in 2018, however, no deliveries of major arms have been documented since then.

“We are currently collecting, analyzing and verifying open-source information on deliveries of major arms to both Ethiopia and Eritrea over the last year,” she said.

But lack of transparency in armaments in the cases of both importer states and exporters make it difficult to determine the order and delivery dates and the exact numbers and types of weapons transferred over the last years.

For example, Ethiopia has not been submitting reports on its imports of arms to the UN Register of Conventional Arms (UNROCA), the main UN transparency instrument on conventional weapons, since 1997.

And China, one of the largest exporters to Ethiopia over the last decade, does not appear to have reported to UNROCA, information about its arms transfers to Ethiopia.

Featured image: From the early days of UN peacekeeping to some of today’s most vital operations, Ethiopian men and women have played an important role in the UN’s efforts to advance peace in the world’s hot spots. The country’s participation in UN peacekeeping operations dates back to 1951, as part of the UN multinational force in the Korean War.