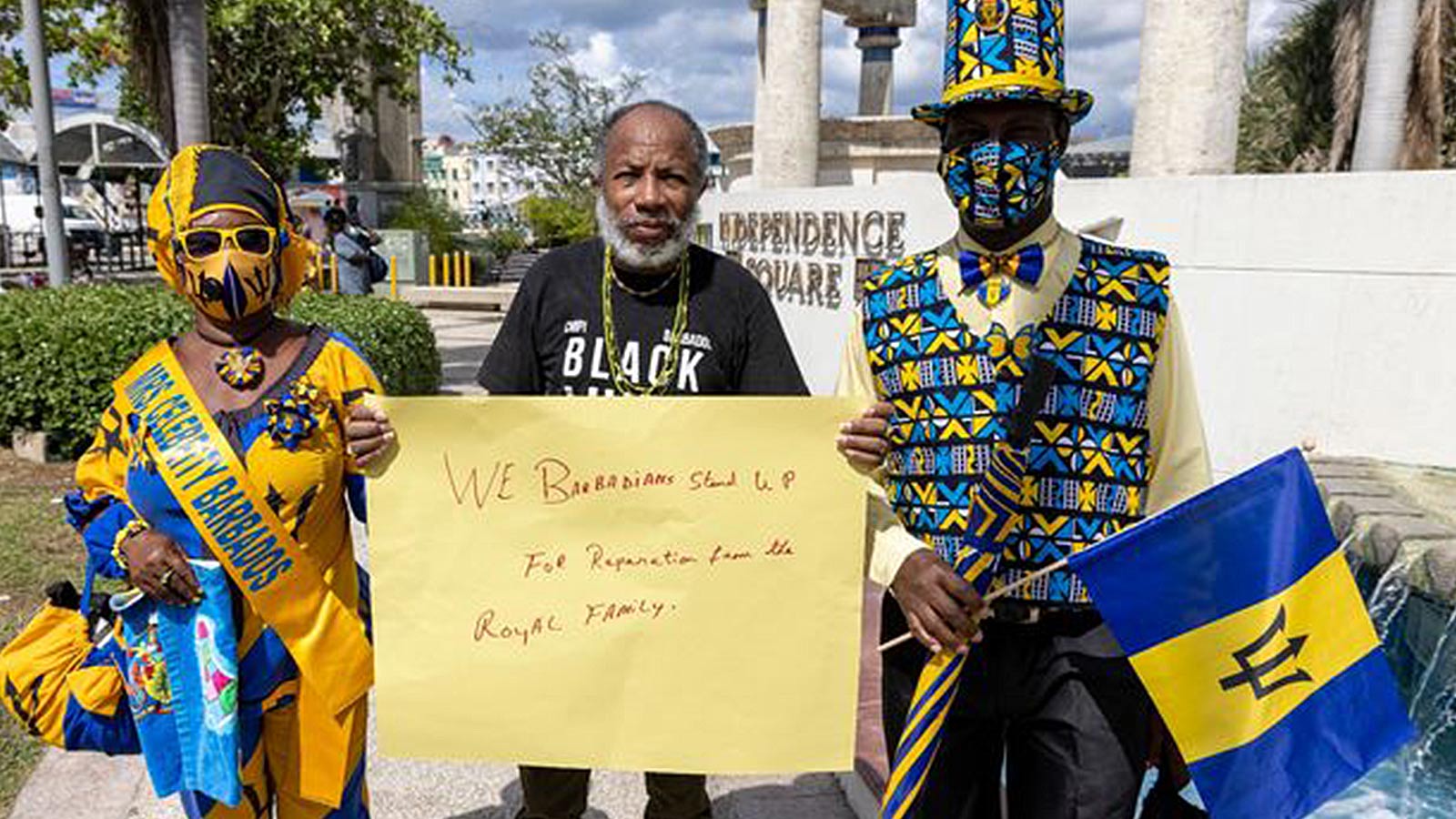 Demo organiser David Denny from the campaign group Caribbean Movement for Peace and Integration said Prince Charles’ visit to Barbados was an ‘insult’ as he said the Royal Family benefited from slavery.

Prince Charles will fly into a new race storm on Monday as protestors plan to hijack his visit to Barbados to demand compensation for slavery.

The future king will be confronted by up to 100 angry activists demanding an apology and reparations from the royals and the UK Government, which could run into hundreds of millions of pounds.

At least one senior official backs the demonstration due to take place during a ceremony to mark the island becoming a republic, removing the Queen as its head of state. And the protest will alarm Charles, who has said slavery is an “indelible stain” on the world.

“The Royal Family benefited from slavery in Barbados. I’m angry.”

Mr Denny, general secretary of campaign group Caribbean Movement for Peace and Integration, added: “It’s not just about money, it’s about an apology and help.

“Reparations are needed to transform our society.” 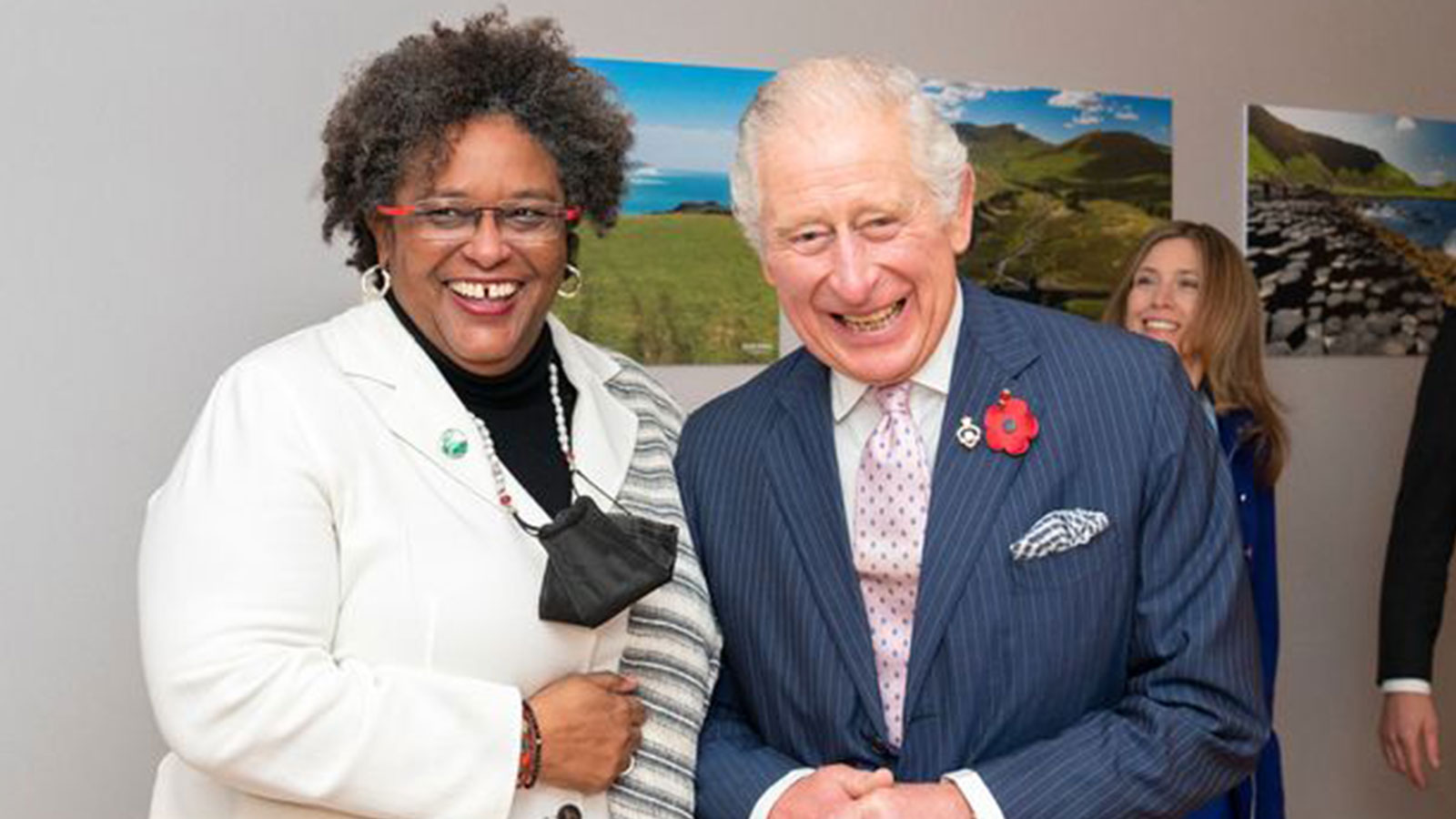 The prominent Black Lives Matter activist went on: “Barbados should not honour a family who murdered and tortured our people during slavery. The profits created the financial conditions for the Royal Family to increase their power.

“Prince Charles is not deserving of any award from the people of Barbados. He should apologise.

“Our position is very clear: Barbados’ people and our ancestors have suffered under the hands of British exploitation, which was organised at a very high level.”

Elizabeth I, Queen of England from 1558 to 1603, was integral to establishing the British slave trade. And Barbados became the first British slave society. Britain’s ruling elite claimed control of the island in 1625. They made vast fortunes from cotton, indigo, tobacco and sugarcane plantations while the slaves forced to work on them were classified as “sub-human”.

Lalu Hanuman, of the 13th June 1980 Movement, said: “A lot of people don’t realise the linkages between the Royal Family and slavery. Their hands are mired in it. And a substantial amount of their wealth came from it.”

“Kensington Palace was directly built off of the slave trade by King William III. Before that Elizabeth I granted a royal charter to Sir John Hawkins and provided him with ships for the slave trade. She also gave him his own coat of arms, which depicted a chained African person.”

The slave trade resulted in 12million African people being snatched from their countries. Five million were taken to the Caribbean, including 600,000 to Barbados. And their deaths ran into the millions.

After the vile trade was abolished in 1833, ex-slave owners, including relatives of the royals, were compensated. But the slaves got nothing.

David Denny is calling for an apology and reparations from the royals and UK Government (Ian Vogler, Daily Mirror)

Some UK firms have begun to examine the idea of reparations. Insurers Lloyd’s of London and brewer Greene King last year apologised for benefiting from slavery and offered financial support to charities promoting diversity and inclusion.

Mr Denny’s campaigning has led to Barbados becoming a republic without even holding a referendum.

He now hopes Charles will take notice of Monday’s protest.

He said: “I wish them well and hope that what they are attempting to do brings some level of consciousness to the prince.”

Charles, who met Ms Mottley at Cop26, branded Britain’s role in slavery an “atrocity” during a visit to Ghana in 2018. But he did not acknowledge his family’s part in it.

Graham Smith, of UK campaign group Republic, said: “The Royal Family were steeped in the slave trade. There’s no reason why they can’t make significant reparations.”

Tonight Barbados police source said: “Security will be at the highest level for Prince Charles’ visit.”

A spokesman for the prince said: “We have no comment to make.

Why Prince should say sorry – and pay up

A direct descendant of Barbadian slaves says the Royal family should pay up – and admit they were wrong.

Grandad Aidan Taylor, 64, met Prince Charles during his last visit to the Caribbean island in 2019.

Standing in Bridgetown’s Independence Square, which Charles will visit on Monday, proud Aidan said: “Five generations of my family were enslaved at Ayshford plantation and Lion Castle plantation and died there.

“We should never be ashamed of our past because it has made us who we are. It is important to know our history and acknowledge it because that allows us to build our future.”

Appealing directly to the UK’s future monarch Aidan, who was wearing a costume covered in the Barbadian flag, said: “It doesn’t take nothing off of you to admit what happened in the past. We must hold hands and go forward together.

“Reparations would be good and should be used to educate and help the next generation. It isn’t about anyone trying to get rich.”

Featured image: David Denny is calling for an apology and reparations from the royals and UK Government (Ian Vogler, Daily Mirror)