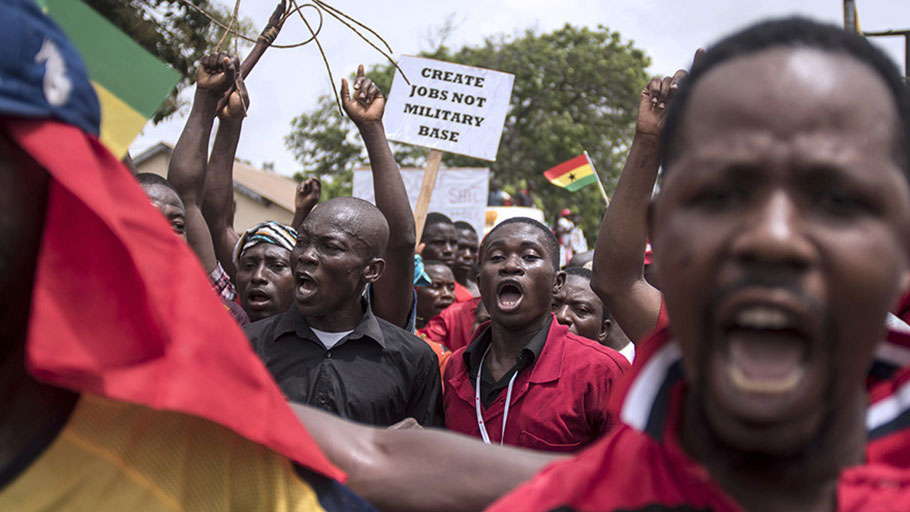 ‘Ghana not for sale’: Protesters march in Accra against military deal with US

You Are Here: Home » Blog » Editors' Choice » ‘Ghana not for sale’: Protesters march in Accra against military deal with US

A controversial pact, in which the US military wants to invest $20 million and get access to Ghana’s runways and communications, set off rallies in the West African nation, with people chanting their country is “not for sale.”

Thousands of people flocked to the streets of Accra, the capital of Ghana, to protest a military deal the government recently signed with the US. As part of the agreement, Washington would allocate around $20 million to train the Ghanaian military, carrying out joint exercises and using the nation’s radio channels and runways, the New York Times reported.

On Wednesday, massive demonstrations erupted in the capital, with people decrying both Ghana’s government and US President Donald Trump. Demonstrators held placards that read “Shithole government,” “Trump take your military base away.” “Ghana not for sale,” and “Ghana is better than $20 million.” 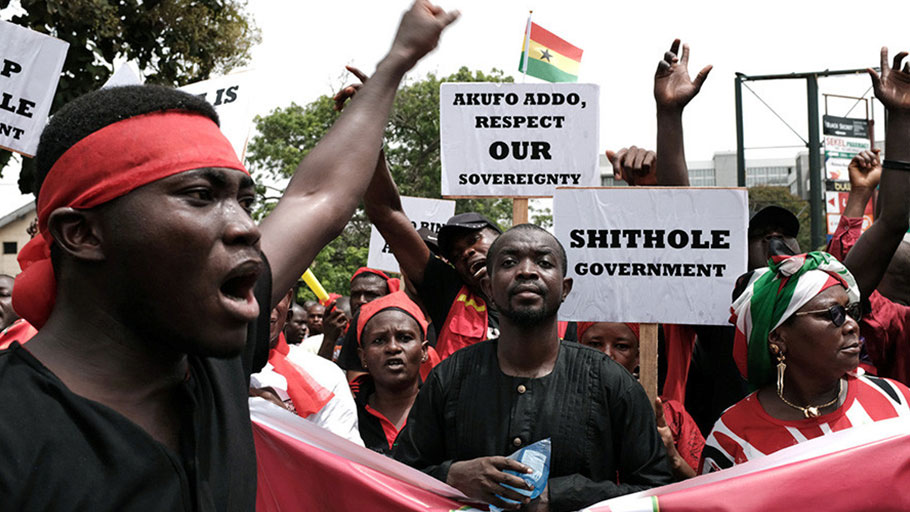 Police say around 3,500 protesters took part. Some voiced unease over the growing US military expansion in Ghana and beyond. “As a right-thinking citizen, I am here to fight for my country. I am against selling our peace and security for $20 million,” Gifty Yankson, a 49-year-old trader, told Africa News.

“They [the US military] become a curse everywhere they are, and I am not ready to mortgage my security,” the man added. Though riot police were deployed, the demonstration was peaceful.

The agreement was approved by Ghanaian President Nana Akufo-Addo’s government last Friday, but has come under fire from the opposition which voted against the pact in parliament and insisted it was a blow to the country’s sovereignty. 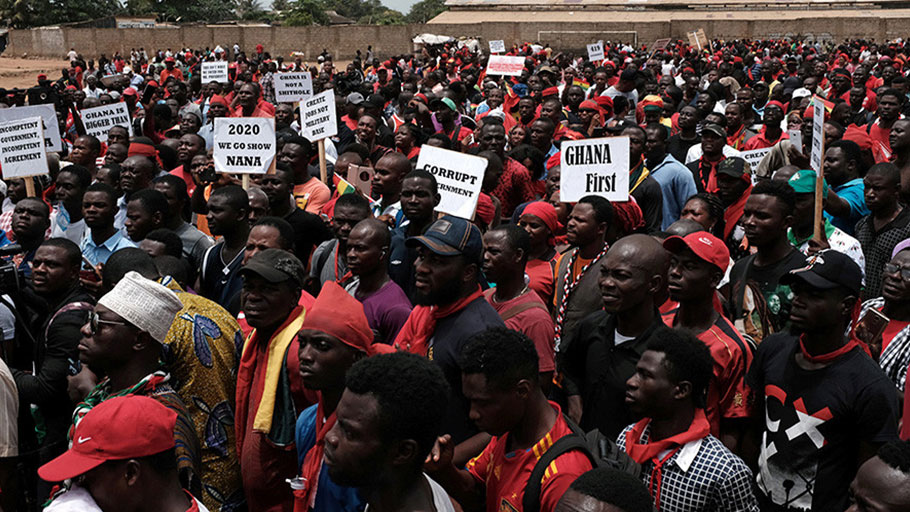 The US Embassy in Ghana said Washington had “not requested, nor does it plan to establish a military base or bases in Ghana.” It added: “This year, the United States of America is investing over $20m in training and equipment for the Ghanaian armed forces.”

Joint exercises were planned for this year “which require access to Ghanaian bases by US participants and those from other nations when included,” according to the embassy.

Statement on the Defense Cooperation Agreement between the United States of America and the Republic of Ghana: pic.twitter.com/STrn9cSthH

Similar protests against US military presence took place in different locations across the globe. The Japanese island of Okinawa is one of the most active venues of anti-American rallies. In recent years, demonstrations lambasting the US military occurred in Italy and the Czech Republic.

In Italy, locals have repeatedly voiced their unease over the US Dal Molin Army base. The country has one of the highest numbers of US bases in the world, and is the second-largest state in Europe after Germany which hosts an American military presence.