Haiti Revolution’s impact on U.S. slavery to be discussed

You Are Here: Home » Blog » Editors' Choice » Haiti Revolution’s impact on U.S. slavery to be discussed 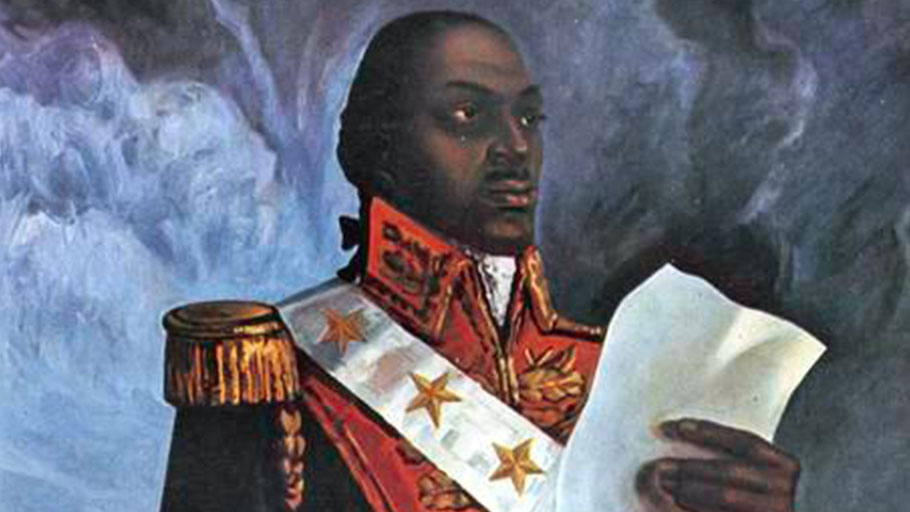 Toussaint Louverture led a slave rebellion that eventually overthrew French colonization in what was then Saint-Domingue and what became the independent nation of Haiti. The revolution had a profound effect on the United States on both sides of the slave debate.

Fayetteville State professor says both sides of the emancipation debate were affected.

In the late 1700s and early 1800s, Toussaint Louverture led a slave rebellion that eventually overthrew French colonization in what was then Saint-Domingue and what became the independent nation of Haiti.

The action sent shock through slave-holding parts of the Americas, including the southern United States. American newspapers intensely covered events in Saint-Domingue.

The revolt and the island’s Caribbean location to the southeast of the United States was too close for many white Americans.

Thomas Jefferson, himself a slave-holder, branded the black Haitians as “cannibals,” who he feared would infect enslaved African-Americans in the U.S. with a spirit of revolt. He used the office of the presidency to cut off diplomatic ties with Haiti and attempt to isolate the fledgling nation.

The planter class was no less unsettled.

Rob Taber, history professor at Fayetteville State University, says the reaction to Denmark Vessey was a dramatic illustration of fear related to the Haitian Revolution. Vessey, a skilled carpenter, was accused of planning an uprising of enslaved Americans in Charleston and was executed by hanging in 1822, as were more than 30 others.

“Denmark Vessey he’d actually been enslaved in Haiti for a short time as a boy,” Taber says, “and part of the fears in Charleston among white Charlestonians is ‘There is a Haitian fleet off the coast.’ This is the rumor that’s going around because Haiti of course is now an independent country with a fleet. You know, ‘What if this guy who speaks French is in secret correspondence with the Haitians and we’re all doomed?’”

Taber, a Latin American history professor and expert on colonial and revolutionary Haiti, is scheduled to speak at 6 p.m. Wednesday on the subject of, “Leaving Slavery: The Story of the Haitian Revolution and its Influence on the American Civil War.” The free event, timed for Black History Month, is scheduled for Room 242 at the Rudolph Jones Student Center on the campus of FSU.

The event is co-sponsored by The FSU Black History Scholars Association, formerly the Black History Club, and the Lafayette Society, two organizations that have jointly programmed a number of events together. Taber is co-advisor to the scholars association along with Kelisha Graves, FSU’s academic excellence counselor and instructor for the honors program.

Taber says the Haitian Revolution also inspired people on the other side of the emancipation debate, people who wanted to end the infernal trade as well as enslaved African Americans yearning to be free.

Taber says his lecture will “go up until about 1863, where I’ll end.” That was the year President Abraham Lincoln published the Emancipation Proclamation, which declared freedom for enslaved Americans in the Confederate states. Taber says he will introduce into the lecture a well-known figure but wants to save the surprise for Wednesday evening.

Taber says the history of the struggle to win and preserve freedom from slavery is broad and deep.

“We shouldn’t be afraid to learn more about it,” he says.

“And Haiti is the most dramatic of those,” Taber says.

This article was originally published here by The Fayetteville Observer on February 4, 2019.

Why the GOP Really Outed Northam