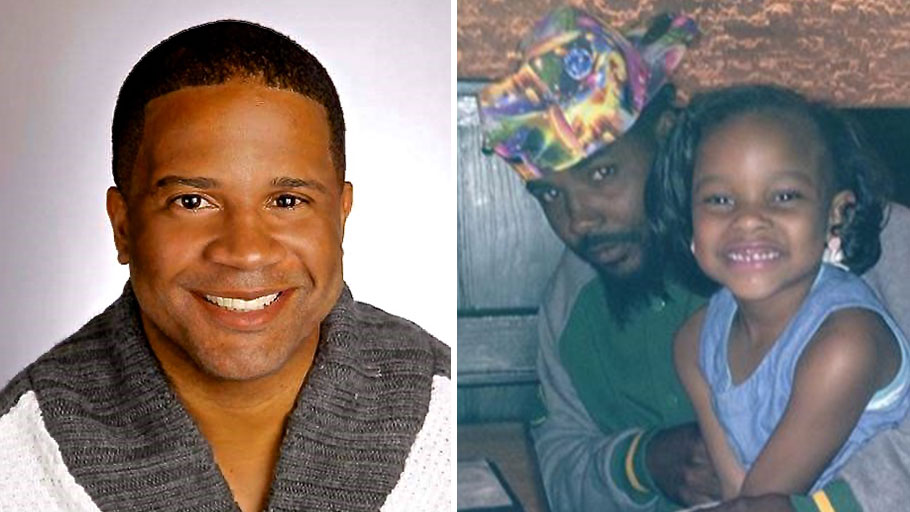 You Are Here: Home » Blog » Editors' Choice » In the Name of Albert Ramon Dorsey and Dennis Todd Rogers #Boycott24

Twice in 20 months, employees have called police on black members, resulting in their murder. 24 Hour Fitness has refused to address this.

On March 8, 2017, LA County Sheriff deputies responded to a call from 24 Hour Fitness employees at the location in the Ladera Heights section of Los Angeles, the employee claimed Dennis Todd Rogers, another unarmed Black gym member had stayed too long at the gym. Sheriff’s deputies cornered unarmed Dennis in the parking lot, and executed him.  Dennis, an aspiring actor, had recently moved to Los Angeles. He was 41.

Less than 20 months later, on October 29th, 2018, employees of 24 Hour Fitness in Hollywood, California called the LAPD on Black gym member Albert Ramon Dorsey. Ramon was naked in the shower when LAPD officers arrived, where a few minutes later, after knocking off their body cameras, they executed him.  Ramon, as he was known to his friends and family, was an aspiring musician from Prince George’s County, Maryland. He was 30 years’ old

The murders of Dennis Todd Roger and Albert Ramon Dorsey by Los Angeles law enforcement are tragic and outrageous examples of what can and does happen all too often when the police are called on Black people. We all are aware of what danger the police pose to Black people, and with this awareness we must hold responsible those that use calling the police as a weapon against Black people.

On January 23rd, 2019 Black Lives Matter – Los Angeles sent a letter to 24 Hour Fitness CEO Tony Ueber listing these simple demands. The gym responded with a letter dismissing them.  On January 31st, 2019 Black Lives Matter – Los Angeles, along with Ramon’s sister and niece, led the first of what now have been weekly pickets at the location where Ramon was killed. January 31st would have been Ramon’s 31st birthday.

We are asking for your support of the boycott of 24 Hour Fitness until they agree to work in partnership with Black Lives Matter-Los Angeles to implement the following demands:

(1)   Issue and widely disseminate a public statement affirming the value of Black lives;

(2)   Immediately establish and conduct a series of mandatory and substantial cultural-competency training sessions for managers, workers, and franchisees;

(3)   Develop protocols and alternatives to calling the police and make sure all staff understand and accept the procedures.

24 Hour Fitness must show that they value Black lives.  As a concerned member of the community in solidarity with Black Lives Matter – Los Angeles, I support their boycott of 24 Hour Fitness, and will continue until 24 Hour Fitness addresses their systemic issue of devaluing the lives of their Black members.

In 2018, Starbucks closed all of their stores nationwide to conduct cultural competency training of all of their employees in response to the arrest of 2 Black men at a Starbucks store in Pennsylvania after the store manager called the police.

WHAT YOU CAN DO RIGHT NOW 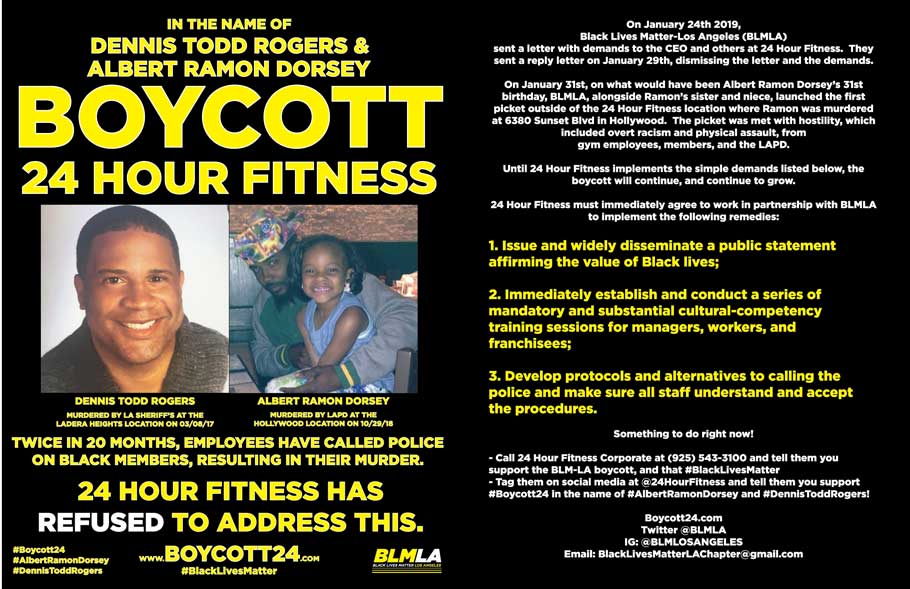