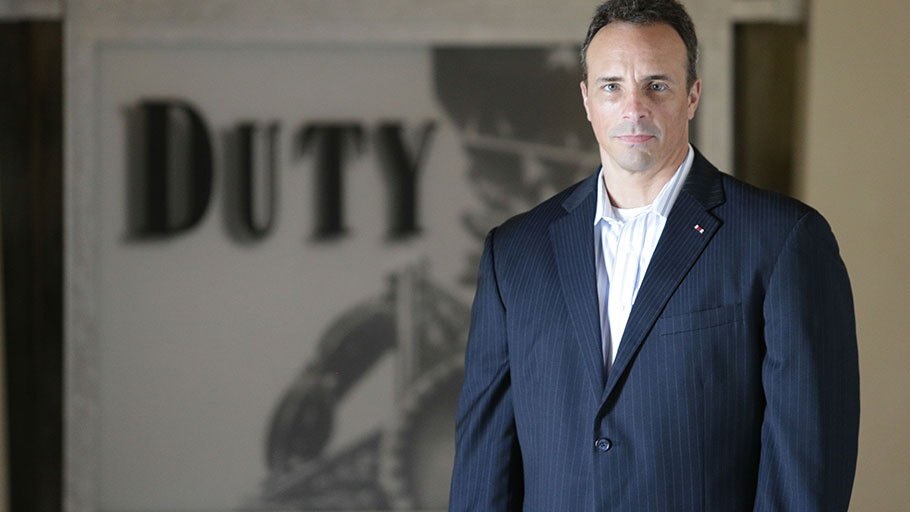 African Americans born during the 20th-century Jim Crow era were promised all the freedoms and rights of the white Americans, but instead languished in the torture chamber of racism and state-sponsored bigotry.

One of the most meaningful and impactful initiatives in our country is the Honor Flight program. It flies veterans to Washington, D.C., to visit the memorials and brings tears to all who witness it.

A few years ago, at their welcome home ceremony, I watched a noble man and true patriot named David Thornton, a Vietnam War veteran, be recognized for his bravery and sacrifice.

He received loud applause, as did dozens of servicemen and women who were also on his Honor Flight.

One group of veterans, however, received the most sustained and rapturous applause; not only for their service, but also in acknowledgment of the conditions and climate in which they served.

African Americans born during the 20th-century Jim Crow era were promised all the freedoms and rights of the white Americans, but instead languished in the torture chamber of racism and state-sponsored bigotry.

In recent years, reparations for slavery has become one of the most contentious issues in our current public domain. Figures as astronomical as $15 trillion are being proposed.

While reparations for slavery seems unattainable both fiscally and politically, is there another way to acknowledge the cruelty of a sustained and systemic racism that is beyond any doubt or any debate? I believe so.

Reparations for those African Americans of the Jim Crow era is an idea with merit and worth pursuing. Their suffering is undeniable. The scars are unmistakable. Their memories unimpeachable. They deserve their country’s belated consideration.

Lest you think this is some 2020 awakening of wokeness, I first proposed this idea several years ago in another Indianapolis publication. We can and should pay our debt to these Americans while they are still with us.

Would paying reparations in this way be expensive? Absolutely, but it would be considerably less expensive than plans currently being discussed. It could be a part of any federal COVID-19 program. And yes, even in 2020, tens of thousands of dollars distributed to millions of people becomes real money.

The disheartening truth is that we could never sign a check large enough to truly make up for Bull Connor’s dogs, elected officials standing in schoolhouse doors, separate drinking fountains, thousands of Black Americans giving up their seats for white Americans, and the list goes depressingly on.

The question remains: Are Jim Crow-era African Americans entitled to compensation from the government that sanctioned and supported a system deliberately designed to rob our Black citizens of the opportunities they fought so hard to secure?

The answer is yes. If you think the answer is no, I understand. It’s a divisive and potentially expensive situation. But if I were czar of America, I would require every high school student to watch both “Saving Private Ryan” and “Mississippi Burning” as they are both harrowing visuals of sacrifice and courage. The latter no less than the former.

In addition, please do one thing for me: Politely approach African American men and women age 70 and above and learn their history. Ask them how they were treated in school. Did they feel like they could live anywhere they wanted? Apply for any job for which they felt qualified?

Forgive me, but I think we all know the answers.

The passing of congressman John Lewis should remind us all what his generation did to make the United States a better place. While our journey is far from complete, we should pay our debt to the African Americans who gave our country and our civil rights the full measure of their pain and devotion.