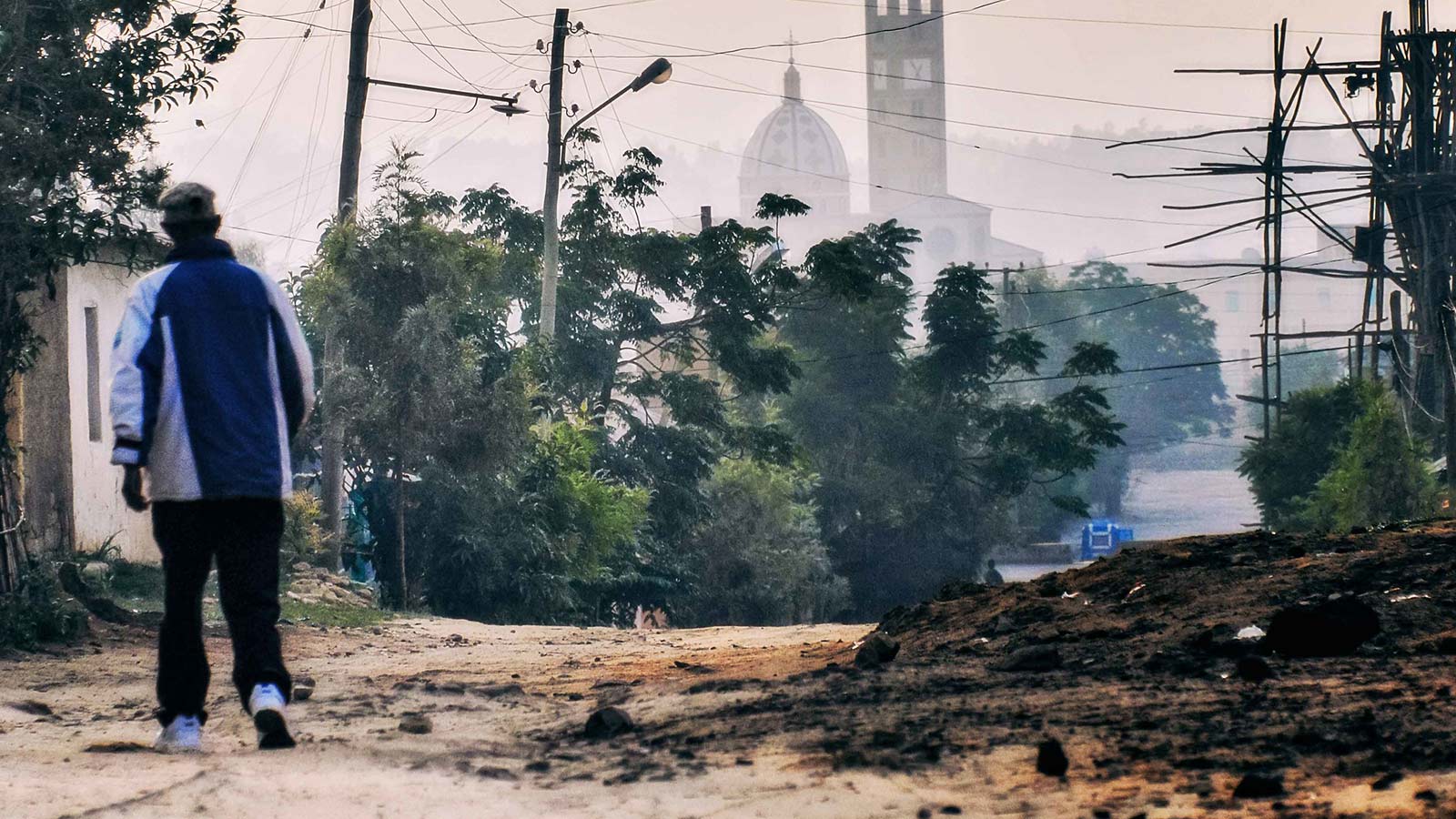 Religion was once Ethiopia’s saviour. What it can do to pull the nation from the brink

You Are Here: Home » Blog » Editors' Choice » Religion was once Ethiopia’s saviour. What it can do to pull the nation from the brink

Ethiopia’s main religions need to take an emotional distance from politics and find a neutral space so they can get moral clarity.

By Mohammed Girma, The Conversation —

Ethiopia is at war with itself —- all over again. Again, it is in the global media spotlight for the wrong reasons: war, displacement, rape, and killings. A nation with a long but turbulent history and a rich religious heritage has struggled to shrug off the vices holding it back from moving forward.

This, however, is not for a lack of opportunity. The nation lays claim to cultural and religious values which could have been nurtured, re-calibrated, and developed to foster peaceful cohabitation. Moreover, history has afforded Ethiopia many chances to find a unifying formula and move to a more democratic dispensation. Many times, the country has struggled to root out toxic seeds which have effectively ruined its chances of using ethnic and religious diversity as a strength, not as a threat.

Ethiopia is a deeply religious nation. Both Christians and Muslims have fascinating stories to tell not only of their origins, but also of how they have managed to negotiate their shared space. The question, therefore, should be: what role is religion playing in the conflict in Tigray?

It is worth starting this discussion by way of briefly capturing the role religion played in the past in addressing threats of division and disintegration.

Ethiopia has survived several dark epochs in its long history. Religion was one of the reasons why it survived. Take, for example, the “Zemene Mesafint” -— the era of princes. This period, between the mid-eighteenth and mid-nineteenth centuries, got its name from the Bible because it mimicked the biblical “period of judges” in Israel’s history.

Joshua, who had guided Israelites in the last and critical part of their journey of liberation and helped them to settle in the promised land, had just died. Upon this, the central point in Jewish life started to dissipate. The nation splintered into 12 tribes, followed by a vicious cycle of violence and lawlessness.

In the same way, the Zemene Mesafint was a treacherous time in Ethiopian history, its union threatened by power-hungry regional warlords. As the real power deserted central government and lay instead with regional leaders, the nation’s political and institutional architecture was challenged.

Scholars believe that heightened regionalism during the Zemene Mesafint brought Ethiopia to the brink of disintegration. But the Orthodox church, a powerful non-state actor, was in favour of unity at the time. Religion, therefore, provided a theologically informed political tool — a national myth of a social covenant – to abate the looming danger.

Ordinary citizens used this notion to invent their own version of volksgiest, or a way of life. Their principal concern was negotiating their space with ethnic and religious others. Ultimately, the social tool that religious intellectuals deployed to avoid existential crisis became an opportunity that helped reconfigure the Ethiopian union. For many years, it was an epistemic framework that provided a vision for peaceful cohabitation.

However, this myth -— and the social values that enveloped in it -— has not been nurtured and re-calibrated to fit current social and political realities. Instead, it has been demystified and politicised. The result is that, instead of becoming a unifying force, it became a source of polarisation. That religious default point is now replaced by a new one: ethnicity.

In the current Ethiopian political reality, ethnicity is not mere allegiance, it is also an interpretive framework by which groups analyse and formulate their existence. Religion and its social values have been weakened. More worrying, religion is now being preyed upon and can be instrumentalised, if necessary, by politicians to score political points.

The problem confronting Ethiopia now has some similarity to the times of the Zemene Mesafint. For instance, powerful regional states were born. Some of them operate with worrying levels of autonomy in relation to the federal state. They have well-resourced armies that stand toe-to-toe with the federal army.

Personal animosities among political leaders often swiftly take a tribal shape. Ethnic allegiance, and resultant territorialism, has become a social and political prism through which human interactions are imagined. Historical injustices are not properly addressed. Instead, they are recirculated and galvanised by hostile groups to achieve their political goals.

So, what is the role of religion here?

Firstly, what is manifesting in the social and political reams is symptomatic of moral decay within the religious institutions. By their very inability to become a source of peaceful cohabitation and reconciliation, religious groups have become responsible for the loss of the moral compass in society.

Secondly, there is no one unified religious entity that commands attention and dictates a unifying narrative as religious institutions face their own internal crises related to ethnicity. A case in point is that Abune Mathias -— the head of the Orthodox Church who is of Tigrayan descent —- has recently spoken against the government’s stance in the conflict. There are other clergy members within the same church who are outspoken supporters of the government’s action of “maintaining law and order” in Tigray.

Thirdly, even though religion is not the primary factor behind the conflict, it can be used as a mobilising factor by both sides. Supporters of the warring groups use their pulpits to demonise their perceived enemies and paint their leaders in a messianic light. This comes with the risk of dogmatising ideological positions and desensitising conscience when atrocities are committed by those who are supported by a particular group.

Finally, religiously laced conversation pushes politics from ideas that can be challenged to dogma that should be defended at any cost. It, simply, is a matter of existence.

Ethiopia’s future is uncertain. The country needs the efforts of every stakeholder to prevent it from the already unfolding tragedy. Religious groups — Christians and Muslims – have big roles to play. I will suggest three action points:

The first, and very critical, step is genuine soul-searching within each religious group. They need to ask the hard questions of why and how the society is sliding into hate-filled chaos. They need to come up with corrective actions within themselves and find a unified narrative among themselves.

Secondly, there is a great need for an inter-religious peace effort. This requires coming out of their own small echo chambers, empathetic listening to those who are hurting, and providing a transcendent narrative that goes beyond the political divides.

Third, they need to take an emotional distance from politics and find a neutral space so they can get moral clarity. They need to find courage to speak truth to power, if necessary. Ethiopia is crying out for a new social covenant -— the “we” of humanity, not for the “us versus them” of politics. While diversity should be respected, and even celebrated, the religious teachings should now be focused on healing and reconciliation.

An earlier version of this article was first published by Berkley Center for Religion, Peace and World Affairs.