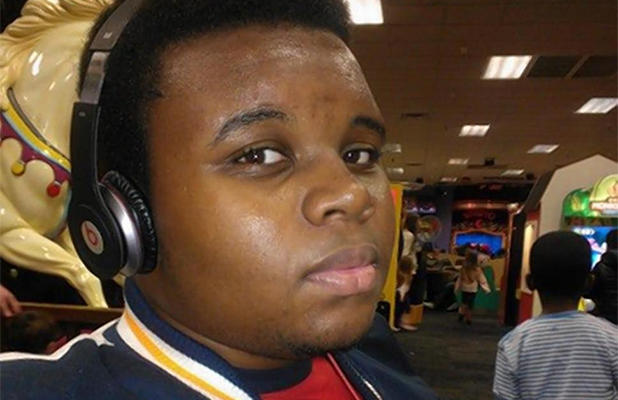 He didn’t deserve to die.

I have heard that phrase uttered countless times since the tragic shooting death of Michael Brown in Ferguson, Missouri, on a hot summer day this past August.

Now a federal grand jury has said there will be no indictment of Officer Darren Wilson.  Apparently, neither the grand jury nor the Justice Department felt that probable cause existed to bring charges against Officer Wilson for acting with malice in killing an unarmed Michael Brown.

And so, the chant will likely grow even louder over the next 48 hours and in the uneasy days to come.

He didn’t deserve to die.

So, why is he dead?  And does anyone “deserve” to die?

Dr. Martin Luther King, Jr. once noted that, “Death comes to every individual. There is an amazing democracy about death.  It is not aristocracy for some of the people, but a democracy for all of the people. Kings die and beggars die; rich men die and poor men die; old people die and young people die; death comes to the innocent and it comes to the guilty. Death is the irreduciblecommon denominator of all men.”

King makes a powerful point.  Sadly, young people do indeed die.  But King wasn’t talking about the shooting deaths of unarmed black youth shot point-blank by officers of the law who are sworn to serve and protect them.

So, why is an 18-year-old Michael Brown dead now?  Did he deserve to die, as some have essentially suggested, for his callous treatment of a convenience store owner and his alleged disrespect of a law enforcement officer?

I don’t believe that anyone deserves to die — for anything, quite frankly.

You may feel differently. We’ll just agree to disagree on that matter.

But what I hope we can agree on is that death cannot be the only thing that democratizes us as human beings and fellow citizens.

The fact that Officer Wilson won’t be indicted for killing Michael Brown doesn’t mean that a crime against humanity wasn’t committed that day. When a jury finds a defendant “not guilty” it doesn’t necessarily mean that the defendant is “innocent.” Something went terribly wrong that day, even though it couldn’t be proven in a court of law.

And 23-year-old Sean Bell in Queens. And 19-year-old Renisha McBride in Detroit.  And 17 year-old Trayvon Martin in Florida. And 12-year-old Tamir E. Rice in Cleveland.

I believe these young Americans have something to say to us in their death.

Their deaths say to us that we must stop contesting their dignity and humanity by always assuming and assigning guilt first.

Their deaths say to us that we cannot be afraid of our own children. God help us when the adults are afraid of the children.

Also read: Michael Brown Shooting Witness: ‘I Knew This Was Not Right’ (Video)

Their deaths say to us that poverty is threatening our democracy.  Too many of our precious black youth are forced to surrender their life’s chances before they ever know their life’s choices.

Their deaths say to us that unless we want to see more cities aflame in the coming weeks, months and years; our demagoguery, our irresponsibility and our indifference must stop now.