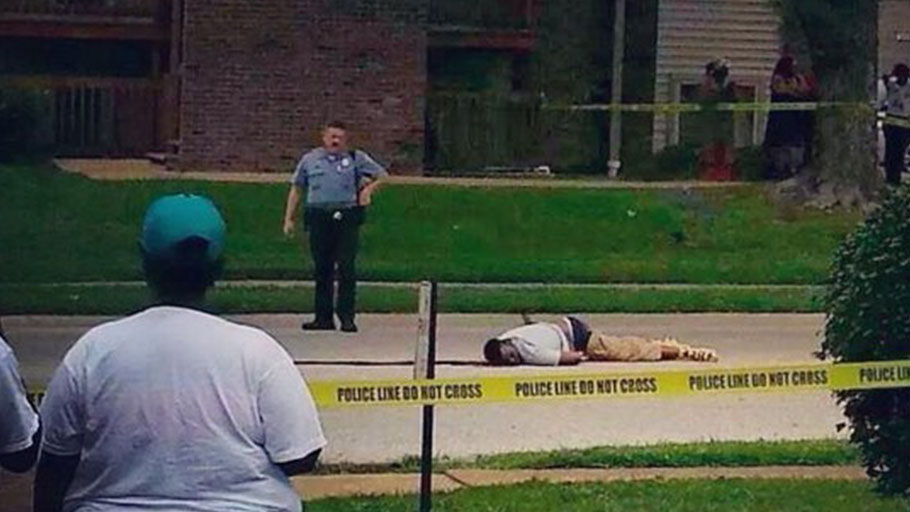 You Are Here: Home » Blog » Commentaries/Opinions » A Justified Rage

A rage over 400 years in the making

At this moment I don’t need my President to tell me to respect the decision of a tainted grand jury. And the call for calm from civil rights leaders, politicians and suspect clergy fall upon deaf ears. This isn’t about calm or order. It’s about justice.

I am not trying to be analytical, politic, proper or courteous about this madness either.

By the way, if our civic leadership was as concerned with the killing of Black people as they are with the destruction of property we wouldn’t be at this moment. Businesses can be rebuilt, insurance can cover property damage. Michael Brown ain’t coming back. The violence we witness in the streets is a reaction to the violence and degradation Black people endure on a daily basis. If the National Guard can be called up to defend the purveyors of hate and injustice, why not call them up to protect the people against institutional forces of evil – the police? No, we don’t have to respect the decision of a corrupt institution. Our only recourse is to dismantle the infrastructure that breeds racism.

For every Tamir Rice, Emmett Till, Rodney King, Phillip Pannell, Cheyanne Bond, Trayvon Martin, Hadiya Pendleton, Malik Williams, Michael Brown, Genesis Rincon, John Crawford, Oscar Grant, Sean Bell and Eric Garner – I choose to be angry and indignant. I reserve the right to simmer with rage, and to use all my God given strength and talent to combat the sins of this nation. I refuse to submit, to be docile; to accept the slaughter of innocent children as a cost of being a Black American. It is a cost that I refuse to afford and a penalty that I refuse to accept. My rights were already paid down by the enslaved labor of my ancestors and the blood of the strange fruit that you hung on southern trees. I now demand payment in full for the terror imposed on my people and the dignity you trampled to gain advantage.

I will not be silent nor will I waver in the face of ignorance and hate. There is no bending of the back here, no casting eyes away and no lowering of the head. The back you thought you broke is straight, and buttressed by a spine of steel. That sound you hear is not feet shuffling, but steps ordered and determined. My friends call me Walter but you can call me Mr. Fields. And if you try ‘boy,’ ‘nigger’’ or ‘you people,’ or any other pejorative label know that I didn’t make it to 55 by accident.

“I will not be silent nor will I waver in the face of ignorance and hate. There is no bending of the back here, no casting eyes away and no lowering of the head. The back you thought you broke is straight, and buttressed by a spine of steel. That sound you hear is not feet shuffling, but steps ordered and determined.”

America needs to know that it crossed the line in Ferguson. Really, it obliterated the line of decency and humanity with the farce of a judicial process that occurred. The line was crossed a long time ago and Black people have been incredibly patient. No other group of oppressed people on this planet would have been this tolerant for this long as its children were murdered in cold blood. In some corners of the world children are hurling rocks at tanks and teenagers are standing in the path of tanks, and mothers are bearing arms. In America we have simply seethed, cried, prayed and hoped. And our oppressors have gone about their business, dining at the table of ill-gotten gains. It’s time we put justice on the menu and force fed it down the mouths of those who will never acknowledge our humanity.

And let me set the record straight. Black people kill Black people, just as whites murder whites. White cops kill Black people. Black cops kill Black people. Corporations kill with their products. Americans kill. Violence is an equal opportunity offender. Just ask the families in Columbine, Sandy Hook or Oklahoma City. The attempt to racialize inner-group conflict is a pathetic denial of the reality of the society in which we live. Violence is part of the American fabric, is glorified, glamorized and claimed as a unique aspect of our culture. There is nothing Black about violence but there is everything American about killing.

We get it America. We get it loud and clear. The ball is now in our court. We have votes. We have money. We have our youth. We have our voices. We have our feet. We have our bodies. Let’s just be clear about one thing. We have tried it the way you prescribed in the Constitution and you betrayed the very words etched on parchment. It’s now time for payment in full on that promissory note Dr. King spoke of on August 28, 1963 with Lincoln in the background. It’s time for Black Americans to be about the business of bill collecting.