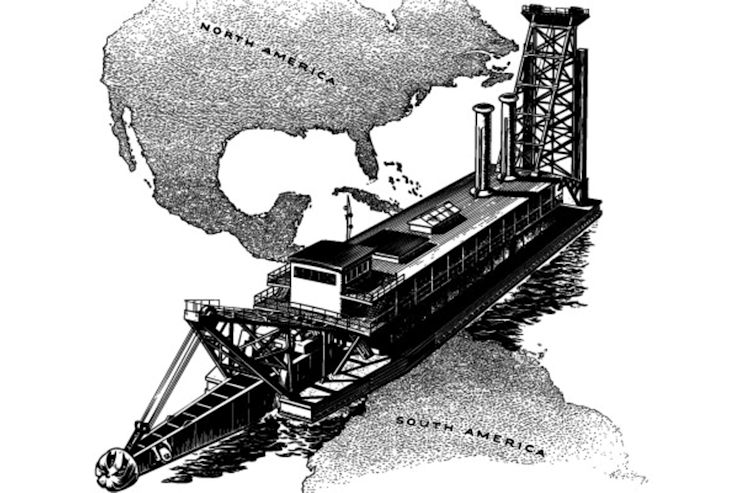 The Bajan diaspora and the Panama men

You Are Here: Home » Blog » Editors' Choice » The Bajan diaspora and the Panama men

BRIDGETOWN, Barbados– The Barbados Network Consultation 2014, or the 3rd Diaspora Conference, has just ended, and has generated enormous interest and enthusiasm. It should make us think about our history, about the many waves of emigration that have probably produced more Bajan descendants in the wider world than there are Bajans here at home. And what a rich network of extended family members, from Alaska to Australia!
Bajans, like the Irish and Scottish emigrants, many of whom came as indentured servants, emigrated for similar reasons – an unbearably tough life of poverty and hardship, and the vision of a better life in greener pastures. And while some emigrants fared well, others went to an even worse fate – thousands died in Panama.

Perhaps our earliest emigrants were those to Guyana and Jamaica in the 1660s, and these were soon followed by the settlers of Charleston and Carolina from 1670. There was a continuous trickle of emigrants to parts of North America… first to the Carolinas and later New England and Nova Scotia. This intensified in the late 19th century, while in that period there was another wave of emigration to Guyana, hence the profusion of Bajan names there, with many Guyanese claiming Bajan grandparents; and to other Caribbean countries, as well as to the new nation of Liberia in West Africa. In the early 20th century many men were recruited to the new oil industry in Trinidad and Curacao, while emigration to Brazil and Panama provided opportunities for many – far more to Panama, where the building of the canal needed thousands of workers. And the great majority of the hard workers – the “silver men” of muscle and blood – came from Barbados.

When the Panama Canal was completed in 1914, many of the survivors stayed there, many came home (the Panama men) while some moved on to New York or Cuba. Similarly, some railway builders in Brazil remained there while others moved to New York, including a wonderful lady, Helena Cadogan, who became like a “fairy Godmother” to me, from the time we met when I was four until she died in her nineties. New York and then Toronto became the places to go, although a few, like Sir Frank Worrell’s dad, ended up in Boston. And after the Second World War, Britain became an even bigger attraction, with West Indians virtually running the transport system and nursing services! Today the diaspora is much more widespread, with Bajans in the middle East, far East and almost everywhere.

The creation of these Diaspora conferences is therefore a stroke of genius. It has stimulated enormous enthusiasm, especially in Florida, Toronto, New York, the Carolinas and Britain. This year’s conference was subtitled “One Nation, one Family, building pathways to prosperity and development.” The topics included: Engaging the wider diaspora – doing business in Africa; Pathways to trade and investment; A Workshop on family history; The Panama Migration; The hospice and palliative care; Filming in Barbados; and Preservation of Barbados’ built heritage.

All of these themes are hugely relevant to members of the diaspora – first, second and even further generations. Awards were given to outstanding community leaders who have organised donations to projects and institutions back home in Barbados. And it’s a fact that those who are successful over and away want to contribute back home. Panama money transformed Barbados. Remittances from the UK transformed village communities across the island in the 50s and 60s. We may travel the world, but our heart remains here, and the networking policy of our Ministry of Foreign Affairs can provide the focus we need to better build some of the things we need, by planning and building together.

The interest in genealogy is intense – for many it’s a passion, and the Department of Archives should invest in staff to provide more direct assistance to searchers and researchers – for a fee: it will pay huge dividends. The proposals for a hospice, which I lobbied the QEH and the Ministry of Health about for three decades, could become a reality, as so many of our older people have off-spring in New York and Toronto. And my own charge – the Task Force for Preservation of our built heritage – must appeal to those many of my generation who spent teenage years studying in the Carnegie Public Library, or visiting grannies in the Old Eye Hospital.

But the epilogue to the conference is the new celebration of Panama Day. As the Advocate Editorial of yesterday began: ‘August 15 marked the 100th anniversary of the opening of the Panama Canal and the inaugural observance of Panama Day in Barbados. While not a national holiday, the occasion has been declared a national day of celebration, on which activities will be held to highlight the significance of the Panama connection to Barbados and help “preserve the memory of the contribution of thousands of Barbadians to the construction of the Panama Canal”.’

This is a timely and important recognition of the huge contribution of Barbados and our courageous and long suffering ancestors, working under almost slavery conditions, to create perhaps “The Greatest Wonder of the Modern World”. Many people will have read Velma Newton’s eye-opening book The Silver Men: West Indian Labour Migration to Panama, 1850-1914. A new look at this extraordinary story is Hell’s Gorge: The Battle to build the Panama Canal, by Matthew Parker (first published in 2007 as Panama Fever). As John Le Carré described it, this is “an epic tale of human folly and endeavour, beautifully told and researched”. In fact, the in-depth research and the horror of the decade 1904 – 1914 is recounted with amazing stories and an eloquence and intensity that is spell binding. After acquiring my copy on Friday I could hardly put it down for long enough to write this column!

Professor Fraser is past Dean of Medical Sciences, UWI and Professor Emeritus of Medicine. Website:  profhenryfraser.com