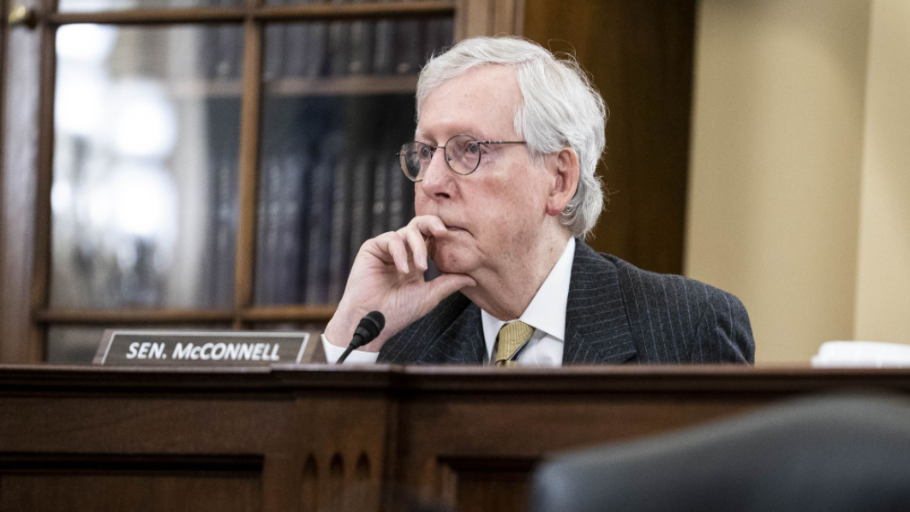 The question of what to do about the filibuster — the once-arcane Senate rule that creates a de facto 60-vote threshold for major legislation — is arguably the most important topic in Washington, DC, right now. It is the thing blocking Senate Democrats from approving President Joe Biden’s sweeping policy agenda on party lines; as such, it has become a subject of fierce partisan (and intraparty) dispute.

Most recently, this debate has centered on the filibuster’s allegedly racist history.

Prominent Democrats, including former President Barack Obama and Sen. Elizabeth Warren (D-MA), have argued that the filibuster has been a tool used by racists to protect white supremacy. In a Tuesday floor speech, Senate Minority Leader Mitch McConnell (R-KY) denied this entirely — accusing Democrats of lying about history for political purposes.

“These talking points are an effort to use the terrible history of racism to justify a partisan power grab in the present,” McConnell said.

Some of this argument is purely a partisan stalking horse, a proxy for a debate over what to do about the filibuster today. But there is an actual historical dispute here — and a close look at the actual record suggests that Democrats are far closer to correct on this one.

While the filibuster’s origins in the early American republic have little to do with race, the practice has changed substantially over time. And the modern version, created in 1917, really does have a racist history.

“You start to see civil rights bills pass the House in the 1920s, and it was consistently used to block them,” says Adam Jentleson, a former aide to Sen. Harry Reid (D-NV) and the author of Kill Switch (a history of the filibuster and Senate dysfunction). “If there was any ambiguity in the antebellum era, it certainly shed that during the Jim Crow era — where it was widely taken for granted that the filibuster was directly tied to [blocking] civil rights.”

This history really matters. One of the most fundamental justifications for the filibuster offered by McConnell and conservative thinkers is that the practice protects minority rights, preventing the Senate majority from running roughshod over its political opponents.

The Jim Crow history of the filibuster shows that this defense relies on a philosophically impoverished notion of what “minority rights” means. It misunderstands what kind of minorities need protecting in a democracy, and from whom.

The actual history of the filibuster and race

The Senate and the House are different in many ways by design. But the filibuster is not one of them: In fact, its earliest origins are almost accidental.

In 1805, Vice President Aaron Burr laid out a series of proposals for streamlining congressional rules. One suggestion was that both chambers remove something called the “previous question” motion, which allowed a simple majority to end debate on a topic and force a vote. The Senate took Burr’s advice; the House didn’t.

“it was a simple housekeeping matter,” writes Molly Reynolds, a senior fellow at the Brookings Institution. “The Senate was using the motion infrequently and had other motions available to it that did the same thing.”

This thinking turned out to be wrong. Absent the previous question rule, it became possible for a senator to speak indefinitely and hold up the Senate’s business for as long as he or she wanted. A single determined senator could block any piece of legislation for as long as they could speak.

At this point in history, it’s not obvious that the filibuster is especially racist by the standards of the time. There’s no doubt that pro-slavery senators like John C. Calhoun of South Carolina employed the filibuster to protect southern interests; some experts, like Jentleson, argue that Calhoun should actually be credited with its invention. But this is still a matter of debate among historians.

What’s not especially controversial among scholars is that the modern filibuster is inextricably bound up with Jim Crow.

“It’s been a tool used overwhelmingly by racists,” says Kevin Kruse, a historian of race and American politics at Princeton University.

In 1917, the Senate finally decided to reform the filibuster, adding a provision that would allow two-thirds of senators to vote on a “cloture” motion that would end debate — interrupting an individual senator who won’t stop talking.

This provision, called Rule 22, was designed to make filibustering harder. But it actually had the opposite effect: It was now possible for a minority of senators to block bills by voting down cloture motions. This is how the filibuster works today (albeit with a three-fifths threshold for cloture rather than the original two-thirds, thanks to a 1975 reform).

The defenders of Jim Crow pioneered this new filibuster, successfully deploying it again and again to block civil rights bills. Richard Russell, a leading filibuster practitioner and staunch segregationist, said in 1949 that “nobody mentions any other legislation in connection with it.”

Two political scientists, Sarah Binder and Steven Smith, identified every bill between 1917 and 1994 that they believe died purely because of the filibuster. Among these, half were civil rights bills, including anti-lynching bills proposed in 1922 and 1935.

They also found that the senators’ view on filibuster reforms was tightly linked to their view on civil rights: Pro-reform senators tended to support civil rights bills, while anti-reform legislators opposed them.

“In three-quarters of the reform efforts, senators’ positions on civil rights shaped their votes on reform — even after taking account of other forces that might influence their votes,” Binder writes in the Washington Post. “Only after senators defeated civil rights filibusters in the 1960s did attitudes toward rule reform become less tied to attitudes on civil rights.”

So while the early republic’s “talking filibuster” may not have had racist origins, the modern filibuster — the one that allows Mitch McConnell to impose a 60-vote requirement on anything Biden and Democrats propose — clearly does.

Why the debate over the filibuster matters

It’s fair to wonder why any of this matters. The mere fact that the filibuster as we know it is a “Jim Crow relic,” as Obama once put it, doesn’t necessarily say anything about whether it’s desirable to keep around today.

To understand why the history of the filibuster matters, let’s take a closer look at the arguments in favor of keeping the 60-vote threshold. Of these, the most prominent by far is that the filibuster is necessary to protect minority rights. National Review’s Dan McLaughlin made this point clearly in a recent essay:

The racial history of the filibuster shows the flaw in McLaughlin’s logic. While it’s true that the filibuster protects the power of the minority in the Senate, those senators may not actually represent “unpopular minority groups that require protection from oppression.”

When political theorists talk about minority rights protections, the general purpose of these legal guarantees is to protect against human rights abuses and guarantee equal access to the political system. Hence, free speech protections like the First Amendment and the equal protection guarantee in the 14th Amendment — both are designed to create legal protections that directly vindicate the rights of demographic minorities with limited political power.

The filibuster is qualitatively different. It doesn’t ban the government from engaging in some kind of persecution against unpopular groups or even give those groups outsized political power. There’s never been a case when actual minorities like African Americans or Jews control 41 seats in the Senate, for obvious demographic reasons.

Instead, the filibuster allows people who already have power to prevent changes to the political system. On civil rights issues, this effect almost always tends to redound to the benefit of people who want to preserve the racial status quo. There’s a reason why late 20th century liberals and groups like the NAACP repeatedly called for filibuster reform or abolition: They knew it would always stand in the way of fundamental system reforms.

Right now, state-level Republicans are pursuing a series of bills disproportionately likely to disenfranchise non-white voters, an effort that Brennan Center’s president Michael Waldman calls “the most significant attempted cutback of voting rights since the Jim Crow era.” Senate Republicans are protecting this offensive, blocking federal legislation like HR-1 and the John Lewis Voting Rights Act that could militate towards fair elections on the state level.

One could imagine all 50 Democrats voting for some version of these bills. So long as the filibuster remains intact, state-level Republicans are free to infringe on the rights of actually-vulnerable minorities to their heart’s content.

This is the modern filibuster working as it always has.

“It is the preferred choice of Southern conservatives, in whatever era and whatever party, who are trying to slow down civil rights and trying to deny equal protection for African-Americans,” says Kruse.

There are ‘definitely merits’ to reparations, says the first Black Fed president

There are ‘definitely merits’ to reparations, says the first Black Fed president
We Need Your Support — Donate, Share, Sign-Up Ways to Support