The Perils of “Minority Rule”

You Are Here: Home » Blog » Editors' Choice » The Perils of “Minority Rule” 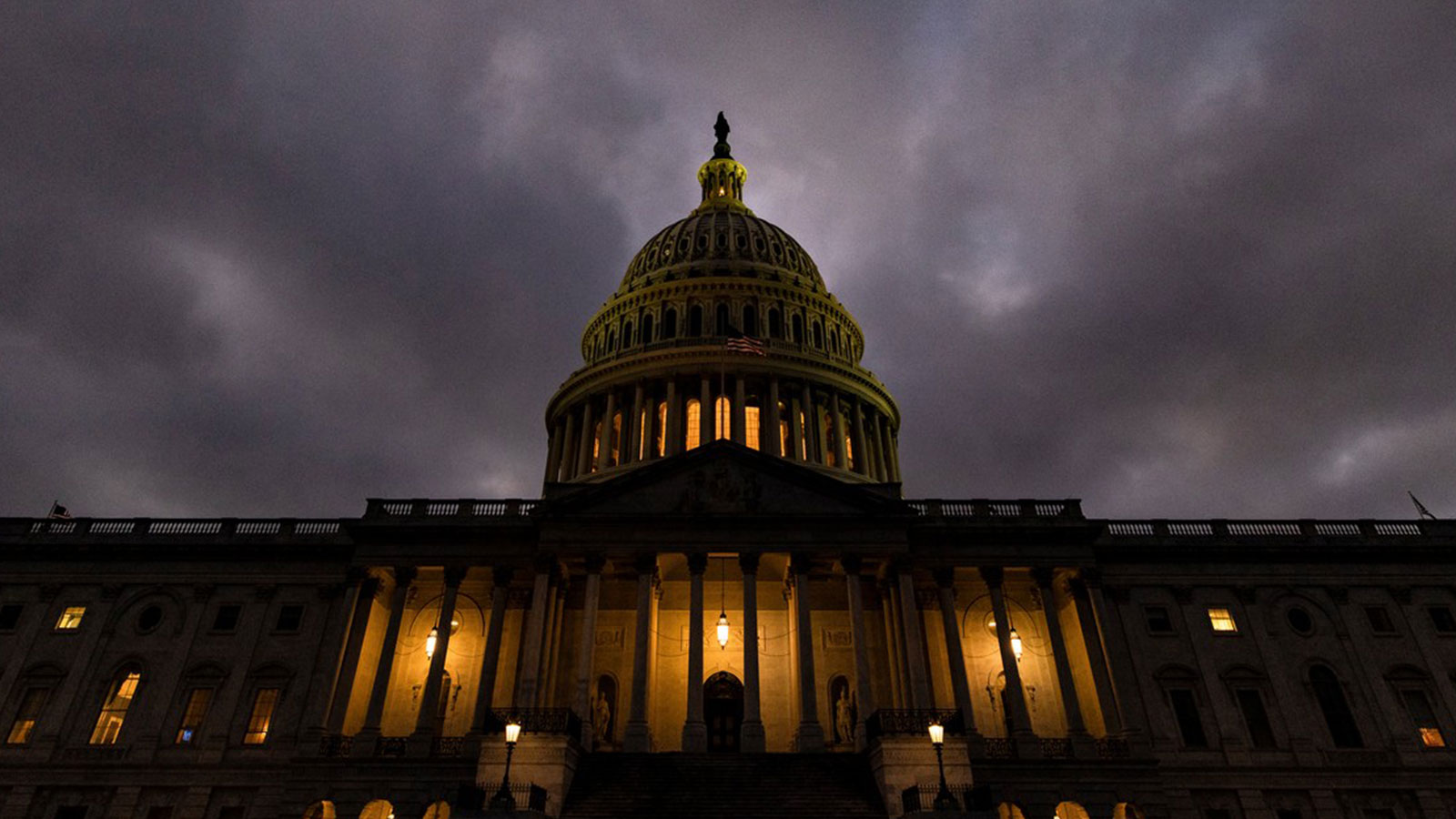 Minority rule has metastasized like a cancer and is now pervasive throughout the US political system.

After a strong start with his ambitious Covid relief bill and vaccination rollout, President Joe Biden’s momentum has slowed considerably. Like President Barack Obama before him, he has now hit the buzzsaw of…Republican minority rule.

Much attention has been focused on Senator Joe Manchin’s stubborn defense of the filibuster even as Republicans race forward with new outrages of voter suppression in numerous states. But beneath the headlines lurks deeper, more troubling—and harder to fix—dilemmas of a broken and antiquated US democracy.

The US political system has evolved over the last several decades so that it’s flawed and antiquated institutions continually frustrate that Hamiltonian standard, fostering a dangerous experiment with “minoritarianism.”

Majority rule, the notion that a constituency with more than half the popular support should be able to decide policy—and should not be dominated by a group that has less than half support—is one of the bedrock principles of representative government. Alexander Hamilton in Federalist 22 said a fundamental maxim of democratic government required “that the sense of the majority should prevail.” Yet the US violates this sacred imperative on a regular basis. The US political system has evolved over the last several decades so that it’s flawed and antiquated institutions continually frustrate that Hamiltonian standard, fostering a dangerous experiment with “minoritarianism.”

Those structural defects manifest in ways that threaten America’s very existence as a democratic nation:

US House of Representatives. In the “People’s House,” a number of analyses have shown that, for the Democrats to win a bare majority of seats, they often must win well more than half of the nationwide popular vote in all 435 House district seats. In some election years, such as 2012 and 1996, Republicans won House majorities despite Democrats winning more of the popular vote. Today’s imbalance is due to natural partisan demographics, in which Democratic voters increasingly live in more concentrated urban districts, making it easier to pack them into fewer districts during partisan redistricting. Consequently, most Democrats win their seats with large victory margins and many wasted votes.

Partisan control over redistricting magnifies this effect. After the red wave election of 2010, Republicans took over many state legislatures and drew more than five times as many House districts as Democrats. With the next redistricting fast approaching, the GOP will control the drawing of lines for 2.5 times as many seats as Democrats. For that reason, a number of experts are predicting that Republicans will take back the House in 2022.

Doubly magnifying this effect, with 90 percent of legislative districts often heavily lopsided in favor of either Democrats or Republicans, then the only election of real consequence is the partisan primary election that nominates the candidate of the party that dominates that district. And those primaries usually have extremely low voter turnout, often around 20-25%, with the most motivated and hyper-partisan voters showing up. Consequently, a new report from Unite America found that just 10% of eligible voters nationwide cast ballots in those primaries in 2020 that effectively decided 83% of U.S. House races.

US Senate. The structural bias in the upper chamber is even more severe than in the House. Because every state receives two senators, regardless of population, Wyoming with a half a million people has the same representation as California with 40 million. At our country’s founding, this large state-small state bias was around 12 to 1, now it’s closer to 80 to 1. Moreover, in the last few decades, the two parties have gradually undergone a dramatic urban-rural sorting that has made most low-population states reliably Republican.

Consequently, while the U.S. Senate is currently split 50-50 Senators for each party, the Democratic half won over 41 million more votes than the Republican half and represents 56% of the American people. GOP senators have not represented a majority of the population since 1999, yet Republicans have held a majority of Senate seats for most of the past 20 years, passing or blocking key legislation.

Making matters worse, today’s Senate is about as representative as the UK’s House of Lords. It is overwhelmingly a chamber of elderly white males, with only 24 female senators out of 100 and 11 racial minorities (six Latinos, two Asian-Americans and three African-Americans) in a nation that is 40% minority and over half female.

The filibuster. Add in archaic Senate procedures like the filibuster and appointment holds, and minority rule goes berserk. With the filibuster, the current Democratic-controlled Senate needs a near super-majority of 60 votes, including 10 votes from Republicans, to move any legislation forward. That means 41 GOP Senators representing a mere 20 percent of the country can stop legislation favored by Senators representing the other 80 percent. The Republicans recently used the filibuster to kill a bipartisan commission to investigate the January 6 attack on the US Capitol, even though the proposal won support from 56 Senators out of 100. This amounts to an extreme minority veto over public policy. As numerous observers have said, “The Senate is now the place where good legislation goes to die.”

Presidential elections. With electoral votes awarded partly based on two Senators per state, presidential elections also are tilted towards Republican success. FiveThirtyEight estimates that a Democratic presidential winner must win the national popular vote by a margin of at least 3.5 points in order to win a bare majority of electoral votes. That’s why Republicans have won the presidency twice in the last six elections while losing the popular vote. If 22,000 voters in the states of Wisconsin, Arizona and Georgia had changed their minds and voted for Trump over Biden, Trump would have tied Biden in the Electoral College, throwing the election into the House and electing Trump, even though he lost the national popular vote by over 7 million votes.

US Supreme Court. Because Supreme Court justices are nominated by the president and confirmed by the Senate, that same low-population, conservative bias is also hardwired into the Supreme Court. It’s no coincidence that currently the Supreme Court has a 6-3 conservative majority, despite the Democrats winning a majority of voters nationwide for the presidency, the House and the Senate. The Republicans have been hugely successful at appointing conservative judges, with President Trump appointing 226 federal judges, including three Supreme Court justices and as many powerful federal appeals court judges in four years as Barack Obama appointed in eight. Not bad, for a president who lost the popular vote, and for a GOP Senate that was elected by a minority of voters.

State legislatures. This GOP minoritarianism is not just baked into the federal government. Like in the US House, many states’ legislative elections are skewed by Democrat voters’ concentration in cities. In addition, Republicans have played a dominant role in the decennial redistricting process in state after state, due to their success in winning control of state legislatures, which redraw the district lines in most states. Republicans currently control 67 state legislative chambers and the Democrats only 37. In six states where Joe Biden won the statewide vote, the GOP controls both the house and senate in those state legislatures.

In short, minority rule has metastasized like a cancer and is now pervasive throughout the US political system. It is like having a foot race in which one political party starts 10 meters ahead of the other. With paralysis in the Congress, “rule by executive order” increasingly has replaced the role of the legislature, but that is a dangerous, slippery slope. The “Imperial Presidency” is in danger of transmogrifying into a toxic version of “post-democracy,” in which we will still hold elections but those democratic rituals will be increasingly less effective as a vehicle for resolving the nation’s challenges. At what point might a critical mass of voters in a handful of battleground states cry out for a strongman who can “get things done”? In 2024?

Despite appearances of the GOP’s “shrinking tent,” Republicans don’t need to expand their support base in order to win back control of the federal government, nor to torpedo the Democrat’s policy agenda today. The GOP has found that mobilizing its loyal base of white voters can be a winning strategy, even if that base constitutes a voting minority. And no one mobilizes that electoral constituency better than Donald Trump.

Beyond representational upheaval, the resulting policy impacts are equally alarming. A recent study from the Brookings Institution found that the 509 counties in the U.S. that voted for Joe Biden generate 71% of U.S. GDP, while the 2,547 counties that voted for Donald Trump – most of them sparsely populated – account for just 29% of the U.S. economy. So while the blue Democratic states are the economic engine of the entire country, the red GOP states hold a veto over public policy.

The Republicans will never give it up because, as a structural minority party, their power depends on it.

There are fixes to these democratic threats, but they will be challenging to enact. An ambitious effort is underway to adopt a national popular vote for president, utilizing interstate compacts instead of a constitutional amendment. The Congress also could change the method for electing the House to Ranked Choice Voting in multi-seat districts, instead of the current “winner take all” single-seat districts, which would ensure a proportional representation in which a majority of votes always wins a majority of seats. That also would give voters more choices and decrease some of the bitter partisanship. New York City just used RCV for the first time to elect its mayor and city council, and saw a doubling of women elected to the city council, from 14 to 29, now composing a majority of the 51-seat council. 26 are women of color and 18 are under 40 years old, with candidates of color poised to win 35 seats, and an African American man, Eric Adams, elected mayor.

The Democratic-controlled Senate also could abolish the filibuster and toss it into the ash heap of history, where it belongs; or, to foster bipartisanship, use a process that gradually lowers the threshold from 60 votes to a final 51 vote majority. The US also could depoliticize the appointment process for Supreme Court justices by using multiple appointing authorities and introducing reasonable term limits of 15 years, like many countries do. Unfortunately, changing the representative structure of the U.S. Senate is going to be devilishly difficult, requiring a constitutional amendment. It would probably be better to reduce its powers, making it more limited like Germany’s upper chamber, the Bundesrat.

An anti-democratic minoritarianism has been unleashed, just as founders James Madison and Alexander Hamilton had feared. The Republicans will never give it up because, as a structural minority party, their power depends on it. Yet minority dominance undermines the government’s legitimacy, and pushes the US another step toward a future of post-democracy. Might the American republic go the way of the Roman Republic? I truly fear it might. And quicker than most Americans would have thought possible.

How Far Is White Supremacy Embedded in Christianity?

How Far Is White Supremacy Embedded in Christianity?
We Need Your Support — Donate, Share, Sign-Up Ways to Support