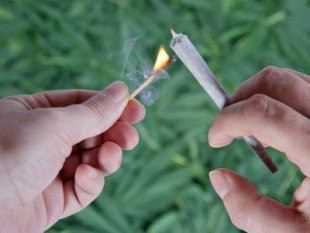 You Are Here: Home » Blog » Editors' Choice » Time to Legalize Pot Just Like We Legalized Alcohol 80 Years Ago

Eighty years ago, Congress made one of its smartest decisions in the entire history of US drug policy and brought Prohibition to an end. The Twenty-first Amendment to the United States Constitution, repealing the disastrous Eighteenth which had prohibited the sale of intoxicating liquors in the US, was adopted by Congress  on December 5th, 1933, the same day that state ratifying conventions approved the amendment in Ohio, Pennsylvania and Utah, creating the supermajority of approving state delegations required by Article V of the Constitution.

The similarities to the struggle to legalize the sale of marijuana today are striking. Like many of today’s cannabis reform laws, the amendment which legalized alcohol was a citizen-driven process; whereas almost all of the amendments to the US Constitution to date have been ratified by three fourths of state legislatures, the Twenty-first is the only amendment in the history of the Constitution to have been offered by Congress for ratification directly to the people, in the form of state ratifying conventions. In fact, the entire issue of alcohol prohibition had been citizen-led from the start; the Eighteenth Amendment had also been driven to passage through tireless citizen campaigns, especially through the influence of women, who had not yet won the right to vote directly.

Even more striking are the familiar tactics employed by legalization advocates at the end of the Prohibition era, for the same arguments which are changing minds today won hearts eight decades ago. One issue which still finds deep resonance today was the plea to end prohibition-related violence in the illicit drug trade, as an outraged public rallied together to prevent further acts of mass murder like the infamous Valentine’s Day massacre on February 14th, 1929. Eerily similar, yet less well known, is the fact that, like today, many jurisdictions during Prohibition had explicit exceptions for medical purposes. The federal Volstead Act, for example, exempted from prosecution  doctors who prescribed whiskey to their patients for medical purposes, and the American Medical Association strongly opposed attempts by Congress to restrict the quantity a physician may thus prescribe, asserting that “legislative bodies composed of laymen should not enact restrictive laws regulating the administration of any therapeutic agent by physicians legally qualified to practice medicine.”

Moved by such arguments, the American people demanded change; and by New Year’s Day 1934, Prohibition was already a memory. The lessons learned, however, never extended to other,  less dangerous intoxicational drugs – until 1996, when the medical arguments for marijuana took hold in California. But unlike alcohol prohibition, the rest of the marijuana story is not history; not until the lessons of the past are learned anew, and Congress does again what it did, eighty years ago.

Author and editor Jeremy Daw became involved with drug policy reform after graduating from Harvard Law School in 2008. He is the editor of TheLeafOnline.com and Cannabis Now Magazine, and the author of Weed the People: From Founding Fiber to Forbidden Fruit (2012), a history of 400 years of North American cannabis policy.”