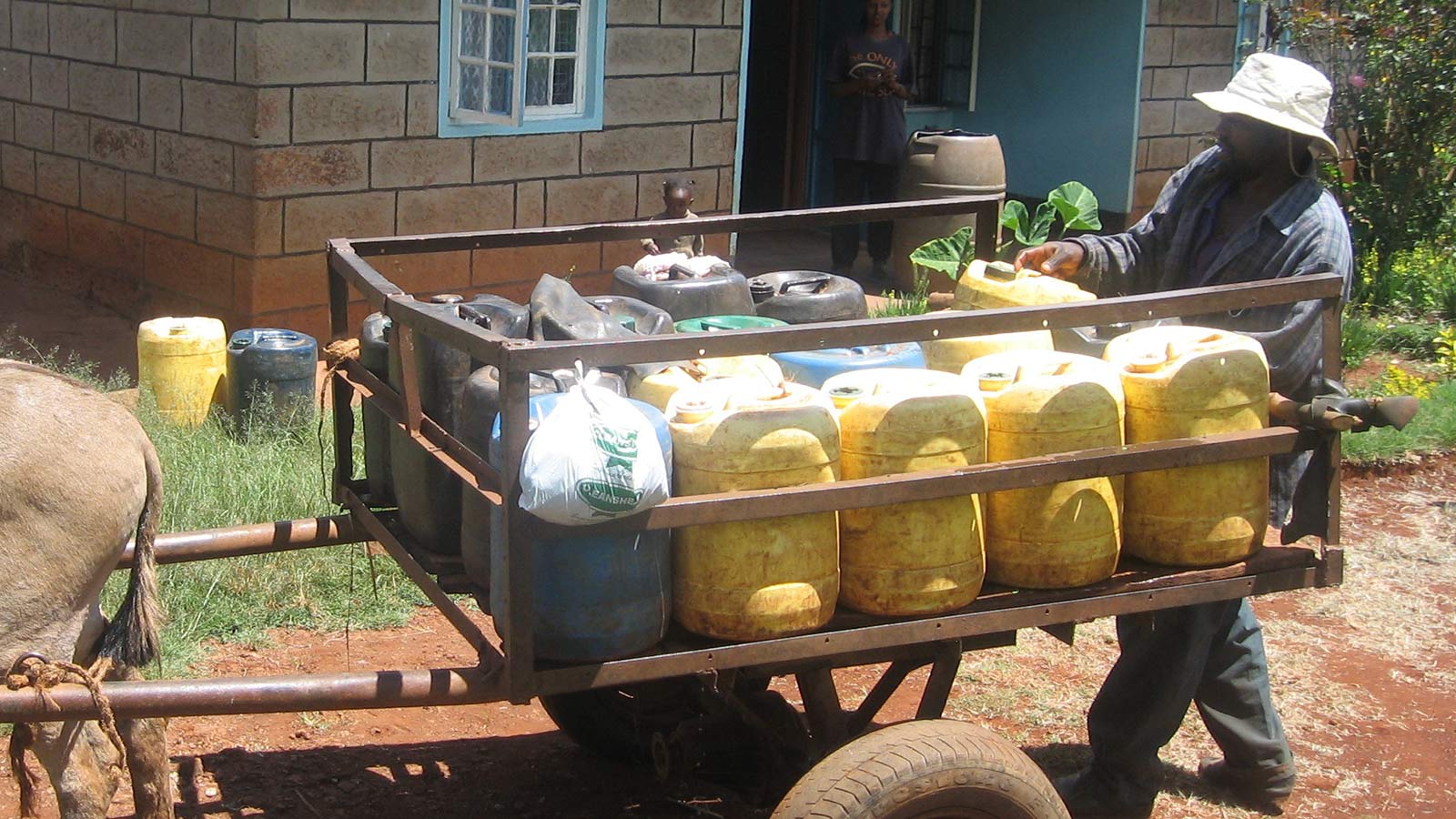 Water scarcity in Africa to reach dangerously high levels by 2025

Access to clean, affordable and safe drinking water is far from universal across Africa.

Joan Waweru was among villagers on their regular trek to the river to fetch water when they discovered a neighbour’s dead body, believed to have committed suicide by drowning in river Kamiti.

She was thirteen years old and recalls how even after the traumatizing incident, the village, and many others along river Kamiti, which runs along coffee plantations in Kiambu County of Kenya’s Central region, continued to rely on the river as their primary source of water for all domestic purposes.

Ten years on, she tells IPS that the river is still the primary water source for her family and many other households in Kiaibabu village.

“My mother still walks about three kilometres to the river and back, one trip in the morning and another in the evening. So, in total, she walks six kilometres every day to fetch 60 litres of water. She carries a 20-litre container on her back and two 5-litre containers on each hand,” she says.

“River Maing’oroti is about a kilometre away from our house, but over the years, the river has become a small stream, and it takes a lot of time to fill up a 20-litre container.”

The UN estimates show that just like Waweru’s mother, the average woman in rural Africa walks six kilometres every day to fetch 40 litres of water. Kenya is classified as a water-scarce country as only approximately 56 percent of the population has access to clean water.

With one in three people in Africa facing water scarcity, access to clean, affordable, and safe drinking water is far from universal across the continent.

In the absence of clean and easily accessible water, research shows families and communities, particularly in rural Africa and informal urban settlements, will remain locked in generational poverty.

In August 2021, UNICEF revealed that “nearly nine of 10 children in North Africa live in areas of high or extremely high-water stresses with serious consequences on their health, nutrition, cognitive development and future livelihoods.”

Against this backdrop, the World Health Organization says that there is an economic gain or return of between three to 34 US dollars for every dollar invested in water sanitation.

The capital cost required to secure safe drinking water, sanitation, and hygiene for all people in sub-Saharan Africa, according to the World Resources Institute (WRI) estimates, is 35 billion US dollars per year.

Groundwater, he says, is critical to human survival and in adapting to climate change because it holds vast quantities of water and feeds springs, rivers, lakes, wetlands, and oceans.

Home to 677 lakes, Njuguna tells IPS that Africa has the largest volume of non-frozen water and that two-thirds of sub-Saharan Africa rely on surface water from lakes, rivers, wetlands and even oceans.

Despite large volumes of surface water, WRI research shows 400 million people in sub-Saharan Africa lack access to basic drinking water and that African countries face some of the highest water risks in the world.

Water scarcity in Africa, Njuguna tells IPS, is largely driven by a lack of investment in water infrastructure such as piping to bring water closer to the people.

In Kampala and Lagos, for instance, WRI estimates show only 15 percent of city residents have access to piped water.

“Water scarcity is also a consequence of changing weather patterns including unpredictable rainfall, low rainfall and rising temperatures,” he says.

WRI estimates show for 90 percent of sub-Saharan Africa’s rural population, agriculture is the primary source of income. Water stresses due to changing weather patterns spell doom for the region because more than 95 percent of farming in sub-Saharan Africa relies on rainfall.

Kori says water is a major and critical factor of agricultural production and stresses that escalating water insecurity is as much a health and nutrition issue as it is a development issue.

“Serious investment in water-related infrastructure is urgently needed to ensure all people, and more so the most vulnerable households, have access to clean water. In Kenya, for instance, despite rivers increasingly becoming crime scenes where murdered people are dumped, for many rural households, the river is the only option,” he says.

He references river Yala which rises from the Rift Valley region and flows for approximately 219 kilometres into Lake Victoria in Kisumu County.

In January 2022, more than 20 bodies in various states of decomposition were retrieved from the river Yala after locals saw bodies floating on the surface.

“Yala is not an isolated incident. In June 2021, for example, more than 15 bodies were found in rivers within Murang’a County, and for many locals, these rivers are a primary source of water. Urgent intervention is needed because this is a health disaster,” Kori observes.

Even though surface water is considered unfit for human consumption unless first filtered and disinfected, safety is not a priority for millions of poor and vulnerable households across the African continent.