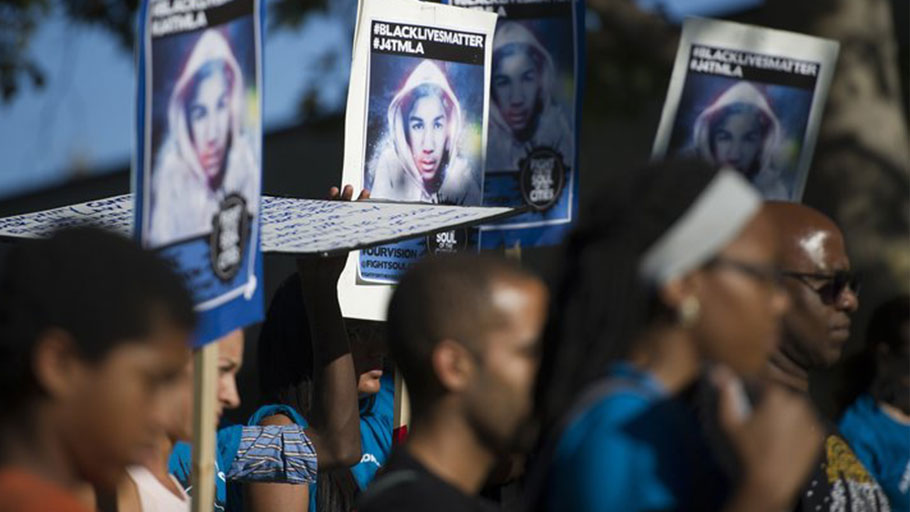 Demonstrators prepare to march to protest the acquittal of George Zimmerman in the killing of Florida teen Trayvon Martin, July 17, 2013 in Beverly Hills, California. Photo by Robyn Beck, Getty Images

Right after the acquittal of Trayvon Martin’s killer in July 2013, Alicia Garza, Opal Tometi and I were devastated. We’d been following the proceedings closely. We’d watched the media criminalize 17-year-old Trayvon and humiliate his family to justify his cold-blooded murder presumably because his assailant was white-presenting. Still, we were sucker-punched by the acquittal. We stood perplexed; hadn’t we elected our first black president? Yet it was clear; black people really didn’t matter and the realization was deeply painful. Then we realized something else: the acquittal could not be the end of this story.

Five years later, we live in an increasingly divided country. We see police violence continue to plague our communities and the ongoing war against black bodies. Yet I feel the groundswell. Social media has amplified our stories and helped to galvanize a generation demanding freedom. Today, we fight for transformation; we agitate, create discord and organize. The Black Lives Matter Global Network has formed nearly 40 chapters across the globe, determined to change the world from what it is to what it should be, imbuing a moral imperative to liberate black people because when black people are free, we all are free. We take on issues like corrupt and murderous police forces and a broken money-bail system; we work to elect more revolutionaries and progressives to political office; we amplify youth activism.

I have witnessed this movement inspire a generation of activists and influencers. Folks who see the world as it is and work to change it. Some who will use their power to share our stories, others who have helped organize us into action, and still others who uniquely expose the need for transformation and, dare I say, a revolution. 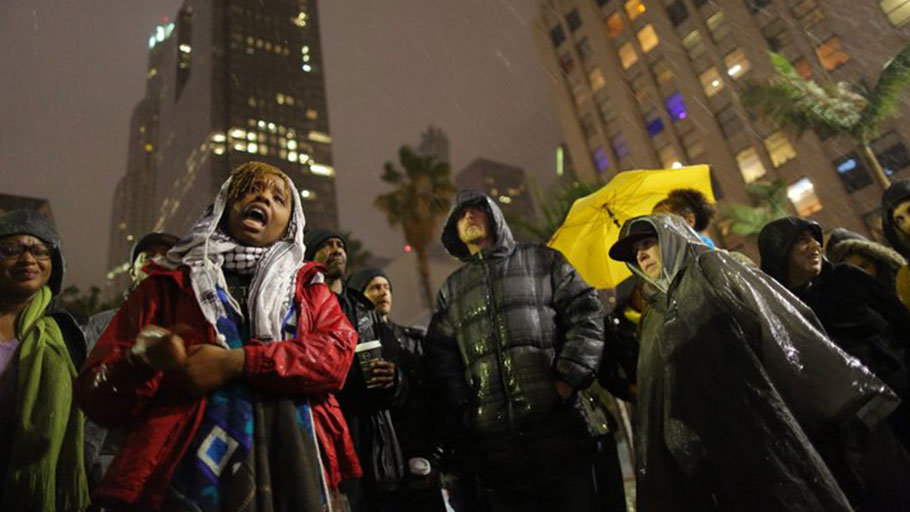 On this, the fifth anniversary of the Black Lives Matter movement, we recognize some the supporters of our movement who have played an integral role in moving the needle forward. People like:

Sybrina Fulton. In many ways, Black Lives Matter continues the legacy of Trayvon Martin. Trayvon’s mother Sybrina is a mother of the movement, her grief, her pain and her relentless determination for justice powers us forward.

Colin Kaepernick. Today’s athletes play an important role in activism. The image of athletes in hoodies in the aftermath of Trayvon’s murder was iconic. Now Colin has become an icon himself for reformation, and his inclusion on this list seems obvious. In the two years since #TakeAKnee, we have watched Colin move from football star to front-line activist and philanthropist.

Janelle Monae. Janelle grew up in a working-class family in Kansas City and is now one of the most radical performers of this century. During her performances, she’s called out police brutality, gun violence and the Flint water crisis; she supports local activists. Her decision to come out as a pansexual, queer black woman was courageous and affirms her position as a role model for young girls, boys, nonbinary, straight, gay and queer folks.

Angela Davis. Angela is the elder we are all so grateful for. She fought back against the FBI and local elected officials when she was labeled a terrorist and a bounty was placed on her head. She has stayed committed to our movement and her work to abolish the prison and police state informs the Black Lives Matter Global Network. 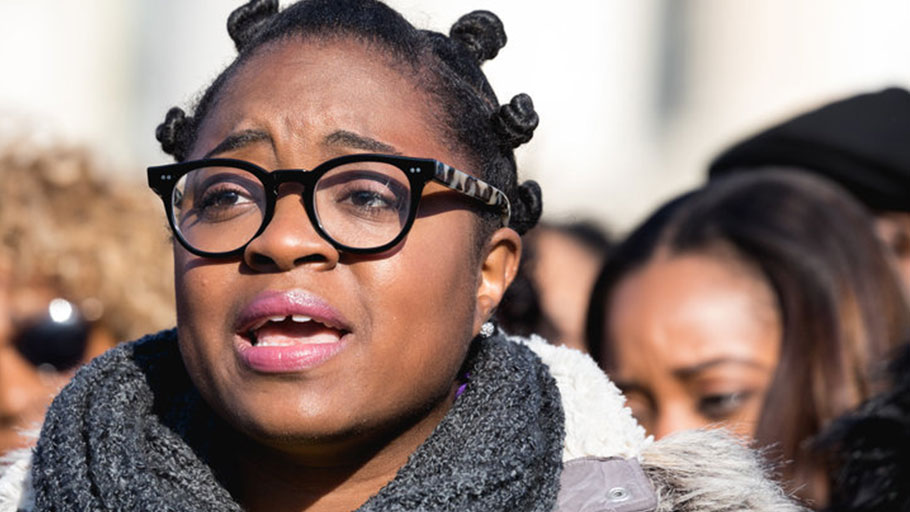 Charlene Carruthers, founding national director of the Black Youth Project 100, speaks at a news conference at the U.S. Capitol on March 15, 2018. Photo by Nurphoto, Getty Images

Charlene Carruthers. Charlene is helping to shape the future of activism. She is a co-creator of the Black Youth Project 100, young, queer and unapologetically black. BYP100 convenes young activists and organizers creating freedom and justice for all black people.

Yance Ford. As the first black, queer, trans person nominated for an Oscar, Yance’s “Strong Island” highlights the violence, grief and the injustice that plagues us. He has changed the way we view ourselves and our identity.

Black Lives Matter chapter leaders. Every chapter leader inside and outside of the U.S. is courageous and brilliant. Their work shapes the work of the entire movement.

As I reflect on the five years since the acquittal, since we started using the hashtag #blacklivesmatter, since the jumpstart of this current iteration of the Black Liberation movement, I know the world has transformed.

I know the world is changing.

Patrisse Cullors is a co-founder of #BlackLivesMatter and the author of When They Call You A Terrorist: A Black Lives Matter Memoir.