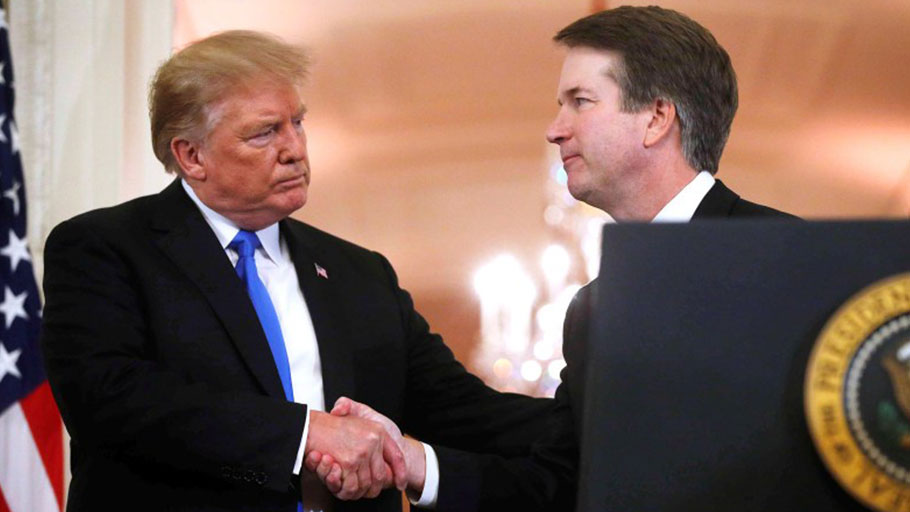 You Are Here: Home » Blog » Video/Audio » Trump Taps Kavanaugh for SCOTUS Dems Vow to Fight Pick & What’s It All Mean

On this episode of The Critical Hour with Dr. Wilmer Leon, Brett M. Kavanaugh is Trumps nominee to be the next Supreme Court Justice filling Justice Anthony M. Kennedy’s seat. He is 53, a federal appeals court judge, former aide to President George W. Bush and onetime investigator of President Bill Clinton during the Starr investigation.

Senate Democrats are facing an uphill struggle to reject this nominee. Democrats are painting him as an arch-conservative who would roll back abortion rights, undo health care protections, ease gun restrictions and protect President Trump against the threat of impeachment.

But the Senate Republican leader, Mitch McConnell of Kentucky, excoriated Democrats for engaging in what he called “cheap political fear-mongering,” and for declaring their opposition to Judge Kavanaugh even before his nomination was announced.

Under normal circumstances McConnell might have had a point but in this case, as with the last few Republican nominees, they come to the table having been vetted by Leonard Leo, executive vice president of the conservative Federalist Society as well as help from the Heritage Foundation.

What will be the the major issues facing this country as we move towards the 2018 mid-term elections? What does this mean going forward?

Michael Meltsner — American lawyer, the George J. and Kathleen Waters Matthews distinguished University Professor of law, former Dean at Northeastern University School of Law and author. As first assistant counsel to the NAACP Legal Defense and Educational Fund he served as counsel in many leading civil rights cases of the 1960s, including those that led to the integration of Southern hospitals and medical facilities, and a moratorium on capital punishment. He also represented Mohammad Ali in the litigation that enabled his return to the boxing ring.

Dr. Ron Daniels — President of the Institute of the Black World 21st Century (IBW) and veteran community organizer and political activist. He served as Executive Director of the National Rainbow Coalition in 1987 and Southern Regional Coordinator and Deputy Campaign Manager for the Jesse Jackson for President Campaign in 1988. He currently serves as Distinguished Lecturer at York College, City University of New York.