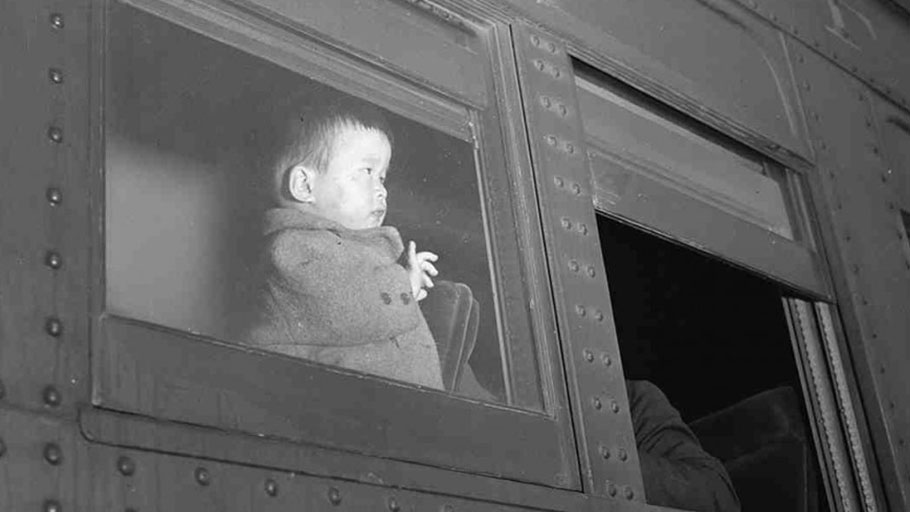 America Was in the Business of Separating Families Long Before Trump

You Are Here: Home » Blog » Commentaries/Opinions » America Was in the Business of Separating Families Long Before Trump

The true story is that the United States has a well-documented history of breaking up non-white families.

Children are crying for their parents while being held in small cages. The attorney general tells us the Bible justifies what we see and the White House press secretary backs him up. Be horrified and angered, but not because this is a new Trump transgression against real American values. America was in the business of separating families long before Trump.

I am not talking about spurious claims that Obama did the same thing or the valid comparisons to how our criminal justice system uses a cash bail system that every day rips children from their families before they or their parents have been convicted of any crime. The true story is that the United States has a well-documented history of breaking up non-white families.

When we sent Japanese Americans to internment camps, families were often separated when fathers were sent hasty relocation orders and forced labor contracts. In some cases, family members (usually the father) had been arrested earlier and sent to a different camp.

Forty years later, the U.S. government apologized, provided reparations of $20,000 to every survivor of those internment camps, and blamed the “grave wrong” on “racial prejudice, war hysteria, and a failure of political leadership.”

The separating of Native American families was more intentional. America deliberately tried to wipe native culture from our country. According to the Smithsonian’s National Museum of the American Indian, beginning in the late 1800s, thousands of American Indian children were forcibly sent to government-run or church-run “boarding schools,” where they were taught English and forbidden to speak their native languages.

An exhibit at the museum includes a quote from Richard Henry Pratt, founder of the Carlisle Indian Industrial School, stating: “In Indian civilization I am a Baptist, because I believe in immersing the Indian in our civilization and when we get them under, holding them there until they are thoroughly soaked.”

Our history of separating families is no older than our use of the Bible to justify or transgressions against humanity.

The boarding schools forced children to cut their hair and give up their traditional clothing. Their meaningful native names were replaced with English ones. Their traditional religious practices were forcibly replaced with Christianity. They were taught that their cultures were inferior. Teachers sometimes ridiculed the students’ traditions. These lessons humiliated the students and taught them to be ashamed of their heritage.

“They tell us not to speak in Navajo language. You’re going to school. You’re supposed to only speak English,” John Brown Jr., a Navajo who served in World War II as a code talker by using his Navajo language for tactical communications the Japanese could not decode, told the museum in a 2004 interview. “And it was true. They did practice that, and we got punished if you was caught speaking Navajo.”

And then, of course, America enslaved Blacks for 246 years. Separating enslaved families was done for profit, for punishment, or simply because a seller or buyer wanted it that way in the 18th and 19th centuries.

“Destroying families is one of the worst things done during slavery,” said Henry Fernandez, co-founder of the African American Research Collaborative and a senior fellow at the Center for American Progress. “The federal government maintained these evils through the fugitive slave laws and other rules which defined African Americans as property with which a slave owner could do whatever they wanted.”

Each of these policies, Fernandez said, begins with the assumption “that the idea of family is simply less important to people of color and that the people involved are less than human. To justify ripping families apart, the government must first engage in dehumanizing the targeted group.”

“The Weeping Time” exhibit at the Smithsonian Museum of African American History and Culture documents the U.S. history of separating children from parents.  “Night and day, you could hear men and women screaming … ma, pa, sister or brother … taken without any warning,” Susan Hamilton, a witness to a slave auction, recalled in a 1938 interview. “People was always dying from a broken heart.”

A report in the Maryland State Archives includes a narrative from a man named Charles Ball, who was enslaved as a child and remembered the day he was sold away from his mother.

“My poor mother, when she saw me leaving her for the last time, ran after me, took me down from the horse, clasped me in her arms, and wept loudly and bitterly over me,” Ball recalled. “My master seemed to pity her and endeavored to soothe her distress by telling her that he would be a good master to me, and that I should not want anything.”

Ball added that when his mother’s persisted, his master hit her with a rawhide whip.

Thousands of former slaves looked for lost relatives and children who had been sold away from their families. They placed thousands of ads in newspapers. Those ads are now being digitized in a project called “Last Seen: Finding Family After Slavery,” which is run by Villanova University’s graduate history program in collaboration with Philadelphia’s Mother Bethel AME Church.

Our history of separating families is no older than our use of the Bible to justify or transgressions against humanity. In 1667, Virginia law stated that if an enslaved person became Christian it did not mean freedom because the only way that conversion could happen was through the “charity and piety of their masters.” When Texas withdrew from the union it declared that enslaving people was justified by “the revealed will of the Almighty Creator.” William T. Thompson, the designer of the Confederate Flag said, “As a people, we are fighting to maintain the Heaven-ordained supremacy of the white man over the inferior or colored race.” Jeff Sessions is simply the most recent person to try to justify an indefensible policy by referring to the Bible.

On June 14, Attorney General Jeff Sessions cited biblical scripture Romans 13 to claim support for the Trump administration’s forced separation of immigrant families. “I would cite you to the Apostle Paul and his clear and wise command in Romans 13, to obey the laws of the government because God has ordained them for the purpose of order,” he said.

As it happens, this is the same passage cited by loyalist preachers who said America should not declare independence from England; it was cited by southerners defending slavery; and, it was cited to defend authoritarian rule in Nazi Germany and South African apartheid.

Jeffery Robinson is a Deputy Legal Director and the Director of the Center for Justice, which houses the ACLU’s work on criminal justice and reform issues.