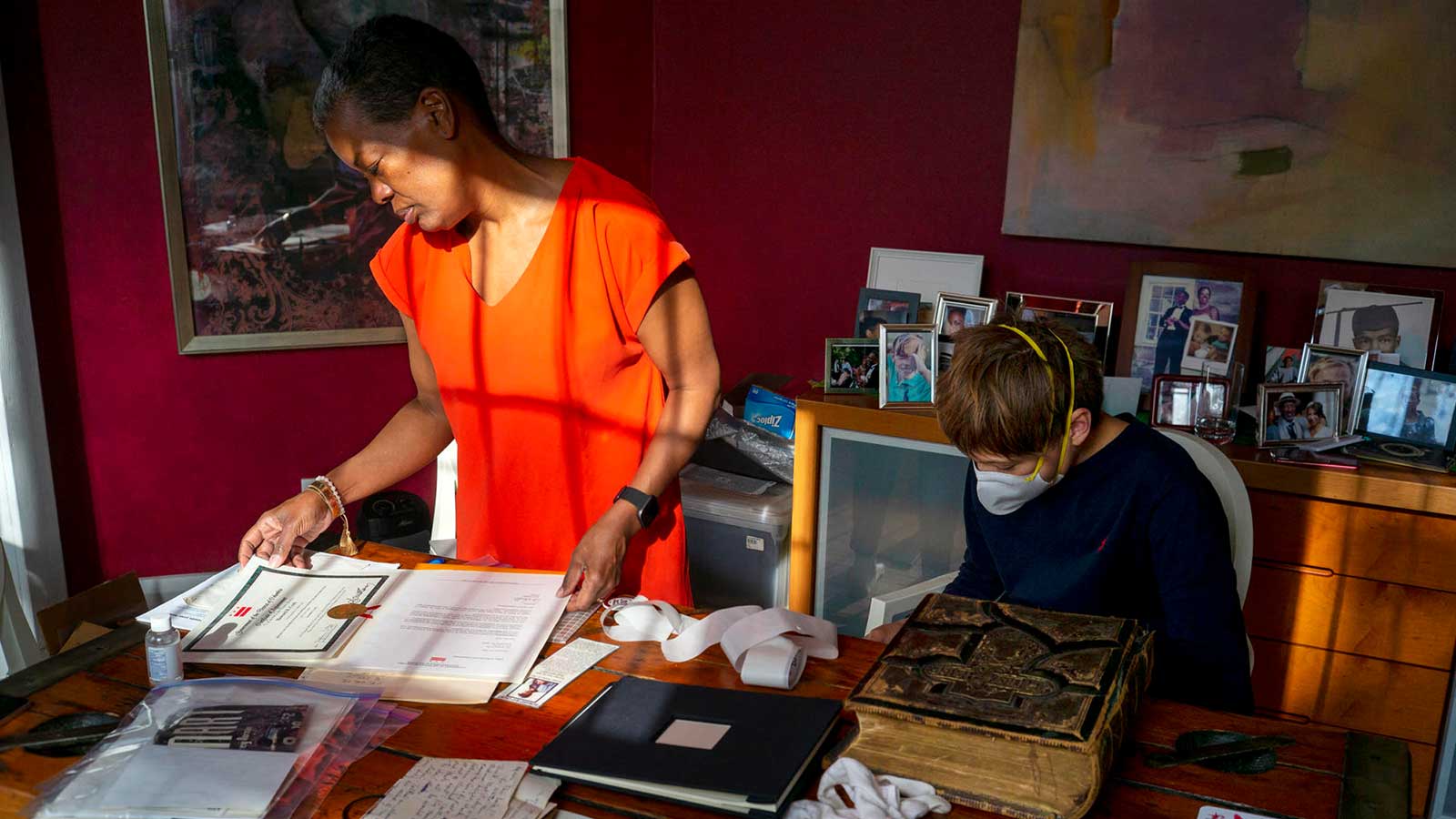 What the Pandemic Has Stolen from Black America

You Are Here: Home » Blog » Editors' Choice » What the Pandemic Has Stolen from Black America

The boy is perhaps 8 or 9 years old. In the black-and-white photo, his face is frozen in an open-mouthed grin, his small arms tucked respectfully behind his back. He stands alone, a Black child in dark slacks and a light, collared shirt. Pine trees rise in the blurry background, dark slashes against an overexposed sky.

The second boy, who holds the photograph, does not resemble the first. He is 13, tall and fair-skinned, with dirty-blond hair. His brown eyes strain at the image with the hope of recognition.

“I think this is my grandpa,” Gunnar Eggertsson says. “I’m not sure, though.”

So much here is unknown. Gunnar is at the Southeast Washington home that his grandfather, longtime civil rights activist Howard Croft, inhabited for nearly 40 years before being killed by the worst pandemic in a century. Gunnar and his grandmother, Cynthia Kain, have set out to sift through and preserve Croft’s personal records, many undisturbed since his death last summer.

It isn’t the first time they have tried.

Earlier in the spring, as covid-19 was still killing more than a thousand people in the United States every day, Gunnar and Kain made a tentative pilgrimage to this tan clapboard house in Anacostia. Their grief was still fresh, and the pain of excavating the past was too great. In the March light bathing the quiet living room, they opened boxes containing photos of a grandfather and husband in his wedding tux, or grinning as a young man amid the breakers on an unknown beach — and closed them again.

On this Friday afternoon, the last day in April, they have returned at Gunnar’s urging. His middle name is Howard. He loved his grandfather and vaguely understood the significance of the man’s life. But Gunnar has grown up in New York and Providence, R.I., the oldest child of a biracial energy markets analyst — Howard’s daughter, Helima Croft — and a White economics professor from Iceland. His grandfather’s world, rooted in Black D.C., is as foreign to him in some ways as the one occupied by his relatives in Reykjavik.

Croft told his grandson stories about when he risked his life to register Black voters in Mississippi in the early 1960s. He took him to the African American Civil War Museum and pointed out the name of Gunnar’s great-great-great-great-grandfather, Alexander Baker, who fought for the Union in a Black regiment.

The details of that history — specifically, his grandfather’s role in it — are what Gunnar wants to discover and understand. But the clues spread out on the dining table at Croft’s house confuse as much as they enlighten. There is a postcard from the Palazzo Vecchio in Florence that Croft wrote but never sent to the grandmother who raised him. Old dental bills. Buttons from his unsuccessful campaign for the D.C. Council. A sample ballot from the first free election held in South Africa.

Gunnar is young enough to say what his grandmother will not: “It would be easier if we had grandpa here to figure it out.”