You Are Here: Home » Blog » Commentaries/Opinions » What White Supremacists Know 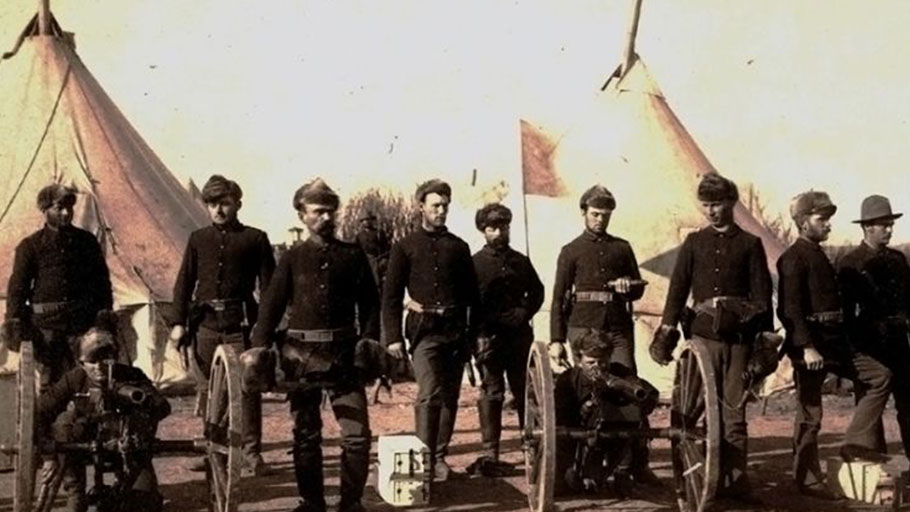 The violent theft of land and capital is at the core of the U.S. experiment: the U.S. military got its start in the wars against Native Americans.

The United States has been at war every day since its founding, often covertly and often in several parts of the world at once. As ghastly as that sentence is, it still does not capture the full picture. Indeed, prior to its founding, what would become the United States was engaged—as it would continue to be for more than a century following—in internal warfare to piece together its continental territory. Even during the Civil War, both the Union and Confederate armies continued to war against the nations of the Diné and Apache, the Cheyenne and the Dakota, inflicting hideous massacres upon civilians and forcing their relocations. Yet when considering the history of U.S. imperialism and militarism, few historians trace their genesis to this period of internal empire-building. They should. The origin of the United States in settler colonialism—as an empire born from the violent acquisition of indigenous lands and the ruthless devaluation of indigenous lives—lends the country unique characteristics that matter when considering questions of how to unhitch its future from its violent DNA.

The United States is not exceptional in the amount of violence or bloodshed when compared to colonial conquests in Africa, Asia, the Caribbean, and South America. Elimination of the native is implicit in settler colonialism and colonial projects in which large swaths of land and workforces are sought for commercial exploitation. Extreme violence against noncombatants was a defining characteristic of all European colonialism, often with genocidal results.

The privatization of land is at the core of the U.S. experiment, and its military powerhouse was born to expropriate resources. Apt, then, that we once again have a real estate man for president.

Rather, what distinguishes the United States is the triumphal mythology attached to that violence and its political uses, even to this day. The post–9/11 external and internal U.S. war against Muslims-as-“barbarians” finds its prefiguration in the “savage wars” of the American colonies and the early U.S. state against Native Americans. And when there were, in effect, no Native Americans left to fight, the practice of “savage wars” remained. In the twentieth century, well before the War on Terror, the United States carried out large-scale warfare in the Philippines, Europe, Korea, and Vietnam; prolonged invasions and occupations in Cuba, Nicaragua, Haiti, and the Dominican Republic; and counterinsurgencies in Columbia and Southern Africa. In all instances, the United States has perceived itself to be pitted in war against savage forces.

Appropriating the land from its stewards was racialized war from the first British settlement in Jamestown, pitting “civilization” against “savagery.” Through this pursuit, the U.S. military gained its unique character as a force with mastery in “irregular” warfare. In spite of this, most military historians pay little attention to the so-called Indian Wars from 1607 to 1890, as well as the 1846–48 invasion and occupation of Mexico. Yet it was during the nearly two centuries of British colonization of North America that generations of settlers gained experience as “Indian fighters” outside any organized military institution. While large, highly regimented “regular” armies fought over geopolitical goals in Europe, Anglo settlers in North America waged deadly irregular warfare against the continent’s indigenous nations to seize their land, resources, and roads, driving them westward and eventually forcibly relocating them west of the Mississippi. Even following the founding of the professional U.S. Army in the 1810s, irregular warfare was the method of the U.S. conquest of the Ohio Valley, Great Lakes, Southeast, and Mississippi Valley regions, then west of the Mississippi to the Pacific, including taking half of Mexico. Since that time, irregular methods have been used in tandem with operations of regular armed forces and are, perhaps, what most marks U.S. armed forces as different from other armies of global powers.

By the presidency of Andrew Jackson (1829–37), whose lust for displacing and killing Native Americans was unparalleled, the character of the U.S. armed forces had come, in the national imaginary, to be deeply entangled with the mystique of indigenous nations—as though, in adopting the practices of irregular warfare, U.S. soldiers had become the very thing they were fighting. This persona involved a certain identification with the Native enemy, marking the settler as Native American rather than European. This was part of the sleight of hand by which U.S. Americans came to genuinely believe that they had a rightful claim to the continent: they had fought for it and “become” its indigenous inhabitants.

Irregular military techniques that were perfected while expropriating Native American lands were then applied to fighting the Mexican Republic. At the time of its independence from Spain in 1821, the territory of Mexico included what is now the states of California, New Mexico, Arizona, Colorado, Nevada, Utah, and Texas. Upon independence, Mexico continued the practice of allowing non-Mexicans to acquire large swaths of land for development under land grants, with the assumption that this would also mean the welcome eradication of indigenous peoples. By 1836 nearly 40,000 Americans, nearly all slavers (and not counting the enslaved), had moved to Mexican Texas. Their ranger militias were a part of the settlement, and in 1835 became formally institutionalized as the Texas Rangers. Their principal state-sponsored task was the eradication of the Comanche nation and all other Native peoples in Texas. Mounted and armed with the new killing machine, the five-shot Colt Paterson revolver, they did so with dedicated precision.

Having perfected their art in counterinsurgency operations against Comanches and other Native communities, the Texas Rangers went on to play a significant role in the U.S. invasion of Mexico. As seasoned counterinsurgents, they guided U.S. Army forces deep into Mexico, engaging in the Battle of Monterrey. Rangers also accompanied General Winfield Scott’s army and the Marines by sea, landing in Vera Cruz and mounting a siege of Mexico’s main commercial port city. They then marched on, leaving a path of civilian corpses and destruction, to occupy Mexico City, where the citizens called them Texas Devils. In defeat and under military occupation, Mexico ceded the northern half of its territory to the United States, and Texas became a state in 1845. Soon after, in 1860, Texas seceded, contributing its Rangers to the Confederate cause. After the Civil War, the Texas Rangers picked up where they had left off, pursuing counterinsurgency against both remaining Native communities and resistant Mexicans.

The Marines also trace half of their mythological origins to the invasion of Mexico that nearly completed the continental United States. The opening lyric of the official hymn of the Marine Corps, composed and adopted in 1847, is “From the Halls of Montezuma to the shores of Tripoli.” Tripoli refers to the First Barbary War of 1801–5, when the Marines were dispatched to North Africa by President Thomas Jefferson to invade the Berber Nation, shelling the city of Tripoli, taking captives, and blockading key Barbary ports for nearly four years. The “Hall of Montezuma,” though, refers to the invasion of Mexico: while the U.S. Army occupied what is now California, Arizona, and New Mexico, the Marines invaded by sea and marched to Mexico City, murdering and torturing civilian resisters along the way.

White supremacists are not wrong when they claim that they understand something about the American Dream that the rest of us do not, though it is nothing to brag about.

So what does it matter, for those of us who strive for peace and justice, that the U.S. military had its start in killing indigenous populations, or that U.S. imperialism has its roots in the expropriation of indigenous lands?

It matters because it tells us that the privatization of lands and other forms of human capital are at the core of the U.S. experiment. The militaristic-capitalist powerhouse of the United States derives from real estate (which includes African bodies, as well as appropriated land). It is apt that we once again have a real estate man for president, much like the first president, George Washington, whose fortune came mainly from his success speculating on unceded Indian lands. The U.S. governmental structure is designed to serve private property interests, the primary actors in establishing the United States being slavers and land speculators. That is, the United States was founded as a capitalist empire. This was exceptional in the world and has remained exceptional, though not in a way that benefits humanity. The military was designed to expropriate resources, guarding them against loss, and will continue to do so if left to its own devices under the control of rapacious capitalists.

When extreme white nationalists make themselves visible—as they have for the past decade, and now more than ever with a vocal white nationalist president—they are dismissed as marginal, rather than being understood as the spiritual descendants of the settlers. White supremacists are not wrong when they claim that they understand something about the American Dream that the rest of us do not, though it is nothing to brag about. Indeed, the origins of the United States are consistent with white nationalist ideology. And this is where those of us who wish for peace and justice must start: with full awareness that we are trying to fundamentally change the nature of the country, which will always be extremely difficult work.