About that April 2019 Jobs Report

You Are Here: Home » News & Current Affairs » About that April 2019 Jobs Report 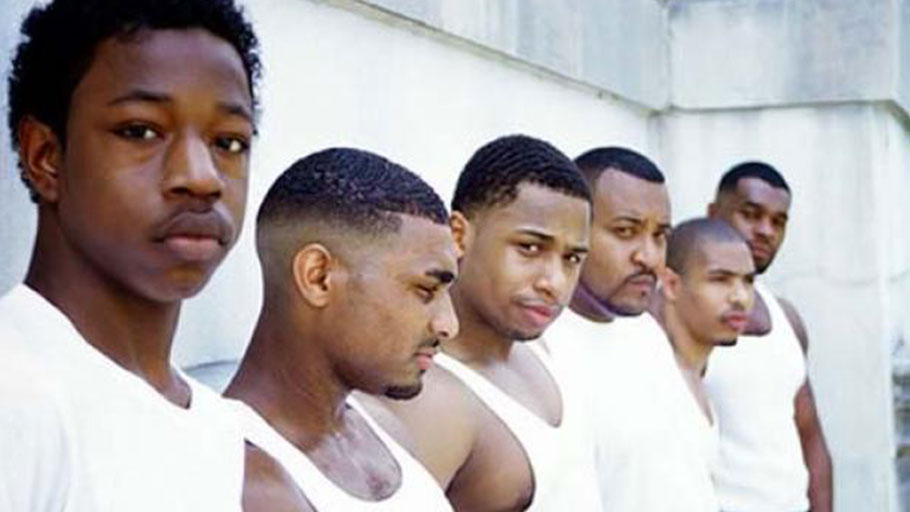 The Bureau of Labor Statistics reported that the unemployment rate fell to 3.6 percent in April, the lowest level in almost 50 years. There was no change in the employment-to-population ratio (EPOP), which remained at 60.6 percent, just below its peak for the recovery. The prime age (ages 25 to 54) EPOP actually edged down to 79.7 percent, compared to a high of 79.9 percent earlier this year. The establishment survey showed the economy added 263,000 jobs, with modest upward revisions to the prior two months’ data, bringing the average rate of job growth over the last three months to 169,000.

This is also not a single-month anomaly (the data are erratic), the average unemployment rate for blacks for the last three months is 6.8 percent, up from 6.7 percent for the same three months of 2018. The rise is all among black men, their unemployment rate averaged 7.0 percent over these months compared to 6.1 percent in 2018. Unemployment for black women averaged 5.3 percent, down from 5.7 percent in the same months last year.

The percentage of people who are unemployed due to voluntarily leaving their jobs is relatively low at 12.6 percent. This measure of workers’ confidence in the labor market averaged over 14.0 percent in 2000 and peaked at more than 15.0 percent.

It is also worth noting that less educated workers seem to be the big gainers in this labor market. The unemployment rate for college grads is unchanged at 2.1 percent over the last year, still above its pre-recession low of 1.8 percent. By contrast, the unemployment rate for workers without high school degrees was down 0.4 percentage points to 5.4 percent, for those with high school degrees it was down 0.8 percentage points to 3.5 percent, and for those with some college by 0.3 percentage points to 3.1 percent. All of these rates are well below prerecession lows. Clearly, this recovery has not been especially favorable to more educated workers.

Involuntary part-time work edged up to 155,000 but is still not far from its low for the recovery. Voluntary part-time edged up slightly, but its average for the last three months is almost 30,000 below the year-ago level. Voluntary part-time had jumped after the implementation of the Affordable Care Act, since workers could now get health insurance outside of employment. The drop in share in the last year suggests that workers may be finding access to the exchanges and Medicaid more difficult.

While most sectors in the establishment survey showed gains, the patterns were somewhat unusual. The category of professional and business services added 76,000 jobs, but only 13,900 were in the relatively well-paying professional and technical services area, down from an average of 24,400 over the last year. By contrast, there was an increase in jobs in services to buildings of 20,600, and 17,900 in temp help.

In spite of the low unemployment rate, there is no evidence of an acceleration in wage growth. The average hourly wage increased just 3.2 percent over the last year. The average for the last three months (February, March, and April) compared with the prior three (November, December, and January) increased at just a 3.0 percent annual rate, suggesting some slowing. 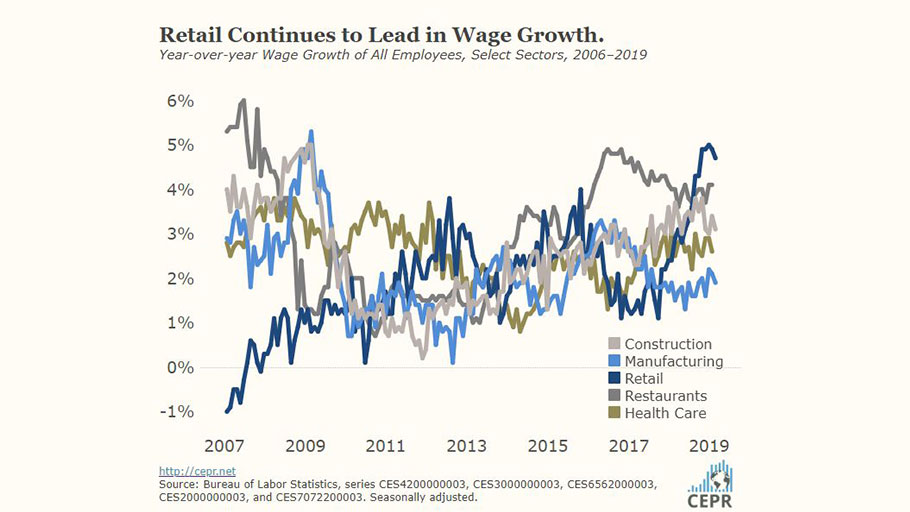 By industry, the lower paying retail and restaurant sectors are the big gainers, with year-over-year rises of 4.7 percent and 4.1 percent, respectively. By comparison, manufacturing wages are up just 1.9 percent over the last year.On the whole, this is clearly a positive report with strong job gains and a drop in unemployment, however the weakening wage growth and bad picture for black male unemployment are serious grounds for concern. On the plus side, it seems the recovery is in no danger of coming to an end any time soon.

Economy Adds 263,000 Jobs in April as Unemployment Rate Falls to 3.6 Percent by Dean Baker — Originally published May 3, 2019 by Center for Economic and Policy Research

45% Of Young Black Men In Chicago Out Of School, Out Of Work

An increasing number of black young men in Chicago are out of work and out of school, according to a report being released on Friday.

The analysis of 2017 census data shows a whopping 45% of black men between the ages of 20 and 24 didn’t have a job and weren’t in school — about 9 percentage points higher than in 2016. For younger black males ages 16 to 19, the out-of-work, out-of-school rate remained unchanged at 9%.

As it has for more than a decade, the Alternative Schools Network, an advocacy group for schools that re-enroll dropouts, commissioned the analysis, which was done by the University of Illinois at Chicago’s Great Cities Institute. 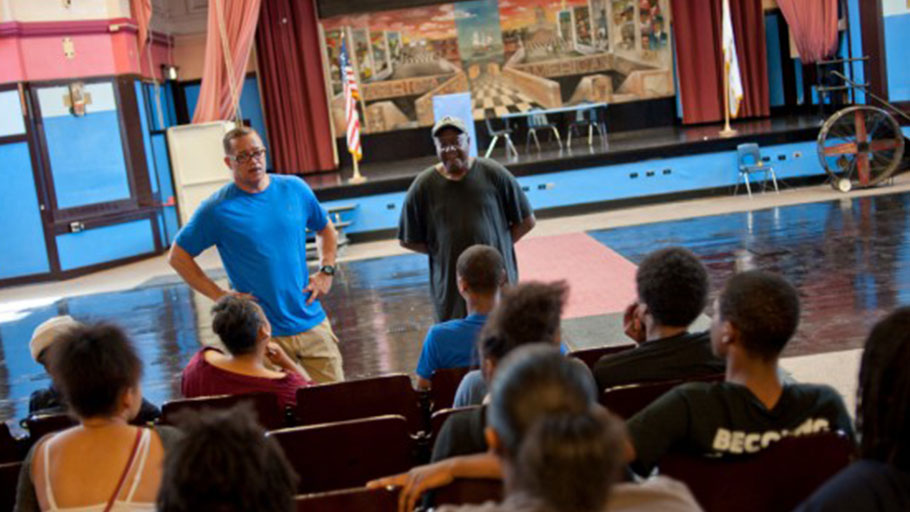 In past years, the organization has held panel discussions to try to bring awareness to the issue. But this year, it plans to hold a noon rally on Friday at the Thompson Center featuring students from alternative schools. The students will talk about how many classmates they know who have been killed just in the past few months.

And they will link this violence with the lack of jobs for young people, especially over the summer.

“It is about getting many more kids off the street,” said Jack Wuest, the executive director of the network. “It is just that simple.”

Thirty years ago, the federal government funded a robust youth jobs program that put hundreds of thousands of teenagers to work across the country, Wuest points out. But he said the Clinton administration took money from that program.

In recent years, Chicago Mayor Rahm Emanuel has “pieced together” money for summer jobs programs, Wuest said. The main one, One Summer Chicago, got more than double the applicants for the available jobs, according to its website.

Not having a job as a teenager makes it harder to land one as a young adult, he said.

Matt Wilson, who did the analysis for the Great Cities Institute, said the difference in the out-of-school, out-of-work rate between black and white young adults in Chicago is especially stark. Only about 5% of white 16 to 24-year-olds were out of work and out of school, compared to 13% of Latinos and a quarter of black young adults.

He said this data helps him better understand why there’s more violence in some communities.

“You ask the question: What do they do in the morning? What do they do when they wake up?” he said. “I think when people don’t have a way to productively use time, the violence becomes a natural response to that.”

Wuest points out many communities across Illinois are grappling with too many idle young adults. Outside of Chicago, more than 127,000 16 to 24-year-olds are out of work and out of school, nearly half of them white.

“It is not just inner city. It is not just Cook County,” he said. “It is the rural areas that are white … those kids are in dire straits too.”

45% Of Young Black Men In Chicago Out Of School, Out Of Work by Sarah Karp — Originally published May 3, 2019 by WBEZ