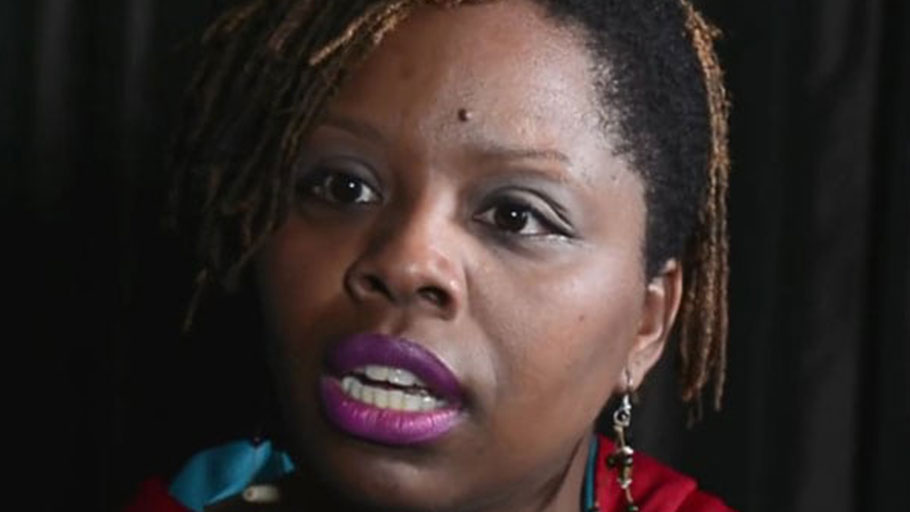 Patrisse Cullors. By The Laura Flanders Show [CC BY 3.0 ], via Wikimedia Commons

The acquittal of George Zimmerman in the fatal shooting of 17-year-old Trayvon Martin took place on July 13, 2013. Reaction to the acquittal led to the birth of what is now known as the Black Lives Matter movement. Chauncey Alcorn, writing in Mic, recalls the movement’s origins:

Criminal justice reform advocate Patrisse Cullors sat at the edge of her bed in a Susanville, California, motel room, staring at her Facebook timeline in shock. A jury in Sanford, Florida, had just found George Zimmerman not guilty of murder in the February 2012 shooting death of Trayvon Martin, a Black 17-year-old.

A despondent Alicia Garza—Cullors’ friend who served as special projects director at the advocacy group National Domestic Workers Alliance—posted a love letter to Black America on Facebook the same day.

“Black people, I love you,” Garza wrote. “We matter. Our lives matter.”

As Cullors recalls in the Huffington Post, “We’d watched the media criminalize 17-year-old Trayvon and humiliate his family to justify his cold-blooded murder presumably because his assailant was white-presenting. Still, we were sucker-punched by the acquittal…it was clear; black people really didn’t matter and the realization was deeply painful. Then we realized something else: the acquittal could not be the end of this story.”

Anniversaries are, of course, artificial markers. ACLU deputy legal director Jeff Robinson, who also serves as director of the Trone Center for Justice and Equality, notes that, “If you look at five years of work in the context of the entire struggle for racial justice in America, you’re talking about a minute that has gone by in a struggle that has literally been hundreds of years long,” Still, Robinson concedes, it has “been a very significant minute.”

Cullors and Robinson are hardly the only ones taking stock. “Five years…since the Zimmerman verdict, advocates and observers are still coming to grips with how that moment has shaped the course of American history,” writes Alcorn.

Alcorn notes that to date the movement has had major victories, but it has also faced a strong white backlash. Citing Robinson, Alcorn observes that, “For truly sustained social change to take hold in the US, America must reckon with its white supremacist roots and reinvent itself by truly changing hearts and minds on an individual and local level.”

So far, Robinson notes, while Black Lives Matter has forced the country to look itself in the mirror, “Instead of going to the gym, [white] America wants to tell the mirror it’s wrong.”

Alcorn, in his interviews, captures a range of responses. Cullors, citing not just Black Lives Matter but other movements that have emerged, such as the March to Save Lives and #MeToo, takes an optimistic view: “What our movement has been able to do in five years is galvanize a new generation to change the course of history.” Others are less upbeat. Latonya Goldsby, a cofounder of Black Lives Matter Cleveland and a cousin of 12-year-old Tamir Rice, who was shot to death by Cleveland police in 2014, remarks that the five-year anniversary is “kind of a somber moment considering the multiple of cases that have transpired since the Trayvon Martin case. We’re still hearing cases about police officers taking lives and there’s no accountability.”

Jasmen Rogers, a community organizer and Black Lives Matter activist in Broward County, Florida (near Miami), also observes that, “Five years of Black Lives Matter is bittersweet. On the one hand, it was a launch pad for a new wave of activism and organizing…on the other hand, it exploded another powder keg of racism and white supremacy.” Rogers adds that, “Our people are still hungry. Our government is still unhinged.” Still, Rogers also concedes that “five years later, there have been so many victories against state-sanctioned violence across the country.”

For his part, Hank Newsome, president of Black Lives Matter New York, contends that the backlash, while disturbing, might be part of the process of achieving progress. “No one ever said it wouldn’t get worse before it gets better,” Newsome remarks. What gives Newsome hope, he says, is that “people who are heart centered…are coming together to change this.”—Steve Dubb