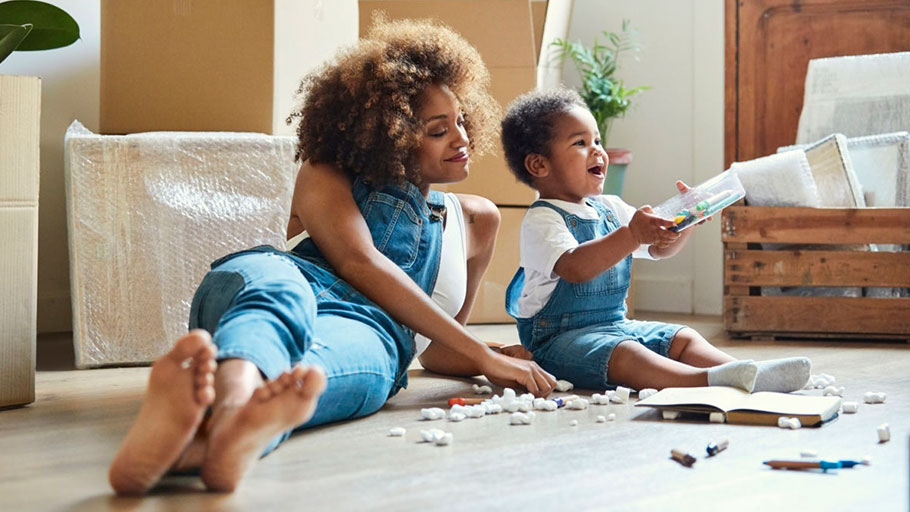 In Louisville, the group is purchasing vacant homes for low-income families to promote stability in the community and fight gentrification.

In May, Tiffany Brown and her children will move into a new home in the historic Black neighborhood of West Louisville, Kentucky.

A single mother of three, Brown has spent most of her adult life in public housing. Her first shot at homeownership comes courtesy of a new project by the Louisville chapter of Black Lives Matter to help provide permanent housing to transient families and low-income single-mother households like hers.

She had recently relocated to Section 8 housing because of involuntary displacement in her previous location, the result of ongoing practices of segregation and unequal access to housing based on race.

The BLM project means Brown and her children not only have access to affordable housing, but now can finally own their home — at no initial cost to them. Her only financial obligations will be to pay the taxes and utilities on the home. She has no mortgage.

Essentially, BLM is gifting them this home.

The four bedroom fixer-upper, which will be ready for moving in this spring, is a step up, she says, from where she and her children previously lived.

“I couldn’t wait to tell my kids we’ll finally have a home of our own,” Brown recalls of the moment she learned she’d been selected by the group. “And we won’t have to worry about anything.”

This is the first home BLM-Louisville has given away.

Last year, the group began raising money to address the issue of homeownership after recognizing the impact that lack of housing was having on the Black community. Thousands of homeless people — men, women and children — are in Louisville, and there aren’t enough shelters to accommodate them. Hundreds live on the streets, in camps, or in their cars — many of them African American, who make up more than a third of the city’s poor.

Chanelle Helm, the organizer and co-founder of BLM-Louisville, says the goal is to address the marginalization of homeownership for Black people in the city.

Louisville is highly segregated. Its approximately 22 percent Black population lives mostly in the West End, where Shawnee, the historic Black neighborhood of working-class African Americans, emerged during and after White flight, around WWII and into the 1950s.

“Gentrification is what we want to prevent.”

Helm describes the area now as affected by redlining, disinvestment, and crime-laced news stories — similar to other mostly Black communities across the country.

But BLM-Louisville and other grassroots organizations and nonprofits in the area have been working to change that. “Gentrification is what we want to prevent,” says Lyndon Pryor, chief engagement officer of Louisville Urban League.

While economic diversity is part of revitalization and redevelopment in any area, he says, “We do not believe that should come at the expense of the people who currently live here, the people, the history and culture that currently exist in West Louisville,” Pryor says. “We don’t have to lose one to gain the other.”

He believes that much still can be done “and will be done to ensure [the West End] remains primarily in the hands of the people it belongs to now.”

In the meantime, Helm says, the lack of stable housing is “breaking people apart.”

BLM Louisville holds the deeds to five other houses that have either been gifted to the group or that it purchased with $50,000 donated by the community to help house low-income families. The homes they purchased have ranged from $5,000 to $10,000.

One of the five houses BLM owns will serve as emergency housing for families that have been evicted or displaced and have nowhere else to go.

Donations have come from throughout Louisville — some as little as 63 cents. The funds will also go toward rehabbing houses, and the group plans to acquire more houses as the program grows, and more donations come in. “This is what we got to do to get ahead,” Helm says.

The BLM-Louisville program essentially functions like a co-op,
supported by funds the organization raises.

The idea of providing empty houses in the city for families in need has always been on people’s minds, she says. The thinking was, “All these vacant and abandoned houses and buildings, why don’t we just put people in them?”

The BLM-Louisville program essentially functions like a co-op, supported by funds the organization raises. Contractors, other professionals, and community volunteers donate their talent, time, and work to make it all possible.

For Brown, the process of owning her first home was uncomplicated — and informal. She wasn’t required to fill out an application, but she had to write a biographical essay. In it, she described her struggle with drugs, kicking her addiction, and regaining custody of her children. She’s been 10 years clean. Approval took two to three months.

And she’s also putting in sweat equity. “Next week, I’m going over there to help hang drywall, put in floors, whatever I need to do to get the house ready,” she says. In May, when she’s scheduled to move in, BLM-Louisville will hand over the deed to Brown.

Gone for her and her family are concerns of not being able to pay increasing rents, or being evicted or displaced. Instead, she can focus on finishing her associate degree this winter, and getting a bachelor’s while starting a career in drug and alcohol counseling to help those who face the same challenges she once did.