Black Politics Beyond The 2022 Midterm Elections: An Interview With Dr. Ron Daniels

You Are Here: Home » Blog » News & Current Affairs » Black Politics Beyond The 2022 Midterm Elections: An Interview With Dr. Ron Daniels

By DaQuan Lawrence, The Hilltop — 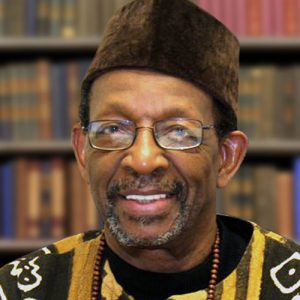 President of the Institute of the Black World 21st Century (IBW), Dr. Ron Daniels, met with The Hilltop to discuss national and world politics, the importance of African Americans engaging in political affairs, the upcoming 2022 midterm elections and the related national town hall meeting he is organizing at Howard University on Nov. 10.

During the 2022 election cycle, the voting population will weigh in on toss-up races that determine who controls Congress and state governments as gubernatorial elections will be held in 36 states and three territories, according to the National Governors Association.

Decisions in these states will affect issues such as abortion rights and climate change, as well as economic and education policy, both within their states and around the nation. In order to ensure African Americans are not overlooked in the electoral process and to extend the political mobilization efforts around the election beyond November, Dr. Daniels organizes periodic national town hall meetings after the midterm and presidential election cycles.

Dr. Daniels is organizing a panel that will be moderated by host and producer, Roland Martin, and political economist, Dr. Julianne Malveaux, and features national leaders from political, civic and academic organizations including president/CEO of the National Urban League, Marc Morial, National Association for the Advancement of Colored People National Advisor of Policy and Governance, Hilary Shelton, president of the National Coalition of Black Civic Participation, Melanie Campbell, the co-founder of Until Freedom, Tamika Mallory, the director of the Live Free Campaign, Pastor Michael McBride and the executive director of the National Council of Negro Women, Attorney Janice Mathis.

The national town hall meeting will be free and open to the public, streamed and broadcasted live. It’ll take place in Cramton Auditorium at Howard University. Doors will open at 6 p.m. and the Howard University Student Association Vice President, Eryka Anabell Clarke, will bring greetings on behalf of Howard students.

Ahead of this event, Dr. Daniels discussed his motivation behind organizing the national town hall meeting and the importance of African American political engagement beyond the electoral cycle with The Hilltop.

The Hilltop: Is the upcoming convening the first of its kind? Why is it important?

Dr. Daniels: IBW has had these on several occasions, and in 2012 we held the third iteration of the Black World Conference here at Howard University. Typically after presidential elections, we aggregate some of the brightest and best civil and human rights leaders in the nation to do an assessment of the elections in terms of what issues and policies impact Black America and the African diaspora. Due to the historical significance of this election, we felt compelled to have a meeting now.

The Hilltop: Can you share your thoughts on the town hall’s esteemed speakers?

Daniels: Each of the panelists has experience in an important political issue area. Morial will frame the discussion utilizing the Urban League’s annual State of Black America report. Then panelists will provide brief analysis based on their expertise. Martin, who is renowned for his work, and Dr. Malveaux, who is a dear friend and well known for her work, will facilitate the conversation.

The Hilltop: One can argue that social and economic issues such as climate change, inflation and potential economic downturn, and voters and women rights are bipartisan. Do you believe African Americans should expand their thinking around the historical political parties that have dominated U.S. politics?

Daniels: This panel has a diversity of policy perspectives. Howard University alumnus Mitchell represents a third-party and is the director of the Working Families Party. We need to assess what this means and if Black folks should consider some kind of independent force in politics. In this election, there’s so much at stake, yet the Democratic and Republican parties are almost acting as if it’s business as usual.

The Hilltop: Why is it important for Black Americans, particularly younger adults, to remain engaged in the political process beyond election cycles?

Daniels: There are three key reasons. Firstly, voter turnout is important because even in our last big election, maybe between 60-65 percent of the total eligible voters went to the polls. Compared to places like Europe, that’s unsatisfactory because in some nations, voter turnout reached higher than 80 percent. Regarding youth, we must focus on participation because elections may be ‘democratic,’ but they are not ‘democracy.’ Civic engagement is democracy. Beyond politics, be it music festivals or food events, we need a participatory democracy and political culture engaged in our communities 365 days a year, not just during election time. Lastly, it’s not just about elections, but also the economic resources that we have as an aggregate. Sometimes the politics won’t line up.

The Working Families Party is a third party or minor political party that was founded in New York in 1998 and currently has active chapters across America. According to data from the U.S. Census Bureau, the 2020 presidential election had the highest voter turnout of the 21st century, as 66.8 percent of eligible U.S. citizens participated.