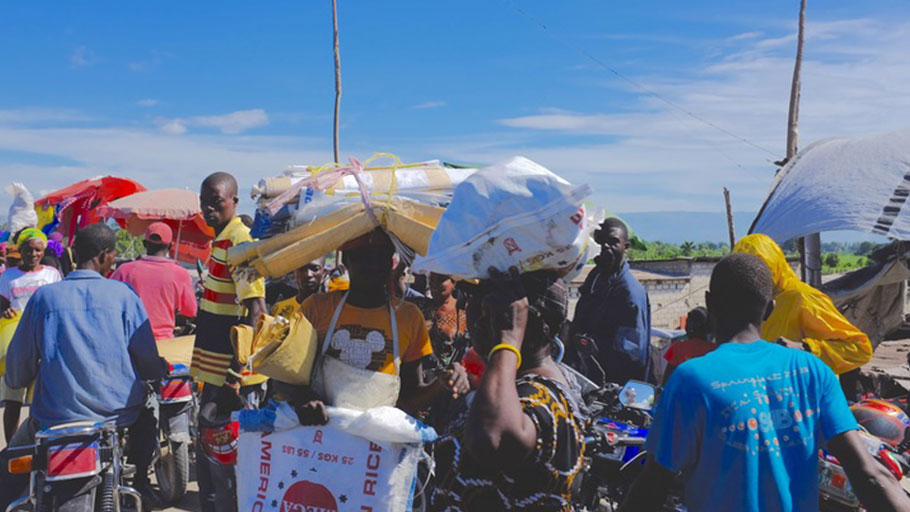 China plans to build markets in Port-au-Prince under the new initiative.

China plans to invest $30 billion in Haiti’s infrastructure according to the Haitian Press Agency (AHP). This week the Mayor of Port-au-Prince, Youri Chevry, hosted the signing of an agreement between the Haitian company Bati Ayiti (Build Haiti), headed by former Senator Amos André, and the Southwest Municipal Engineering and Design Research Institute of China.

20,000 workers will begin work before the end of 2017, backed by an initial infusion of $5 billion. The Chinese Government has a deadline of September 30, 2017 to unblock the funds. In the meantime, Bati Ayiti, the City of Port-au-Prince and their partners continue to work on the recruitment of staff.

Last May, China’s president Xi Jinping hosted the first Belt and Road Forum (“One Belt, One Road”) in Beijing, offering hundreds of billions of dollars to over 100 interested countries for infrastructure projects. Haiti stands to be a beneficiary of the ambitious Chinese initiative, which is modeled on the ancient “Silk Road.” 2,000 years ago China opened up routes of trade that linked the civilizations of Asia, Europe and Africa.

China now stands to have influence in the Caribbean corridor stretching from Cuba to Venezuela.

Some analysts have compared the One Belt One Road enterprise to the Marshall Plan. After World War II, the United States was such a strong manufacturing entity that it was forced to seek markets for its industrial products. The Marshall Plan required that aid to Europe involve a quid pro quo of U.S. investment and imports.

Today, China has an excess amount of industrial capacity. China is exceptionally skilled at infrastructure. Foreign investment provides an outlet for exports of labor and resources.

“This accord may finally break the grip that the eternal exploiters of Haiti had for decades on the poor people of Haiti while they greatly benefited from favors and monopolies from corrupt governments,” says Bernard Sansaricq, the former Senate President of Haiti, in an email.

Is it also possible that the Chinese initiative is less about altruistic globalization and more about finding markets for its industrial over capacity? Is China trying to lure Haiti into its geo-political orbit? Both motives may work together for the benefit of Haiti.

It worked in Rwanda. Figures from the Rwanda Development Board indicate that Rwanda registered 45 Chinese investments from 2010 – 2016.

The change in Kigali is stunning over the past 15 years. I have witnessed this transformation myself in multiple visits since 2004. The streets are clean and not a plastic bag in sight. A woman can walk the streets alone at midnight and feel as safe as on a moonlight stroll on Sanibel Island’s beaches.

Chinese engineers built the country’s tallest building, Kigali City Tower, “a gleaming 20-story glass skyscraper; the building that houses Rwanda’s foreign ministry; various hotels, schools, and hospitals; and 80% of the country’s roads,” according to an article in Quartz Africa.

There are still problems, of course, and outside development offers no guarantee of utopia. Competition for jobs remains fierce.

As Ezili Danto of the Haitian Lawyers Leadership network suggests, China can capitalize on the failures of the Clinton Foundation failures in Haiti.

“If Trump is too tied up with the Deep State and China leaves a bit of clean water, electricity, and road infrastructure- so be it. But anything done under the illegitimate (left-over Clinton/Bush establishment) government is worrisome. They put Jovenel (the current President) in to keep the status as is — the people too hungry, sick, and weak to fight back,” Danto says.

A power plant to light up the roads certainly won’t be welcomed by the dark forces of the criminal mafias.

“I’d have preferred to champion a U.S. government initiative, but it (the China investment) is what it is,” says Danto.