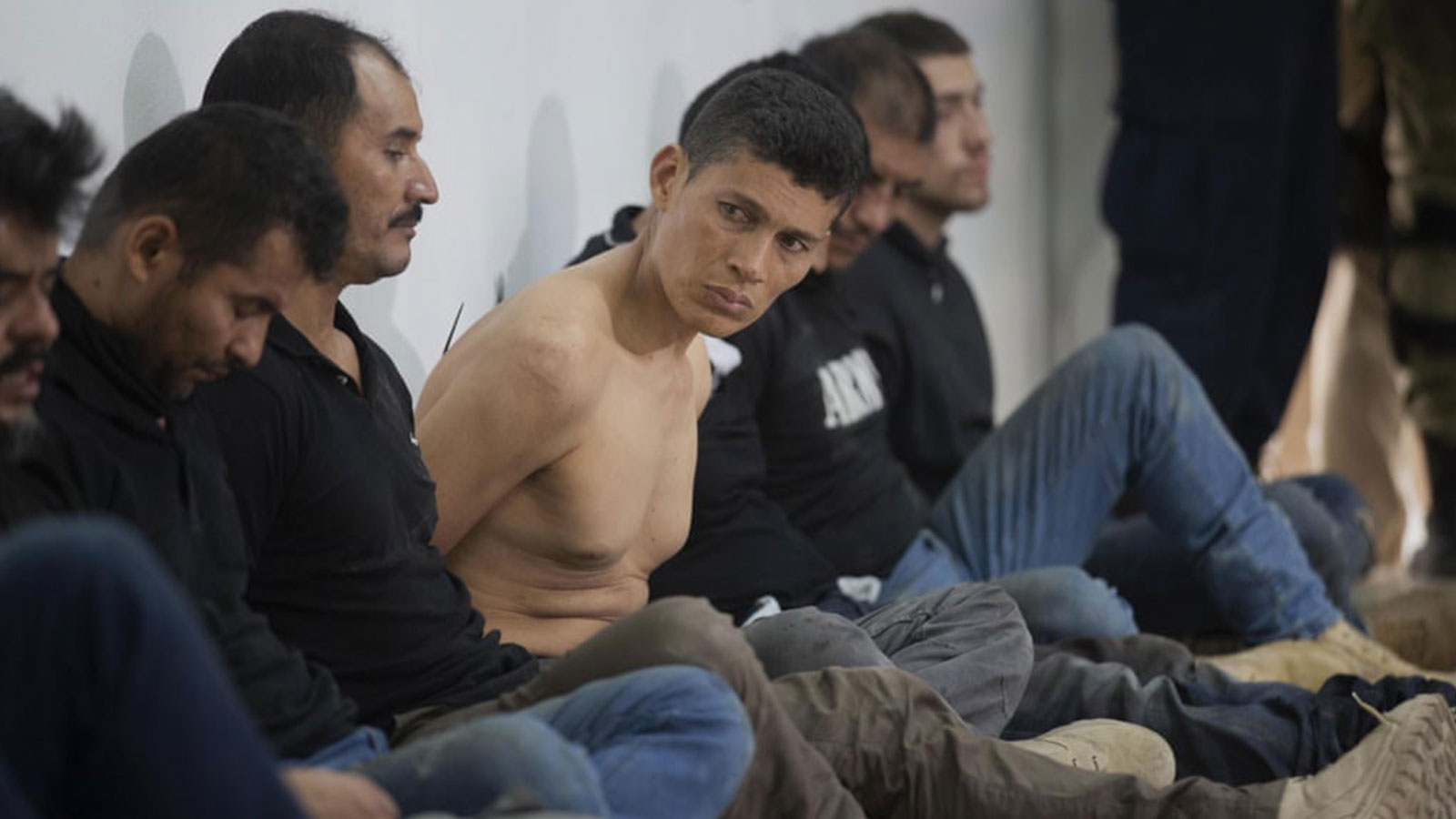 You Are Here: Home » Blog » News & Current Affairs » Colombian mercenaries who killed Haiti’s President were trained by the US military

The hit squad that killed President Jovenel Moïse is alleged to be largely drawn from veterans of Colombia’s civil conflicts.

By Joe Parkin Daniels, The Guardian —

When Manuel Antonio Grosso Guarín jetted into Punta Cana’s tourist-clogged airport early last month on Avianca Flight 252, immigration officials are unlikely to have given the 41-year-old Colombian a second glance. Visitors from around the globe flock to this Dominican resort town each week in search of sun, sea and Caribbean sands.

Grosso appears to have had rather different plans, though: to sneak over the border into neighbouring Haiti and help assassinate that country’s president.

“Colombian mercenaries: trained, cheap, and available,” read a headline in Colombia’s largest newspaper, El Tiempo, on Friday after the Bogotá-basedformer special forces fighter was identified as one of Jovenel Moïse’s 28 alleged killers.

The presence of such a large number of foreigners among the Haitian leader’s alleged murderers has shocked many, particularly in Haiti itself. But Colombian guns-for-hire have been turning up in war zones around the world, including Yemen, Iraq, Israel and Afghanistan, for years now.

Many were once trained by American soldiers and, having spent years battling insurgent groups or drug traffickers within Colombia, go on to find work with US-based private military contractors.

“After so many years of warfare, Colombia just has a surplus of people who are trained in lethal tactics,” said Adam Isacson, director for defense oversight at the Washington Office on Latin America (Wola), a thinktank. “Many of them have been hired by private firms, often in the Middle East, where they make a lot more money than they did in Colombia’s armed forces. Others have ended up being hired guns for narco-traffickers and landowners, as paramilitaries. And now, for whoever planned this operation, in Haiti.” 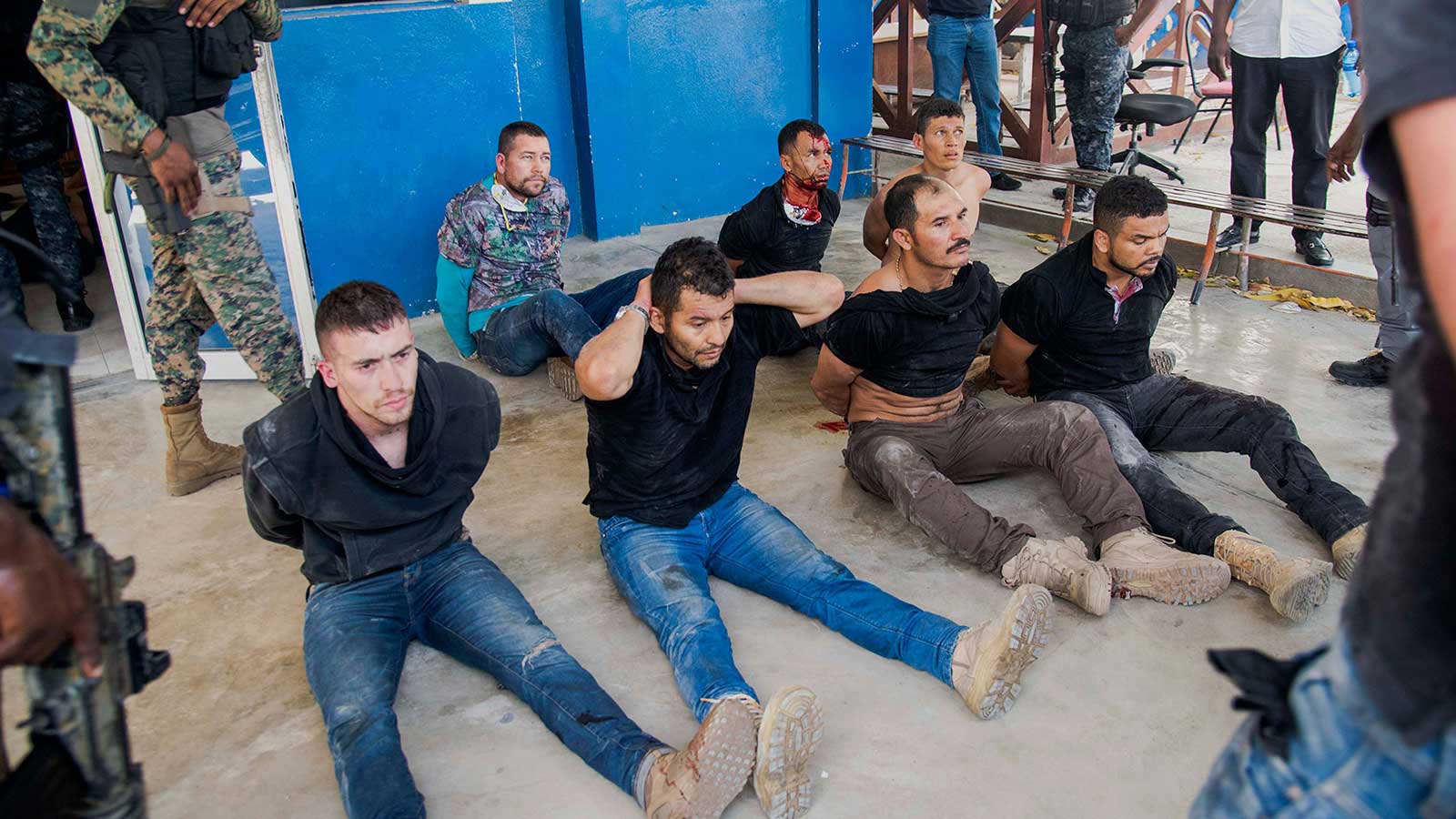 Suspects in the assassination of Haiti’s President Jovenel Moise sit on the floor handcuffed after being detained, at the general direction of the police in Port-au-Prince on Thursday. (Photograph: Jean Marc Hervé Abélard, AP)

Two days after Moïse was gunned down at his residence in Port-au-Prince, the identity of the crime’s masterminds remains an enigma and the subject of wild speculation on the capital’s streets. But on Friday Colombian authorities named 13 of the alleged soldiers of fortune Haitian security officials believe were involved. Colombia’s police director, Gen Jorge Luis Vargas Valencia, told reporters four companies had been involved in the “recruitment” of the murder suspects but did not identify them because their names were still being verified.

Two other former members of Colombia’s military – Alejandro Rivera García and Duberney Capador Giraldo – reportedly arrived in the region around a month earlier, flying to the Dominican Republic via Panama before taking a flight into the Haitian capital on 10 May. Capador, 40, was reportedly among those killed by Haitian security forces as they hunted the president’s killers this week, while Rivera was among those detained. 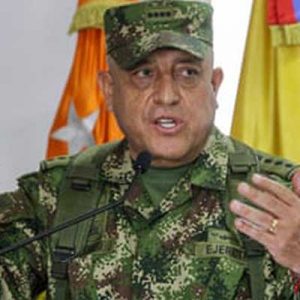 Grosso, who is reportedly a former member of an elite unit of the Colombian army called the urban counter-terrorism special forces group, was also among those captured, and one of 17 disheveled-looking prisoners paraded before the media on Thursday night.

His former special forces unit, which is known by its Spanish acronym Afeur, was created in 1986 after leftist rebels stormed Colombia’s supreme court and scores died, including nearly half of its judges, during a botched military raid to free the hostages. Ironically, given Grosso’s alleged role in murdering Haiti’s president, part of his former group’s remit is the protection of VIPs.

Photographs posted on Grosso’s personal Facebook page show the alleged mercenary enjoying himself in the hours before he allegedly crossed by land into Haiti on 6 June. Several show him posing for selfies beside the Columbus Lighthouse monument in Santo Domingo, built to commemorate the 500th anniversary of the explorer’s arrival in the Americas in 1492.

Another picture shows Grosso posing beside the bulletproof popemobile used to protect Pope John Paul II during a visit to the Dominican capital in 1992, 11 years after an attempt to assassinate the Catholic leader made the use of such vehicles necessary.

Just over a month after that photograph was uploaded to Grosso’s Facebook page, on 6 July, he was involved in an assassination attempt of his own – sparking grief and uncertainty in Haiti and creating a public relations nightmare for Colombia, which has long battled to shed its reputation as a land of sicarios, or contract killers.

“So so sad that this is a country of mercenaries traveling around the world making war,” one Twitter user posted as word of the Colombians’ involvement in the attack spread.

Joe Parkin Daniels is a British journalist based in Bogotá, Colombia, where he covers human rights, the country’s internal conflict, and health.