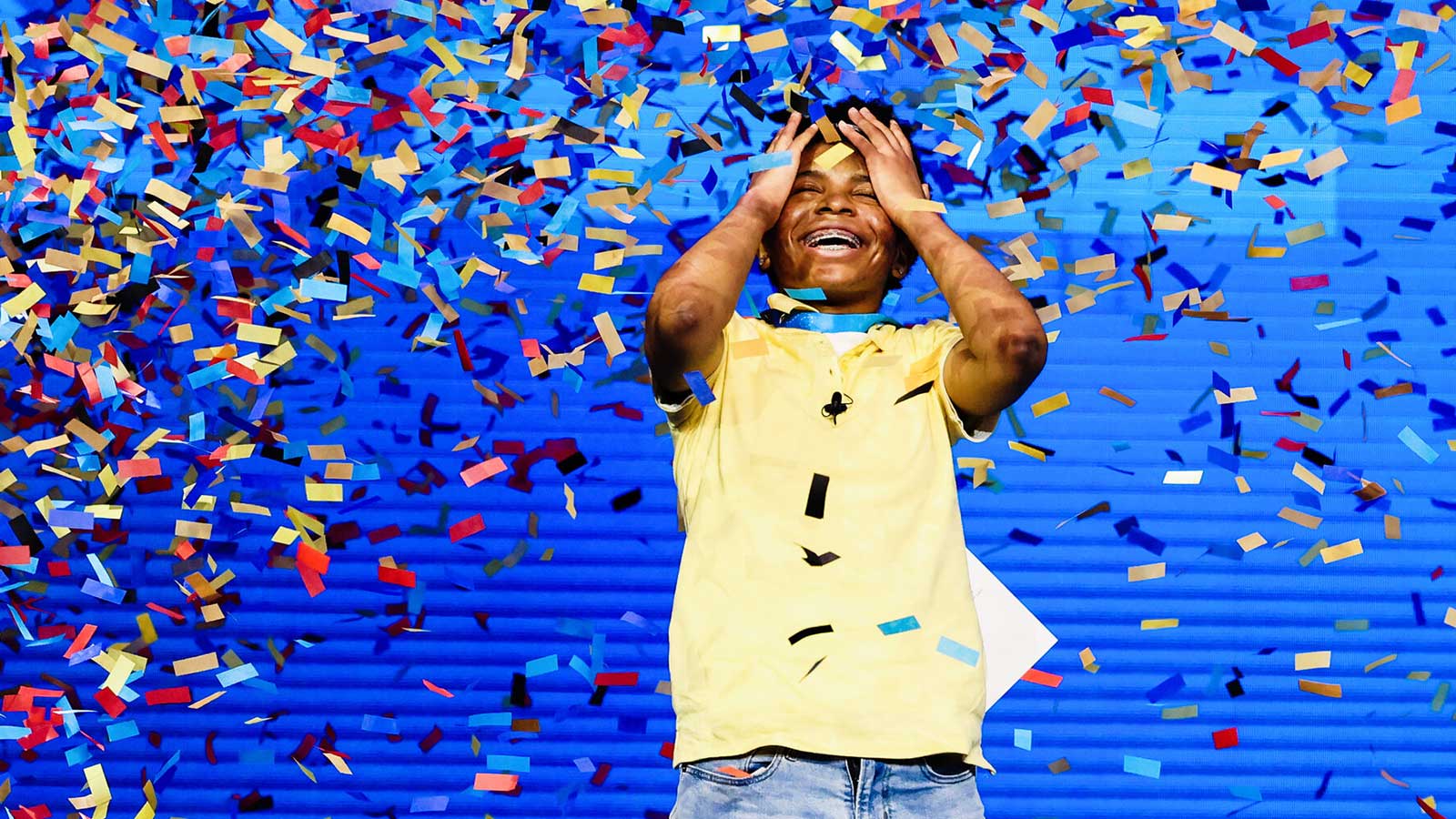 Zaila, a 14-year-old from Harvey, La., won on the word “Murraya.” She became the first Black American to win the Scripps National Spelling Bee in almost 100 years of contests.

The national spelling bee has been held for almost 100 years, and for decades, its organizers have steadily made the words more difficult, veering into the realms of medicine, art, zoology and antiquity. But students have consistently matched them.

Bee organizers imposed new rules this year, including a live vocabulary round, saying they wanted to challenge the skills of spellers who could exhaust their list of challenging words and endure marathon, four-hour contests like the one in 2019.

This year’s words were especially difficult, said Kory Stamper, a lexicographer and the author of “Word by Word: The Secret Life of Dictionaries.”

“I have the dictionary open in front of me, and I edited this dictionary, and I have not spelled any of these words right on the first try,” she said at one point on Thursday night.

And it did not take long for most of the 11 finalists to stumble. Words that foiled spellers included chrysal, athanor, cloxacillin, heliconius, torticollis, platylepadid and gewgaw, and at one point had to review a video replay to determine whether a speller said the letter I or Y. (He misspelled “ambystoma.”)

Several spellers were eliminated in a round of questions about word meanings, which Ms. Stamper said was a return to spelling bees’ origin as a broader vocabulary exercise. 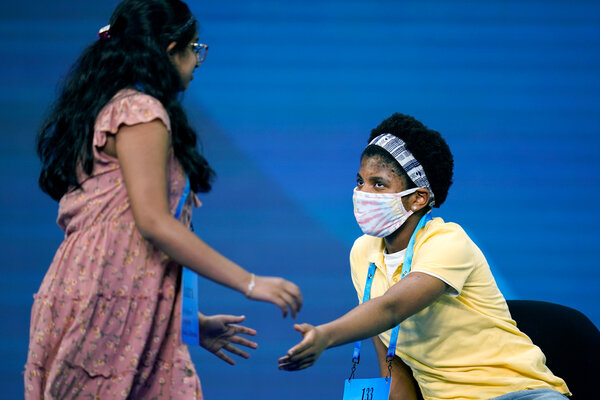 In the last few minutes of competition, it came down to two girls, Zaila and Chaitra Thummala, a 12-year-old from San Francisco.

The last few words were rattled off in a swift back-and-forth between them and the pronouncer.

First was “fewtrils” (things of little value), which Chaitra got right. Then “retene” (a chemical isolated especially from pine tar, rosin oil and various fossil resins), which Zaila spelled correctly.

And finally “neroli oil” (a fragrant pale yellow essential oil). Chaitra got that wrong, exchanging the O in “neroli” for an E.

That gave Zaila a chance to win it all with one more correct word.

At first, she seemed flummoxed by her word, “Murraya,” grimacing a little.

“Does this word contain like the English word ‘Murray,’ which would be the name of a comedian?” Zaila asked, referring to the actor, Bill Murray, and drawing laughs from the pronouncer and the judges.

She began to spell it, stopped herself, and asked for the language of origin (Latin).

Then, as with so many words before, she needed little time to solve its structure. She spelled the word correctly.

Unlike some of the other competitors, who train for years and treat spelling bees as a family enterprise, Zaila had only competed for two years.

Her victory was celebrated on social media by the likes of the first lady, Jill Biden, who attended the bee, former President Barack Obama and Bernice King, the youngest daughter of the Rev. Dr. Martin Luther King Jr. (The first Black winner was Jody-Anne Maxwell, a 12-year-old from Jamaica, who won the bee in 1998.)

Zaila was also the first student from Louisiana to win the bee, and was hailed by Mayor LaToya Cantrell of New Orleans. “Talk about #blackgirlmagic!” she said on Twitter. “We’re all so proud of you!!”

Like many past winners, Zaila attributed her win, in part, to luck of the words she drew. One of the few that rattled her on Thursday was “nepeta,” a genus of herbs. It was a word that Zaila said she had struggled with before.

“I got it this time,” Zaila said after her win. 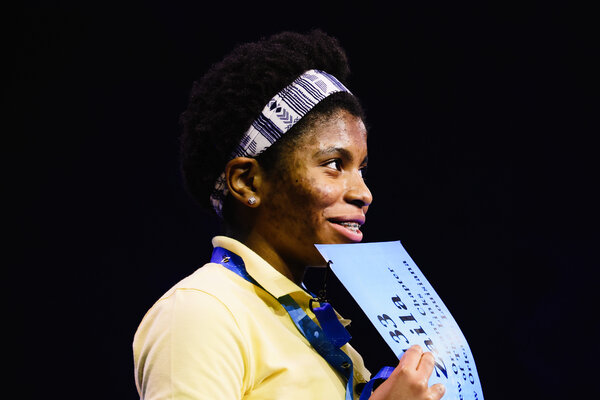 Zaila, who just finished eighth grade in Harvey, La., showed a prowess for spelling at 10, when her father, who had been watching the national bee, asked her how to spell the winning word: marocain.

Zaila spelled it perfectly. Then, he asked her to spell the winning words going back to 1999. She spelled nearly all of them correctly and was able to tell him the books where she had seen them.

“He was a bit surprised by that,” Zaila said in an interview before the finals.

But she did not start competing until two years ago, when she asked her parents if she could try a regional spelling bee. In the 2019 national tournament, she was tripped up by “vagaries” in the third round.

Zaila, whose father changed her surname from Heard to Avant-garde in homage to the jazz great John Coltrane, has for years found other avenues of success.

In 2018, she appeared in a commercial that showcased her skills alongside the N.B.A. star Stephen Curry. She also learned how to divide five-digit numbers by two-digit numbers in her head, a skill she said she has a hard time explaining.

“It’s like asking a millipede how they walk with all those legs,” said Zaila, who has three younger brothers.

Winning the bee became her next goal.