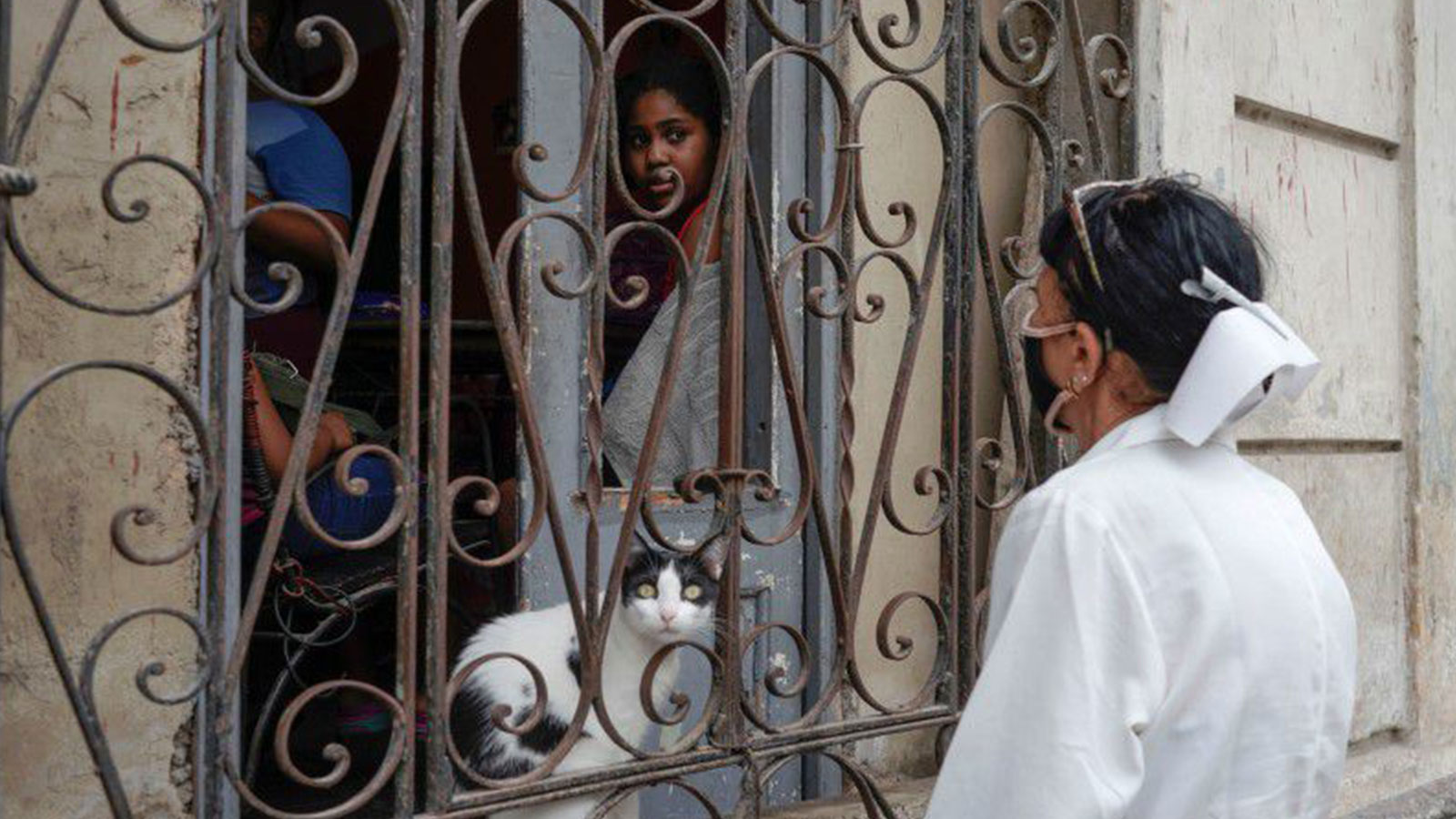 Cuba is bringing back hundreds of doctors working abroad and converting hotels into isolation centers and hospitals in order to battle a COVID-19 crisis that is overwhelming healthcare and mortuary services in parts of the Caribbean island.

The country, which managed to contain infections for most of last year, is now facing one of the worst outbreaks worldwide, fueled by the spread of the more-infectious Delta variant, even as it races to vaccinate its population.

One in five tests are positive, four times the benchmark 5% positivity rate cited by the World Health Organization. The seven-day average for confirmed COVID-19 deaths is around 52 per million inhabitants, six times the world average, although the real number could be much higher accounting for potentially undiagnosed cases.

The COVID-19 surge has come amid Cuba’s worst economic crisis in decades that had already resulted in medicine shortages and long queues for scarce goods that made implementing lockdowns tricky.

The predicament has come as a shock to some in the Communist-run country where the right to public healthcare is considered sacrosanct.

“I witnessed queues of more than 20 hours, people dying in the corridors (of the polyclinic),” wrote Ana Iris Diaz, a professor at the university of the central Cuban city of Santa Clara and self-professed “revolutionary”, in a Facebook post that went viral this week.

“I saw an elderly woman die after several hours of waiting and four days without an antigen test or PCR. Simply put, I saw what I would have hoped to never see: the collapse of our health system.”

Cuba’s Communist government did not reply to a request for comment. It has denounced the United States for tightening sanctions, saying this has also slowed down its vaccine rollout due to the difficulty of acquiring inputs. Critics blame more Cuba’s inefficient state-run economy.

“We are at the limit of our capacity for infrastructure, resources, medicine and oxygen,” President Miguel Diaz-Canel told a government meeting on COVID-19 on Monday.

Cuba was a COVID-19 success story last year, managing to contain the outbreak, dispatching doctors all over the globe to help and even developing its own vaccines, which it started applying in recent months.

Deaths in Cuba since the start of the pandemic are still only a half of the global average, according to official data.

The death toll is rising fast though.

In the eastern province of Guantanamo, artist Daniel Ross said a 30-year-old friend of his who caught COVID-19 had recently died due to a lack of medicines and oxygen.

“Here, we fight COVID-19 with Azitromicina, which costs 16 pesos usually in the pharmacy, but they haven’t had any for months now,” he said, adding that the cost had surged to 3600 pesos, equivalent to $150 on the black market.

Also infected and struggling to breathe, he said he was doing inhalations with yagruma leaves but sometimes could not even heat water because of the power outages that have become more frequent lately.

Ihosvany Fernandez, director of communal services in the province of Guantanamo, said on local television that total deaths there, from any cause, had surged at the start of the month to more than 60 per day from around 12 on average usually.

Official data show no more than 10 COVID-19 death daily in Guantanamo for those days suggesting underreporting in deaths from the respiratory disease.

One of the province’s incinerators had broken down due to overuse, said Fernandez, so they were installing another and using a variety of state vehicles to transport the corpses given insufficient hearses.

So far, a quarter of Cuba’s 11.2 million inhabitants have been innoculated with its two most advanced vaccines that officials say have proven more than 90 % effective in phase three trials.

In one bright spot, the case-fatality rate in Havana, where nearly two thirds of the population has now been fully innocculated, was just 0.69 % compared to 0.93% for the rest of the country in the first week of August, according to official data, suggesting the shots are working.

Source: Reuters
Featured Image: A nurse asks a family to get vaccination at a vaccination center amid concerns about the spread of the coronavirus disease (COVID-19), in Havana, Cuba, June 17, 2021. (REUTERS/Alexandre Meneghini)
Reporting by Sarah Marsh in Havana Additional Reporting by Nelson Acosta in Havana Editing by Alistair Bell