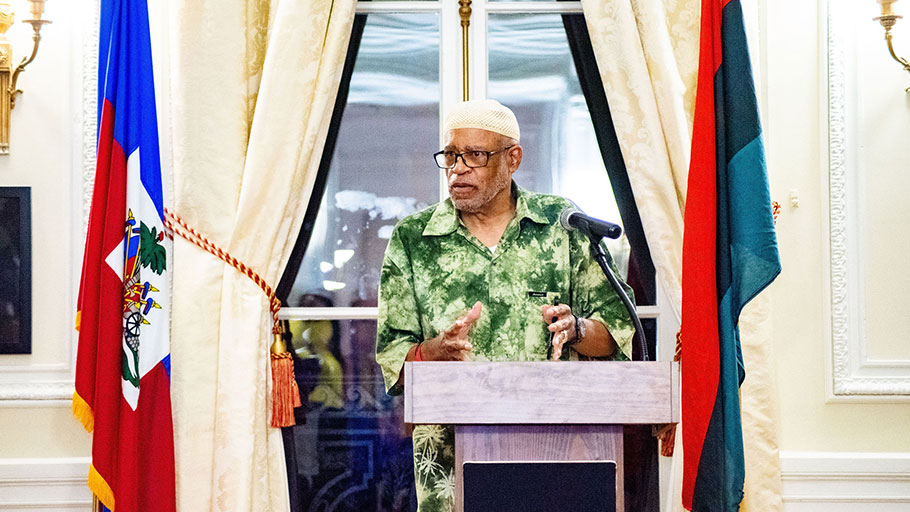 Dr. Conrad Worrill Joins the Realm of the Ancestors

Dr. Conrad Worrill of Chicago, Illinois founding member and National Chairman of the National Black United Front (NBUF) from 1985-2009 has made his transition to the realm of the Holy African Egun (Ancestors). Our thoughts and prayers are extended to his wife Mrs. Talibah Worrill, his children, his brother, his grand-children and large extended family.

Dr. Worrill’s contributions to NBUF are too numerous to fully account for. However, some efforts that stand out under his leadership include: The African Centered Education World Education Plan, We Charge Genocide Campaign against U.S. government, The Demand for Full & Complete Reparations, the Durban 400 delegation to the World Conference Against Racism and various political campaigns. Within NBUF some of us have been his contemporaries, some have been mentored directly by him, some he has served as surrogate father figure, for others he has been a sage elder and for all of us he has made a great impact on our lives. Travelling the Pan-African World he made us all proud representing NBUF.

As a scholar/activist Chairman Emeritus Dr. Worrill placed a meticulous focus on organizing African people, never too big to do the “little things” passing out flyers, setting up chairs and the like. While we believe in the collective, it is correct to say that more than other single people he is the reason NBUF has lasted for 41 years.

As a part of his ideological family we are assured that our ancestral realm is being fortified with his strong spirit, joining Baba Jitu Weusi, Momma Porter and so, so many others.

As tributes pour in and rightfully so, we all know the best tribute to Dr. Worrill is to continue the work of African Liberation on all levels.