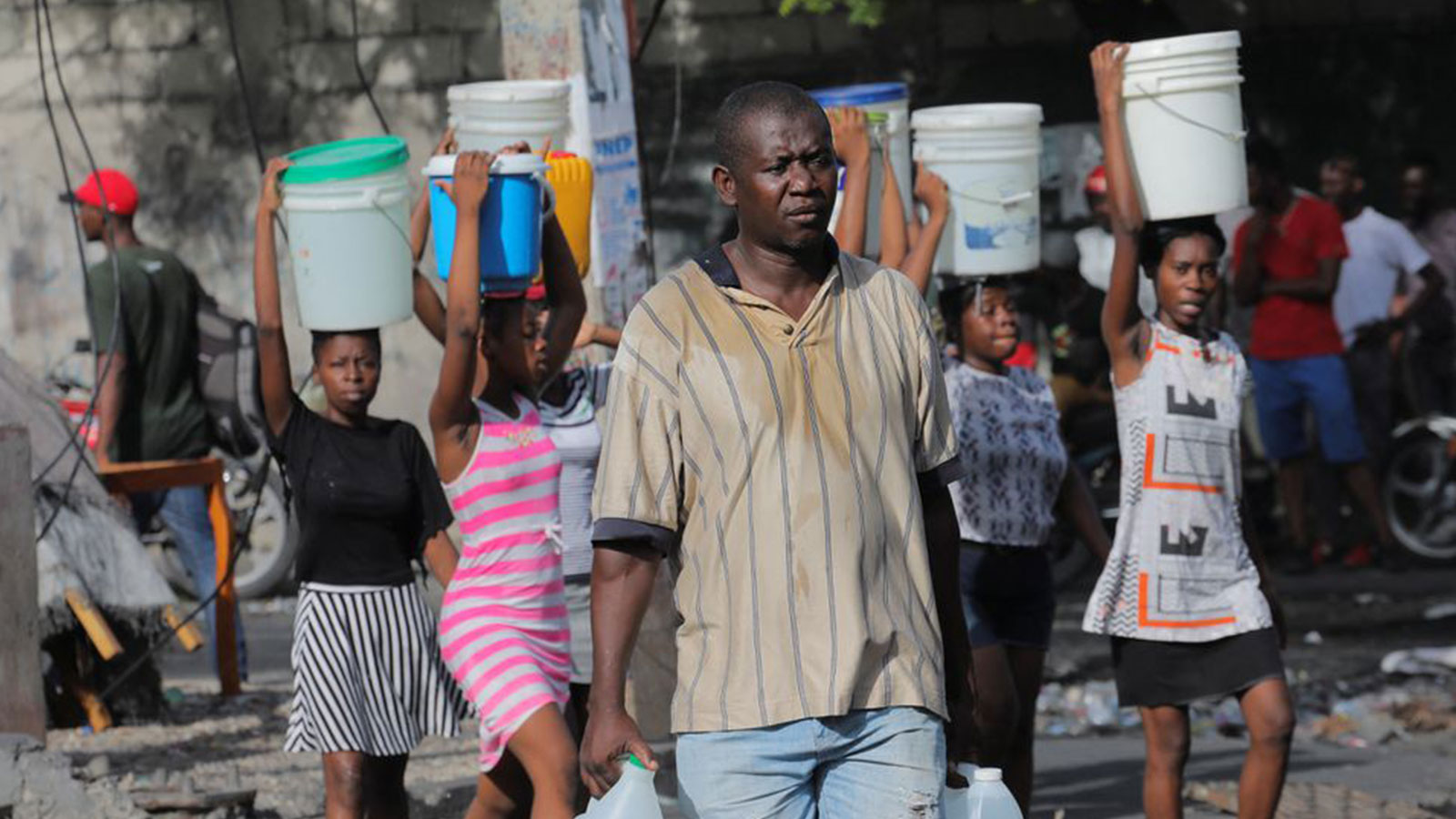 The Caribbean Community (CARICOM) today said it is “gravely concerned” by the continuing deterioration of the security situation and the social circumstances in Haiti, its member-CARICOM country.

“The continued breakdown in law and order, and its distressing effect on the people of Haiti, is intensifying. The fraught situation is exacerbated by the inability of the Haitian security forces to address the ongoing violence,” the 15-member regional integration grouping said in a statement.

It said that the unrest is having a negative impact on the already weak economy leading to even more mass demonstrations, “especially the worsening social conditions and the limited availability of food that require urgent and immediate attention from the international community.

“This persistently distressing situation is untenable, and CARICOM calls for all stakeholders to engage meaningfully with the aim to find a way forward and to put country first and address the situation urgently.”

The regional grouping said that following discussions in the past weeks, it “remains available to assist and work with international partners to mobilize financial and technical resources to facilitate a process towards normalization and ultimately the holding of free, fair and credible general elections”.

Last month, CARICOM leaders who were in Trinidad and Tobago for the second regional Agri-Investment and Forum Expo11, held a special meeting on the situation in Haiti where crime and political instability are seriously affecting the socio-economic development of the French-speaking country.

St. Vincent and the Grenadines Prime Minister Dr. Ralph Gonsalves told the Caribbean Media Corporation (CMC) then that the meeting provided the regional leaders with an opportunity to discuss and update Haitian Prime Minister Dr. Ariel Henry on the decisions taken during the CARICOM summit in Suriname in July.

Gonsalves said that while a decision had been taken for a CARICOM-led technical mission to visit Port au Prince for talks with all the stakeholders there, no date as yet been finalized and that plans are also being formulated for a meeting to be held in The Bahamas that would follow the technical mission’s visit.

The meeting in Nassau is expected to be attended by the stakeholders from Haiti, the African Union, Francophone countries, as well as the Community for Latin American and Caribbean States (CELAC) and the Organization of American States (OAS) among others, Gonsalves added.

In their communique following the July summit, the regional leaders had expressed “grave concern at the deteriorating security situation” in the country.

Today, the United States, acknowledging that the right to gather and protest is fundamental in any democracy, says it remains “a steadfast partner” to Haiti and also committed “to supporting the Haitian people during this challenging time”.

In a statement, the US is also condemning the acts of violence, looting, and destruction that have recently occurred in Haiti “and those who instigated these events for their own ends”.

“We call on Haitians to express their views in a peaceful manner that respects humanitarian actors and law enforcement and allows unfettered access to Haitians in need in order to provide food, water, and medical care,” the US said.

Washington said that since December, international partners and organizations have mobilized more than US$294 million in new commitments for Haiti; however, additional support is urgently needed, including contributions to the UN Security Basket Fund recently established by Canada.

“We continue to encourage Haitian interlocutors to reach an agreement on an inclusive political accord that will allow elections to take place as soon as conditions permit. Haitians throughout the country and across the social spectrum need to create the conditions that will allow a democratically elected government to take office as soon as possible,” the US Embassy statement added.

Criminal and political activities have increased on the island ever since President Jovenel Moise was assassinated at his private residence on July 7 last year.

People have taken to the streets demanding the resignation of Prime Minister Dr. Ariel Henry as well as calling for lower prices and urging the authorities to deal with the number of kidnappings for ransom and rival gang warfare.

Featured image: A man carries containers to fill with water amid water shortages due to daily protests against high gasoline prices and crime, and to stock up for Storm Fiona approaching in the Caribbean region, in Port-au-Prince, Haiti. September 17, 2022. REUTERS/Ralph Tedy Erol