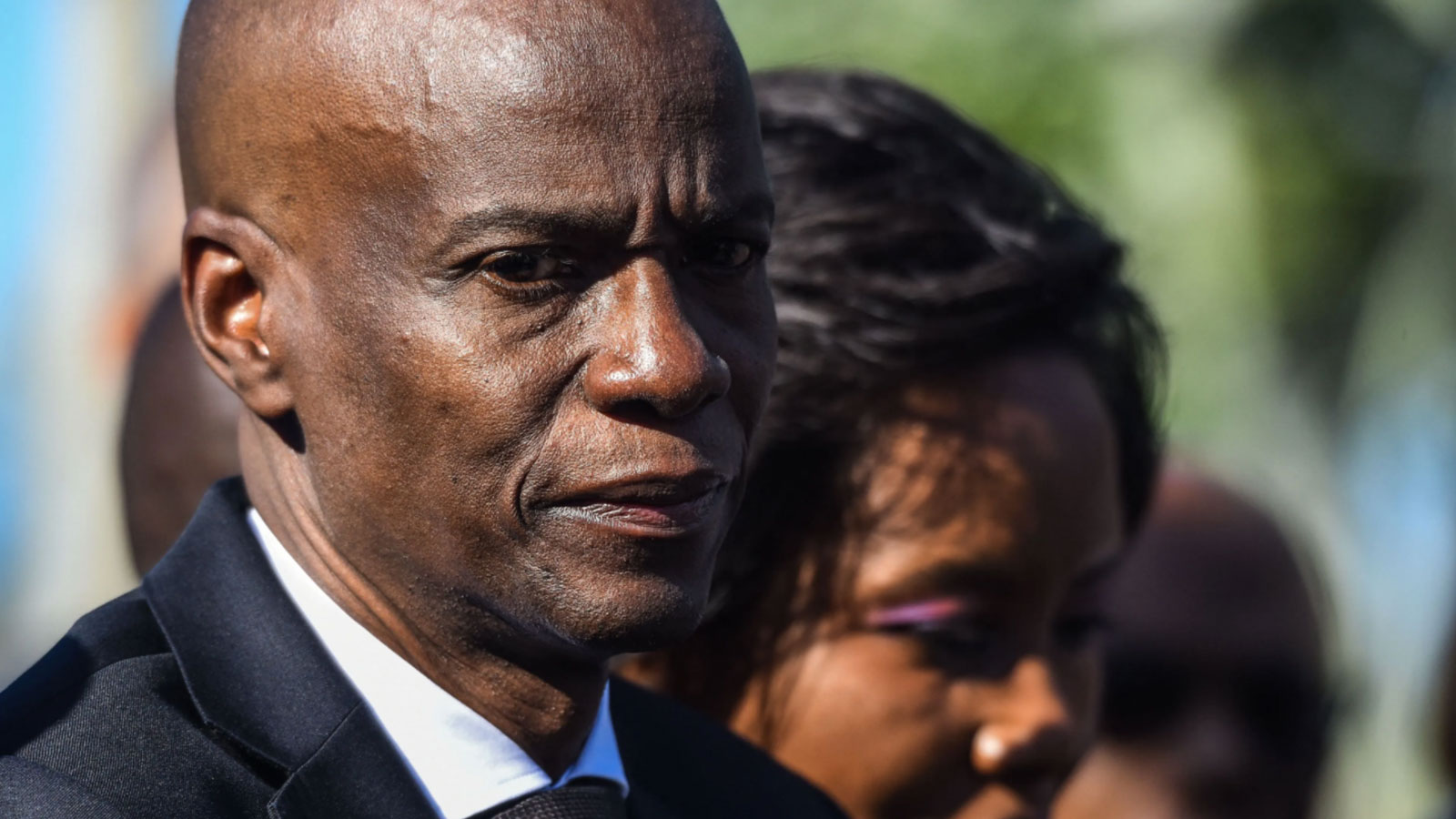 Haitian President Jovenel Moïse assassinated in attack on his home

There were mass protests this year in a bitter dispute over Moïse’s legitimacy.

The president of Haiti, Jovenel Moïse, has been assassinated at his home by unidentified gunmen, according to the country’s interim prime minister.

Moïse’s wife was also in critical condition after the bloody raid and was evacuated to Miami for treatment, Reuters reported, citing the Haitian envoy in the United States.

“A group of individuals who have not been identified, some of whom were speaking Spanish, attacked the private residence of the President of the Republic and fatally injured the Head of State,” Joseph wrote. The PM said that the first lady was also shot but has survived the attack.

Joseph condemned the “odious, inhumane, and barbaric act” and appealed for calm across the country. He said that all efforts are being made to “ensure the continuity of the State and to protect the Nation,” and concluded: “Democracy and the Republic will win out.”

AFP also quoted Joseph saying he has assumed control of the country and is blaming outsiders for the fatal attack. “The president was assassinated at his home by foreigners who spoke English and Spanish,” he said.

Early morning, the capital, Port-au-Prince was at a standstill, residents unsure what to believe. Joanes Rosulme, who works as a private home caretaker, said the streets were empty, not a car or motorbike circulated.

Rumors are running like wildfire on social media in Haiti. TripFoumi Enfo, a popular news website, said it had received information the attackers were indeed DEA agents, but also reported that they had been told these were armed bandits seeking to kill the “first citizen of the nation.”

The site claimed that as of 2:50 a.m., police were unable to break through to the presidential residence’s courtyard, writing: “The whole area was under attack, gunfire everywhere, it was total panic.”

It was an extremely confused picture early Wednesday morning. Unconfirmed word was spreading that First Lady Martine Moïse may have succumbed to gunshot wounds on arriving at a hospital but Frantz Duval, a well-known journalist at Haiti’s main newspaper, Le Nouvelliste, said she was still alive and being evacuated to an undisclosed country for treatment.

Earlier this year, Haiti was rocked by mass anti-government protests, with thousands taking to the streets in February to question the legitimacy of Moïse’s presidency. Haiti’s opposition argued that his five-year term should have ended this year, but he insisted he had one more year to serve.

There were supposed to have been elections held in 2018, but Moïse had been ruling by decree and declared that there was too much instability to hold free and fair elections.

The president said earlier this year that an assassination plot against him had been foiled, announcing to the press back in February: “I thank my head of security at the palace. The goal of these people was to make an attempt on my life… That plan was aborted.”

White House Press Secretary Jen Psaki was asked about the assassination during an appearance on CNN’s New Day. She said: “The message to the people of Haiti is that this is a tragedy. It’s a horrific crime and we’re so sorry for the loss that they’re all suffering and going through as many of them are waking up this morning and hearing this news.”

She added that the White House is still gathering details, but said: “We stand by them to provide any assistance that’s needed.”