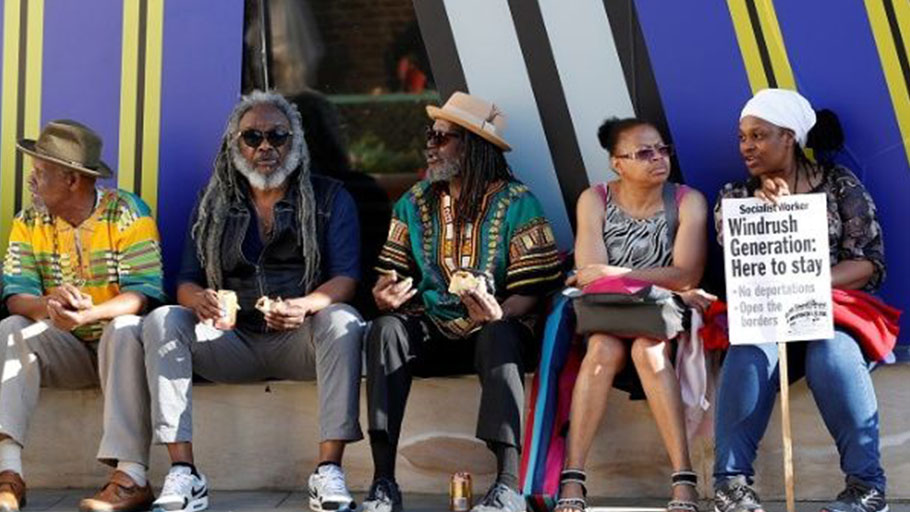 “It’s racism… The Windrush Generation has been treated abysmally by this government and it needs to stop,” protester Ros Griffiths told teleSUR.

“The issues are relating to the policies that have made it very hostile for immigrants and even when they arrived – some in the late 40s, some in the 50s and in the 60s, when my parents got here – it was hostile.

“Their policies and procedures alienated them; it marginalized them and it brought around segregation. They had to fight for their very existence. They were invited to this country to help build it and they were treated with disrespect and it continues into 2018. It has to stop.”

The rally, organized by Stand Up To Racism, called for ‘an amnesty for the Windrush Generation who were invited to the United Kingdom as British citizens.’

Journalist Gary Younge and the Labour Party’s Dianne Abbott were among several speakers at the rally. “I don’t want to live in a country that is hostile to migrants,” Younge said.

Weyman Bennett, from Stand Up To Racism, countered the narrative promoted by some media that the difficulties being faced by the Windrush Generation are simply a “mistake.” ‘

“This is not an office mistake, the reason why we’re here is because people like Theresa May are racist… Amber Rudd is a racist,” Bennett said.

Caribbean immigrants who arrived in the United Kingdom from countries which were then British colonies between 1948 and 1971 have faced increased threats of deportation, denial of social services.

Reports recently emerged that they had been labeled ‘illegal immigrants’ and might face deportation, news which prompted widespread outrage and forced an apology from British Interior Minister Amber Rudd and Prime Minister Theresa May.

A former Home Office employee told The Guardian this week that the Home Office had destroyed thousands of landing card slips documenting the arrival, despite warnings the move would make it difficult to check the records of Caribbean-born residents.

A change to immigration law in 2012 required people to show documentation for work, property rentals or benefits access, leaving those without such documentation in a precarious situation.