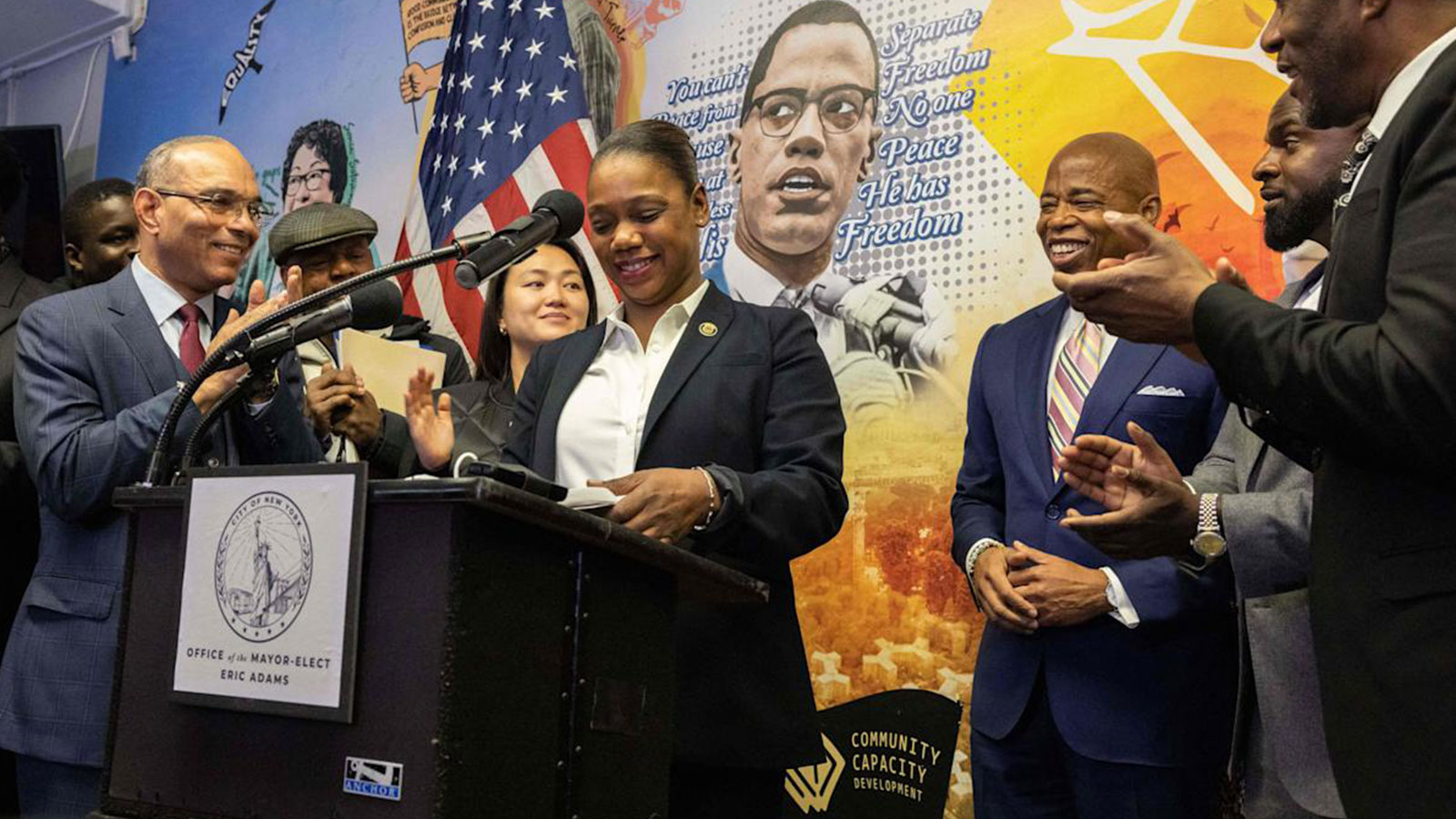 The selection of Ms. Sewell, the Nassau County chief of detectives, was seen as one of Eric Adams’s most critical appointments as incoming mayor.

By The New York Times —

Chief Sewell’s appointment, which is expected to be announced on Wednesday, was seen as one of the most important decisions for Eric Adams, the incoming mayor, as he begins to fill out his administration.

Her selection was confirmed on Tuesday night by Evan Thies, a spokesman for Mr. Adams. Chief Sewell, 49, was chosen from among a field of rumored candidates from within the New York Police Department and from larger police departments around the country.

Mr. Adams, a former police captain, ran as a centrist in the Democratic primary, promising to address a troubling rise in violence and to rein in police abuse. He will be counting on Chief Sewell to help him strike that balance.

Mr. Adams said in a statement that Chief Sewell was “a proven crime fighter with the experience and emotional intelligence to deliver both the safety New Yorkers need and the justice they deserve.” 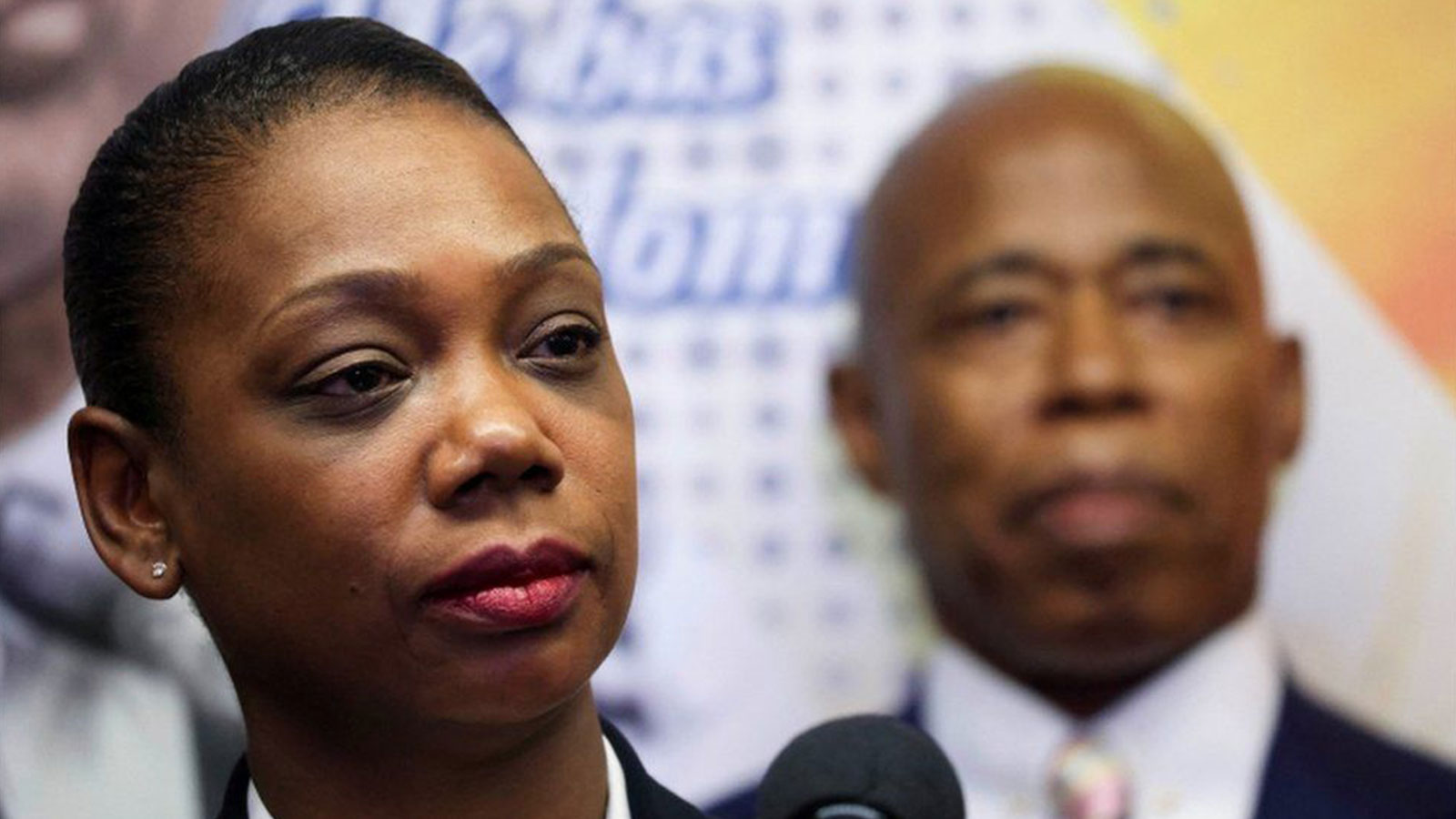 Chief Sewell comes from a department that has about 2,400 uniformed officers — less than a tenth of the size of the roughly 35,000 officers employed by the New York Police Department.

A person close to Mr. Adams said he had been impressed by Chief Sewell’s confidence and competence, and her experience working undercover. Her interview process was rigorous and included a mock news conference about the shooting of an unarmed Black man by a white police officer, the person said.

In 23 years with the Nassau Police Department, Chief Sewell, who grew up in Queens, worked in the narcotics and major cases units, and as a hostage negotiator. She was promoted to chief of detectives in September 2020.

Chief Sewell has been viewed as a rising star in policing circles, said Chuck Wexler, the executive director of the Police Executive Research Forum, which advises departments on best practices.

“This is a case of someone identifying her early on in her career and moving her up,” he said. “This is someone who has experienced every part of the department from patrol to internal affairs.”

Mr. Adams will announce her appointment at Queensbridge Houses in Long Island City in Queens, where Chief Sewell lived as a child. The appointment was first reported by The New York Post on Tuesday evening.

“I grew up in Queens,” Chief Sewell said in a video interview with The Post. “This is my city, and now this being my department, I feel like I’ve come full circle.”

Mr. Adams has said he is considering Philip Banks as deputy mayor for public safety, and Mr. Banks helped oversee the hiring process for police commissioner, according to two people familiar with the matter. Mr. Banks, a former chief of department, retired in 2014 amid a corruption scandal. He was never charged with a crime.

In January, Chief Sewell will take over the New York Police Department at what could be the most consequential moment in two decades. A national crisis of trust in American policing has emboldened efforts to reduce the department’s footprint, even as murder and shooting rates remain higher than they were before the pandemic. The relationship between the department and the city’s police unions is strained, and there have been growing calls for more transparency over policing tactics and disciplinary procedures. 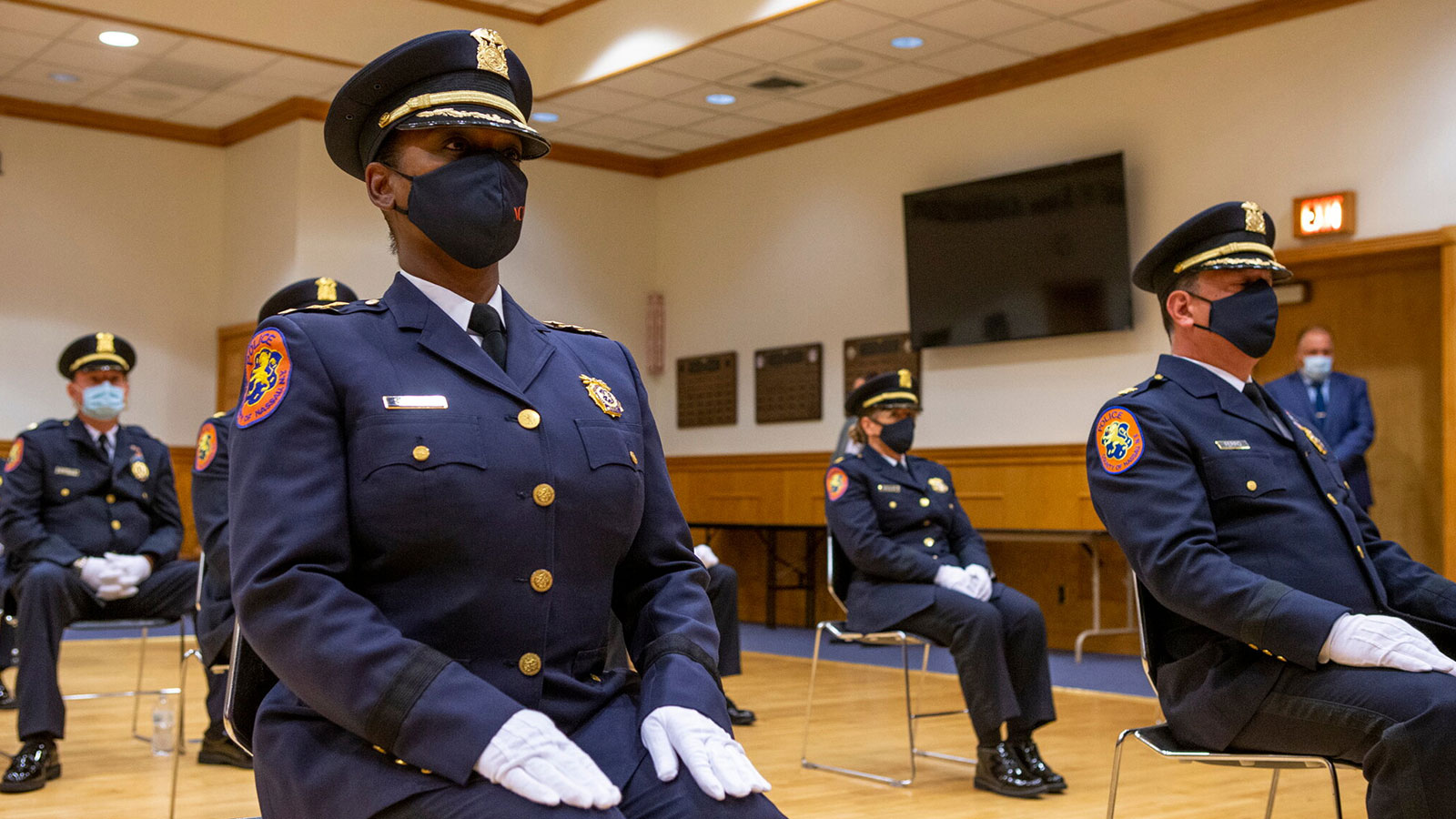 Chief Sewell comes from a department that has about 2,400 uniformed officers — less than a tenth of the size of the roughly 35,000 officers employed by the New York Police Department (Howard Schnapp for Newsday)

Mr. Adams, who will become the city’s second Black mayor, has criticized the left-wing movement to defund the police and has pledged to remove guns from the streets; he has also insisted that the city will be more proactive in removing abusive officers from the department.

Chief Sewell will also be the third Black commissioner to lead the city’s Police Department — a notable change for a police force whose upper echelons have remained overwhelmingly white and male.

Joyce A. Smith, the acting district attorney in Nassau County, said she was elated to hear that Chief Sewell had been selected to lead the Police Department at a time when the city was dealing with the pandemic, criminal justice reform and social justice demands.

Ms. Smith said that she met Chief Sewell last year and was immediately impressed by her ability to hold her own in the kind of space that can be intimidating, and where Black women are rare.

“She showed herself not only aware of the issues, but she knows how to fix problems, and that is a rare gift,” Ms. Smith said. “It’s one thing for us to spot the problem, but to know how to fix it quickly, I truly treasured that. We needed that in this time more than ever.”

Mr. Adams has promised major changes for the Police Department: bringing back plainclothes police units that were disbanded last year; diversifying a department where Black officers are underrepresented; and speeding up the disciplinary process for officers accused of wrongdoing.

For months, Mr. Adams had said that he would name the department’s first female leader in its 176-year history and considered several candidates, including Carmen Best, the former Seattle police chief; and Juanita Holmes, the current chief of patrol in New York. Mayor Bill de Blasio, a Democrat in his second term, had selected three Irish American veterans of the department for the top job.

The Legal Aid Society, a group that represents poor New Yorkers and has pressed for police accountability, said in a statement that it hoped Chief Sewell would bring a “new approach” to the department because policing in the city “remains fraught as ever.”

The next commissioner should “demonstrate an understanding that many community problems do not warrant a law enforcement response” and that “police misconduct must be taken seriously and addressed swiftly,” the group said.

Laura Curran, the Nassau County executive, said in an interview on Tuesday that Chief Sewell was a “wonderful choice” to lead the New York Police Department.

In response to concerns over aggressive tactics by the plainclothes units, known as anti-crime teams, Mr. Adams has said that he would handle the units differently. The elite units were disbanded amid the George Floyd protests as the police commissioner sought to avoid a fatal shooting, but officials did not have a backup plan as gun violence surged.

“It’s not anti-crime, but an anti-gun unit,” Mr. Adams said in a recent interview. “It’s having well-trained officers who are going to use their body cameras so that we can see their interactions. They’re going to specifically zero in on gang and gun violence.”

While Mr. de Blasio often had a fraught relationship with the police, and officers memorably turned their backs on him at an officer’s funeral, Mr. Adams was one of three candidates that the city’s major police union endorsed during the Democratic primary.

Ms. Sewell will likely have to steer the department through what could be one of its most significant restructurings since Sept. 11. Mr. Adams has criticized the defund movement, and instead, has said he would trim the police budget by cutting overtime, and redirecting more mundane functions to a civilian work force.

On Tuesday night, Patrick J. Lynch, the president of the major police union, said officers looked forward to working with her.

“We welcome Chief Sewell to the second-toughest policing job in America,” he said in a statement. “The toughest, of course, is being an NYPD cop on the street.”

Ali Watkins is a reporter on the Metro desk, covering crime and law enforcement in New York City. Previously, she covered national security in Washington for The Times, BuzzFeed and McClatchy Newspapers. @AliWatkins