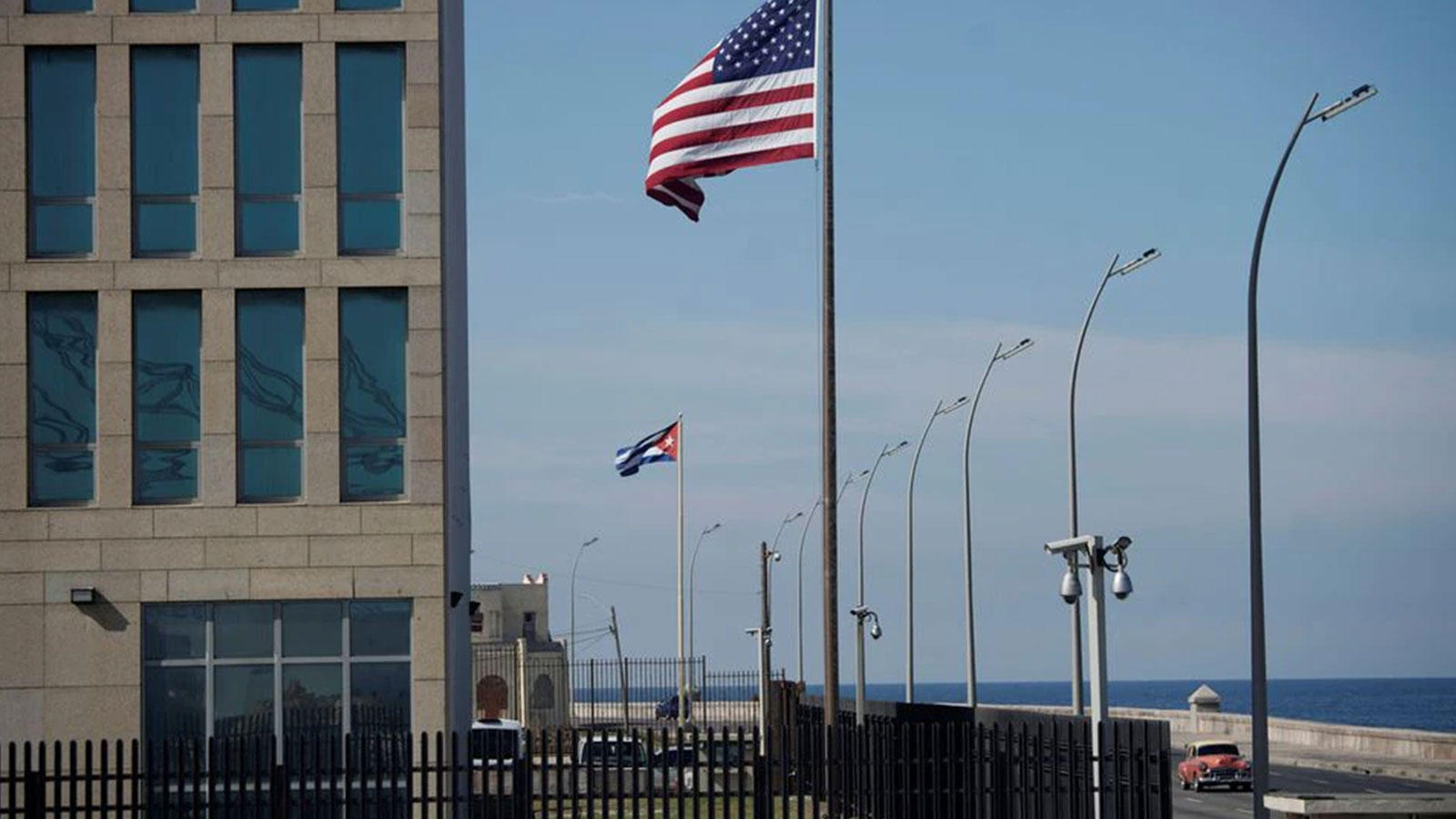 The United States doubled down on its tough stance and sanctions on Cuba after historic protests in the Communist-run island last month and said it would seek to support protesters.

But many countries in Latin America and the Caribbean, a region which is still scarred by Washington’s backing of coups during the Cold War and has shifted leftwards in recent years, are asking it to back off instead.

President Joe Biden branded Cuba a “failed state” in the wake of the July 11-12 protests over an economic crisis and curbs on freedoms. His administration imposed new sanctions on those who cracked down on protesters and promised the politically important Cuban-American community more actions were coming, like efforts to help Cubans circumvent “censorship”.

While the fresh sanctions are largely symbolic, they suggest a return to a period of detente under former President Barack Obama is not forthcoming.

Yet only 20 foreign ministers worldwide joined in signing the letter, signalling how relatively isolated Washington is on its Cuba policy, analysts said. Even U.S. allies like Canada who have condemned the Cuban crackdown and supported protesters’ right to freedom of expression did not sign.

Meanwhile, Cuba’s leftist allies in Latin America and fellow Caribbean island nations have focused their reaction on the contribution of the U.S. embargo to the country’s current humanitarian crisis, urging Washington to lift sanctions. Mexico, Nicaragua, Venezuela and Bolivia have sent aid.

Some countries in the region have also warned against U.S. meddling in Cuba’s domestic matters.

These regional divisions came to the fore last week when the Organization of American States had to postpone a meeting on the human rights situation in Cuba due to objections by more than a dozen member states.

“Any discussion could only satisfy political hawks with an eye on U.S. mid-term elections where winning South Florida with the backing of Cuban exiles would be a prize,” wrote Antigua and Barbuda’s ambassador to the OAS, Ronald Sanders, in a column published on digital platform Caribbean News Global.

“The task of the OAS should be to promote peaceful and cooperative relations in the hemisphere, not to feed division and conflict.”

He had sent a letter on behalf of 13 countries from the Caribbean Community or CARICOM – which though small, represents a significant voting block in the OAS – urging the body to reconsider the “unproductive” meeting, while other countries sent similar missives.

He also said he thought Biden must make a decision about the embargo against Cuba given that “almost all countries of the world” are against it, while Fernandez said it was up to no other country to decide what Cubans should do.

Mexico, Argentina and Bolivia all shifted left in recent years, while Peru last month voted in a socialist leader and Chile and Brazil appear poised to move to the left in elections due this year and next.

“We appreciate countries that defended the Latin American and Caribbean dignity,” said Cuban Foreign Minister Bruno Rodriguez, who has accused U.S.-backed counterrevolutionaries of being behind the protests following years of open U.S. funding of democracy programs on the island.

The Chair of the OAS Permanent Council described the objections to the Cuba meeting as particularly unusual.

A U.S. State Department spokesperson said it was “deeply disappointed” the OAS meeting did not take place, adding: “The people of the Americas have a right to hear from the Inter-American Commission on Human rights about the situation in Cuba”.

“We will continue to work within the OAS to press for democracy and human rights in Cuba and throughout the Americas and are confident this informational meeting will indeed take place in the coming days.”

William LeoGrande, a professor of government at American University in Washington, said the problem was the OAS had under Secretary-General Luis Almagro “adopted a strident partisan stance totally aligned with U.S. policy”.

Biden was inheriting a regional foreign policy from former U.S. President Donald Trump focused mainly on Nicaragua, Cuba and Venezuela, that had alienated much of Latin America, said LeoGrande, pointing out the Latinbarometer opinion poll showed a sharp decline in the image of the United States.

The OAS General Secretariat declined to comment while the State Department spokesperson said “Almagro’s leadership in supporting democracy and respect for human rights in the Americas” had returned the OAS to its original purpose.

Biden, a Democrat, had vowed during his presidential campaign to ease some of the sanctions on Cuba tightened by his predecessor Donald Trump, a Republican, raising hopes of a return to the Obama-era detente.

But analysts say the protests have complicated his leeway to do so, especially after he made a poorer-than-expected showing with voters in south Florida’s anti-communist Cuban-American community, which backed Trump’s tough policies toward Havana and helped him win the presidential election battleground state.

The Democratic National Committee last week launched a digital ad campaign in Florida highlighting Biden’s “commitment to the Cuban people and condemnation of communism as a failed system.”