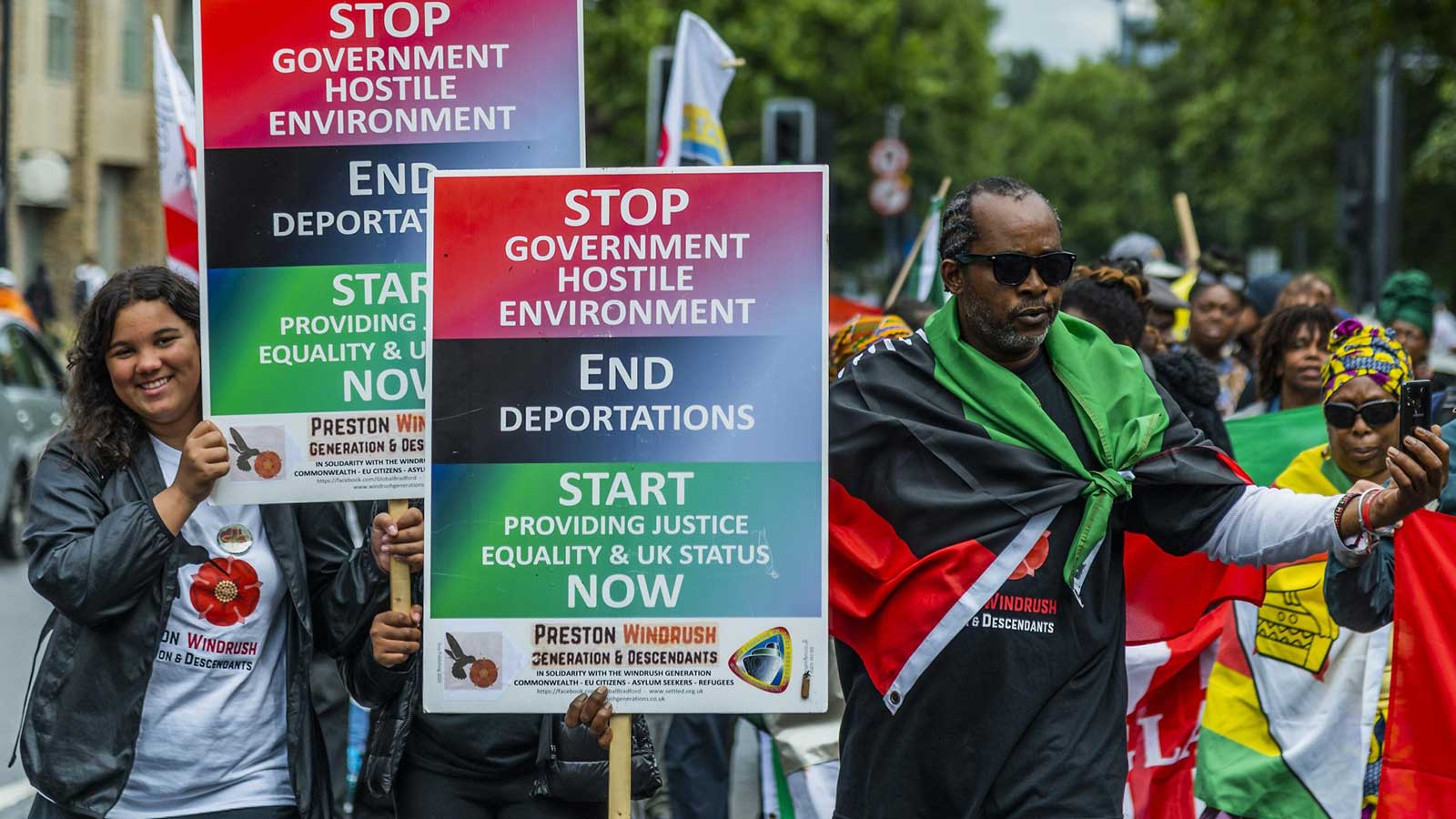 Hundreds of people have gathered in south London to call for reparations and restored citizenship for the Windrush generation and their descendants.

The event, organised by a coalition of campaigning groups, was staged in Max Roach Park, Brixton, where the crowd listened to speeches expressing solidarity with African people as they marked the end of slavery in the British empire.

Esther Stanford-Xosei, spokeswoman for the African Emancipation Day Reparations March Committee and coordinator general of the Stop the Ma’angamizi campaign, described the event as a day of “non-violent direct action”.

She told the PA news agency: “This is not just about compensation. Reparation is about repairing harm, and there’s a lot of harm going on today. We are in a state of emergency. Our children are dying, we have been misled, we have been hoodwinked. Our people have been sold a lie about our life here in Britain. Now, after many of our foreparents have worked their butts off, they’re being deported.

“We are here today, honouring so-called Emancipation Day. But we’re also sending a key message to the British state and other European governments that we have not forgotten the injustices against our foreparents.”

Lorna Downer, 55, and the Rev Fujo Malaika, 51, travelled from Manchester to attend the event. Malaika said: “We’ve been coming down for years. We’re passionate about our people. We want to see change, we want our people to stop experiencing racism. We’re letting the community know we want change too.”

Downer added: “It’s about supporting the call for reparations and for things to change. It’s about people realising the truth about Emancipation Day because history has been mistold.”

Another event in nearby Windrush Square, organised by the Windrush Defenders Group and the Manchester Reparatory Justice Forum, also heard speeches. Some members then walked to Buckingham Palace and handed in a manifesto calling for better support for members of the Windrush generation.

Anthony Brown, co-founder of Windrush Defenders Legal, said: “We all have to understand the issues. If we have members of our community being treated in the way like the Windrush generation, this will continue. We, the British public, have to decide how we’re going to address that and repair the harm that has been done.”