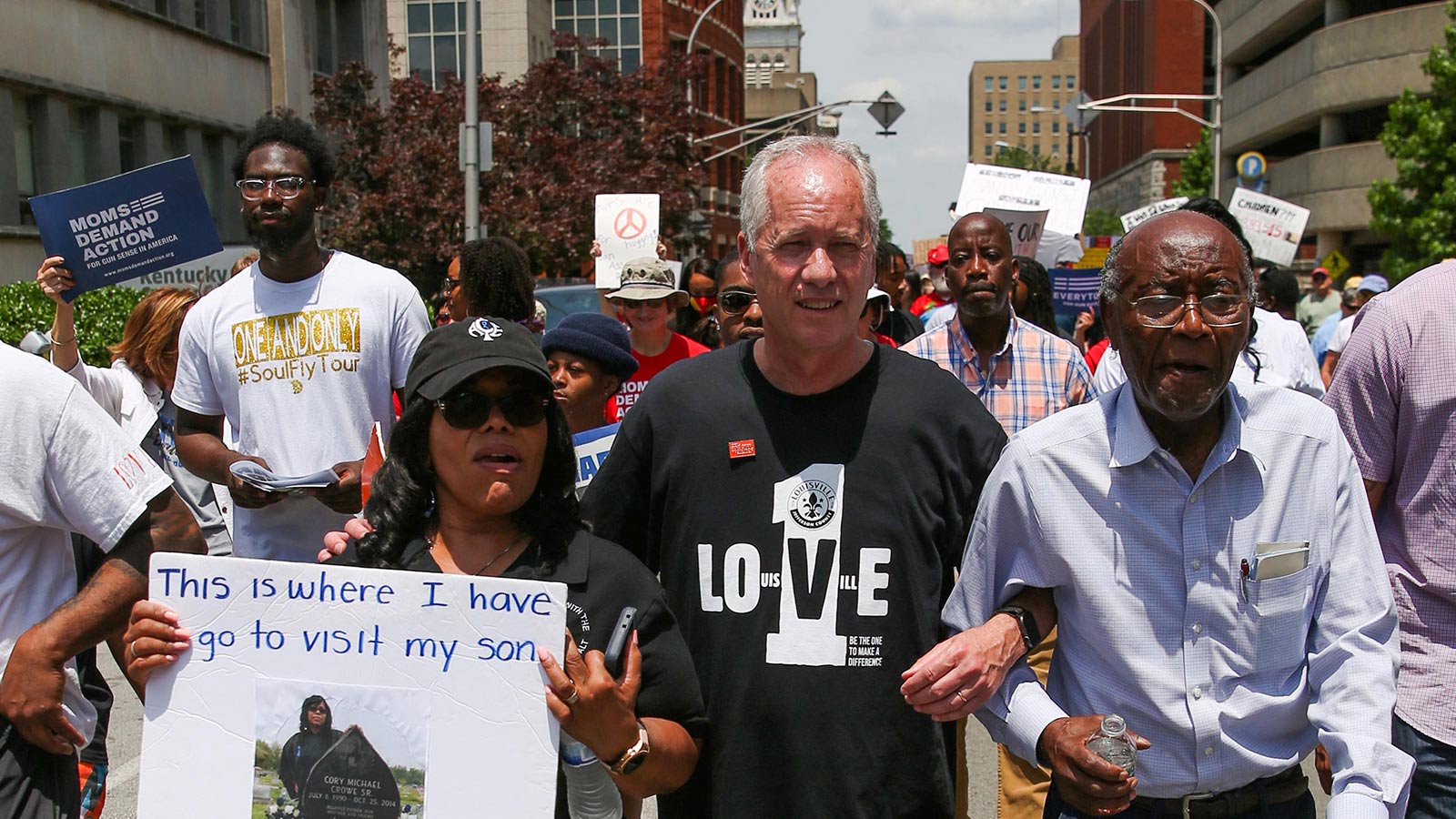 Three days before Juneteenth — a holiday celebrating the emancipation of enslaved people in the 1800s — Mayor Greg Fischer apologized to Louisville’s Black residents, acknowledging the city’s role in instituting and upholding racist systems that have oppressed them for generations.

“I cannot erase all the injustices from the first slave ships to today,” he said Thursday at the Kentucky Center for African American Heritage. “But what I can do is offer a sincere apology from me as a person and, more importantly, on behalf of the institution of the city government of Louisville.”

The apology came during a Juneteenth luncheon organized by the Metro Human Relations Commission.

Following the speech, the Rev. Corrie Shull, a Jefferson County Public Schools board member, told the audience it had just witnessed history.

“Thank you, sir,” he said to Fischer. “We salute you for taking that stand today.”

Fischer, who’s third and final term ends this year, has drawn criticism for his handling of the police killing of Breonna Taylor, a 26-year-old Black woman shot in March 2020 by officers serving a no-knock search warrant at her south end apartment.

On Thursday, Fischer cited Taylor’s “tragic death” as an example of injustices wrought by white people and specifically police, though he did not apologize directly for her killing.

In the coming weeks, he said, Louisville Metro Police Chief Erika Shields “will have more to say on the history of institutional abuse of Black Americans by police.

“For now, along with this apology, I pledge to continue to fight injustice for my remaining time as mayor, and all my breaths thereafter.”

Fischer’s speech followed a public apology he made last month to members of the Black Six, a group of Black business people and activists who’d been accused of plotting to destroy buildings in the West End during a weeklong rebellion in 1968.

Their court case stretched on for two years before going to trial, where Judge Rush Nicholson ruled prosecutors hadn’t presented enough evidence to warrant the charges. He directed the jury to issue a verdict of not guilty.

“Until we acknowledge the harm that’s happened in the past, it’s hard to move on,” Fischer said before a May panel featuring two members of the group. “I wasn’t there then, but I’m here now. I represent an institution. So I apologize.”

At the luncheon, Fischer said that moment got him thinking about other injustices the city has contributed to, including the sale of enslaved people at downtown markets, urban renewal that destroyed Black neighborhoods in the mid-1900s and trauma that was perpetuated against Black residents who fought for equal rights.

“Those that represent institutions may be hesitant to acknowledge that harm, even if they were not present at the time of the offenses,” he said. “But the stain of the historic harm remains, and acknowledging the stain is absolutely necessary to move forward.”