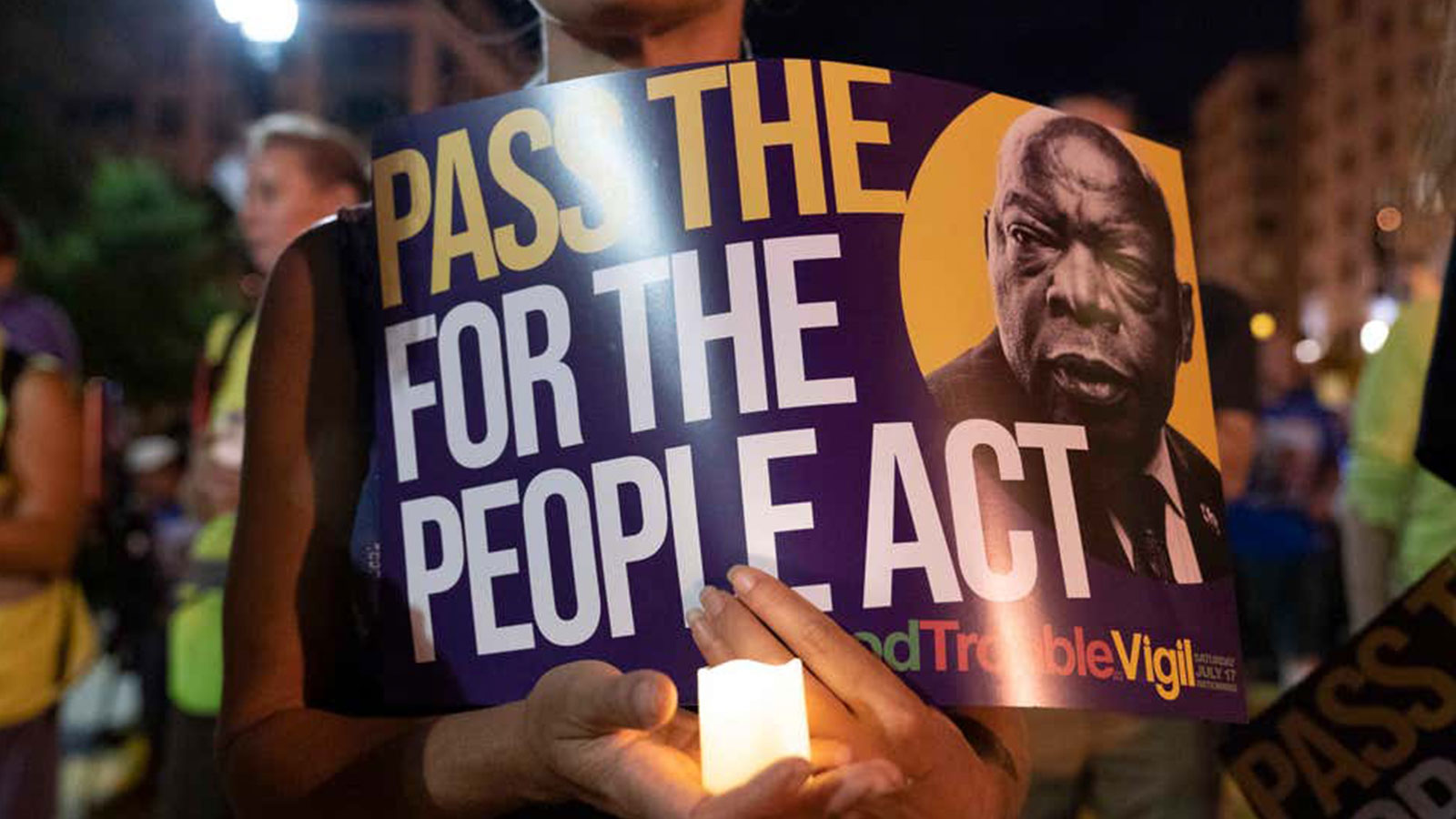 You Are Here: Home » Blog » News & Current Affairs » ‘March On for Voting Rights’ Demonstrations to Mark Anniversary of 1963 March on Washington

58 years ago, Martin Luther King Jr. led thousands in the historic March on Washington. This year, King’s son and other organizers will march for voting rights.

By Rachel Pilgrim, The Root —

On Saturday, protestors will gather nationwide to mark the 58th anniversary of the March on Washington during the March On for Voting Rights, a gathering in which organizers will demand that Congress pass both the John R. Lewis Voting Rights Act and the For the People Act, according to USA Today. The two bills have significant Republican opposition and would require the filibuster being overturned, but for many civil rights organizations, the bills’ passage means protecting the Black vote.

The demonstrations this year will call on Congress to pass the John R. Lewis Voting Rights Act (H.R. 4) and the For the People Act (H.R. 1).

The John Lewis Voting Rights Act is meant to restore parts of the Voting Rights Act of 1965 that Supreme Court decisions have struck down. It’s named after the late John Lewis, a Georgia congressman and voting rights advocate. The legislation passed the House on Wednesday and is expected to face significant opposition in the Senate.

The For the People Act also centers on expanding voting rights through banning partisan gerrymandering and changing campaign finance laws.

The demonstrations happening in more than 40 cities across the country will be led by Martin Luther King III, whose father led the historic march 58 years ago, as well as Arndrea Waters King, Rev. Al Sharpton and other civil rights leaders. Organizations participating include March On, the Drum Major Institute, the National Action Network, the Future Coalition, the Service Employees International Union, 51 for 51, and about 200 other partners.

USA Today reports the march will also be a protest against almost 400 bills in 48 states that will make it harder for people to vote in the midterm elections next year.

Other bills, many of which have already been signed into law, ban ballot drop boxes and mail-in voting, impose harsher voter ID requirements and prohibit giving water to voters in line. The Brennan Center called this wave of restrictions “the most aggressive we have seen in more than a decade of tracking state voting laws.”

Advocates say these efforts target Black voters and other voters of color, who have faced voter suppression throughout U.S. history.

“It also makes it tragic that we’re at a place where, as my mom used to say, every generation has to re-earn or earn its freedom. Because theoretically, we should be beyond voting rights,” said Martin Luther King III, NPR reports. “We should be addressing other issues.”

Last year for the March on Washington, the demonstrations demanded justice for victims of police brutality.

According to NPR, activists have already held a demonstration earlier this week calling on President Biden to put pressure on Congress to pass both bills. Biden has been vocal in his support of the two bills but has said he won’t intervene in the filibuster process. Although Biden cannot change the current filibuster rule, NPR reports, Democrats and activists have said that his influence and support can sway votes.

Featured Image: In this July 17, 2021 photo, a person holds a candle and a poster with an image of the late Rep. John Lewis during a rally in support of voting rights, at Black Lives Matter Plaza in Washington. (Photo by Jose Luis Magana, AP)