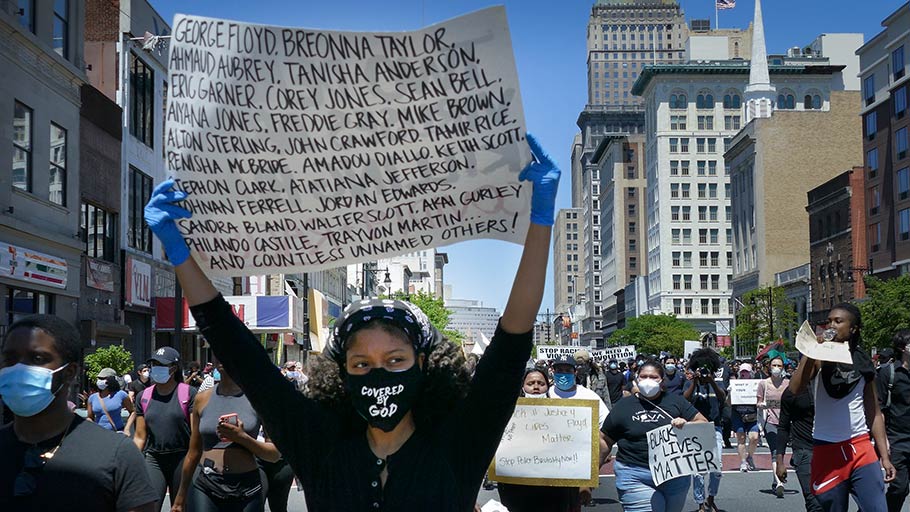 Saturday, May 30, 2020 – A rally and march by People’s Organization Progress is held to protest the police killing of George Floyd. The (now former) officer, Derek Michael Chauvinhas been charged with 3rd degree and manslaughter. Photo by Michael Mancuso, NJ Advance Media for NJ.com

He was only 9 at the time, but Newark Public Safety Director Anthony Ambrose can still remember the rioting sparked by police brutality against a black man in 1967 that left 26 people dead and the city scarred for decades.

When plans were announced for a protest Saturday in Newark over the death of George Floyd at the hands of a white Minneapolis police officer, Ambrose said he couldn’t dismiss the memory of what happened in Newark a half century ago.

“It did cross my mind,” he acknowledged late Saturday night, after hours of primarily peaceful protesting in Newark and in several other cities around New Jersey.

Thousands of protestors took to Newark’s streets, many venting anger and frustration with choruses of “I can’t breathe” and “No justice, no peace!” The few incidents, including a flag burning, the spray painting of a statue of George Washington, and the slashing of tires on a Newark police vehicle, stood in contrast to looting, fires and violence in other major cities.

At least 13 police officers were injured in Philadelphia when peaceful protests turned violent and at least four police vehicles were set on fire. In New York City, dangerous confrontations flared repeatedly as officers made arrests and cleared streets.

Newark Mayor Ras Baraka set a tolerant tone heading into Saturday’s protests in the state’s largest city. He called the plans by a civil rights group, the People’s Organization for Progress, for a demonstration by the historic Essex County Courthouse along Market Street an “appropriate” response.

Ambrose also condemned the brutal tactics used by the fired officer, Derek Chauvin, to subdue Floyd, and called him “a police officer who murdered an individual.” Chauvin, who held his knee to Floyd’s neck as he begged for air, was arrested Friday and charged with third-degree murder and second-degree manslaughter.

Ambrose attributed Saturday’s relative calm to training he said Newark officers have received to de-escalate situations and avoid being drawn into potentially violent confrontations. He thanked other departments for their assistance, and had special praise for the restraint shown by his own.

“Every Newark Police officer out there today did a hell of a job,” Ambrose said in a brief interview Saturday night outside the Newark Police horse stable. 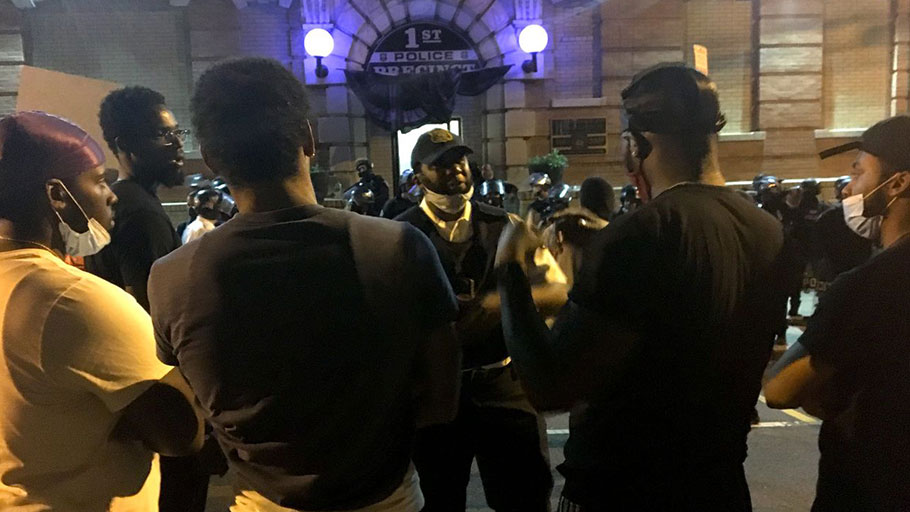 Capt. Gary Vickers of the Newark Police Department engages several men against outside the NPD’s 1st Precinct station house. Newark avoided the kind of violence that many cities experienced Saturday during protests against the police-custody death of George Floyd in Minneapolis. Steve Strunsky | NJ Advance Media For NJ.com

At a separate protest from the one by courthouse, a crowd estimated at more than 1,000 demonstrators gathered in front of the Newark Police 1st Precinct station house on 17th Avenue Saturday afternoon. The crowd had thinned to less than 200 by 9 p.m., though the anger had not all dissipated.

The demonstration remained peaceful, and in many cases protestors engaged in friendly or focused conversation with officers and police commanders, before the crowd completely dispersed by 10:40 p.m.

Newark’s population is just over one half Black, according to the U.S. Census. The demonstrators also reflected a mix of races.

“It surprised me that there were a lot of white people out here, because I thought it would be dangerous for them,” said 21-year-old demonstrator Ralphie Iselfonso of Paterson, who identified as “Afro-Latino.” “People are very emotional.”

But, he said, “There are a lot of peace-loving people out.”

Iselfonso said he had travelled to the protest in New Jersey’s largest city from his home in Passaic County, “because I felt like it was something really important.”

Thomas Idiang, a local activist known as Afrika, said he went to the 1st Precinct protest from his home 15 blocks away after hearing that, “there were some kids challenging the cops,” and he wanted to do what he could to calm things.

Idiang, 40, who runs a local non-profit educational organization, Ma’at Youth Services, was familiar to many present and attracted some of the crowd’s attention with an informal, animated talk on the importance of community and political organizing and participation.

“I agree that they have to challenge the system,” Idiang said of Saturday’s protestors. “We pay the taxes, we are the government. But if it’s not organized, if it’s not centralized, it’s just chaos.” 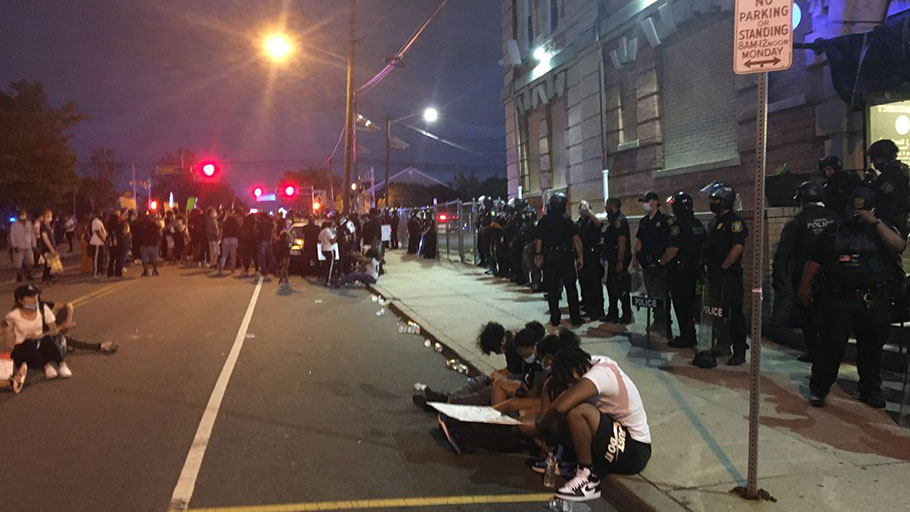 A demonstration outside the Newark Police Department’s 1st Precinct station house was largely peaceful on Saturday. Fewer than 200 protestors remained by about 9 p.m., after police said a peak of at least 1,000 had gathered in front of the station earlier in the day. Steve Strunsky | NJ Advance Media For NJ.com